The Orchestra Now at Carnegie Hall 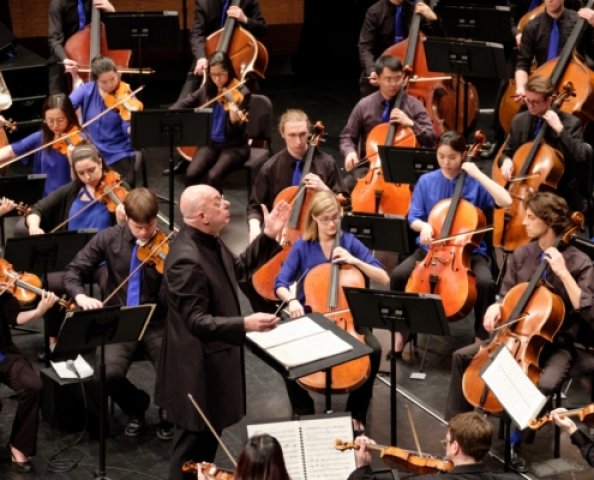 The Orchestra Now will perform an adventuresome program twice in New York, this week and next.  They will feature the works of William Grant Still, Carlos Chávez, Witold Roman Lutoslawski and Karl Amadeus Hartmann.

Still's  Dismal Swamp is a musical portrait of a dreary swampland that assumes a strange wild Beauty. Based on a single theme, it moves slowly, and rises to a tremendous climax. In three movements, the finale has a thrilling  rhythmic drive and intensity, using interrupting rests and short motives to create a sense of instability and tension.

Carlos Chávez was a champion of Mexican nationalism in music. His compositional style has been compared to that of Stravinsky, Bartók, and Copland. His uniqueness lies in the inclusion of authentic Mexican sounds and Aztec musical themes from the indigenous culture that surrounded him since his early years. His unique style was achieved by new sonorities and compositional developments.

Chávez’s Piano Concerto is a work of extreme complexity. for the pianist as well as for the orchestra. The monumental first movement is an exhaustive sample of Chávez’s mature musical language, and a magnificent exhibition of the proficiency in composition and orchestration that Chávez had reached. It features abrupt changes from one block of sound to another, often without any transition or preparation; contrasting and sharp rhythms; the use of native scales; unique timbres; the intensive use of percussion; and the piercing sounds of the E-flat clarinet and piccolo.

Symphonic Variations, Lutos?awski first successful work after completing his conservatory training, represents his early style of neoclassicism with folk elements. While tonal, it is also highly chromatic with sharp rhythms and energetic exchanges between instruments. Foreshadowing his stint as a film composer, the piece ends with a cinematic finale featuring a soaring brass reiteration of the theme while upper strings and woodwinds play fast flourishes. As the name suggests, Lutoslawski employs a theme and variations form. The main theme is quite simple, but his approach to variations is unusual in that he doesn’t number them or clearly distinguish between them. They flow seamlessly from one to the next, so much so that commentators can’t agree on exactly how many variations there are. Some have said twelve, others have said eight. As you’re listening, try to notice: how many variations do you hear

Karl Amadeus Hartmann Symphony No. 1, Essay for a Requiem takes texts from Walt Whitman’s Leaves of Grass. It presents an impression of life under the Nazi regime The first movement depicts the misery caused by tyranny, injustice, and oppression. The vocal part of the movement is slow and recitative-like. The second movement begins at a fast tempo. It gradually relaxes for the vocal part. The third movement quotes a theme from Hartmann’s own anti-war opera Simplicius Simplicissimus. In the fourth movement, the vocal part reaches an intense climax. The final movement starts with sprechstimme (a vocal technique between speaking and singing) accompanied by percussion. This leads to a melodic section and then reverts into the recitative-like style of the first movement.

Thursday May 12 at Carnegie Hall. Tickets here.
Symphony Space, New York on May 22