Offers Master's Tap Class on May 27 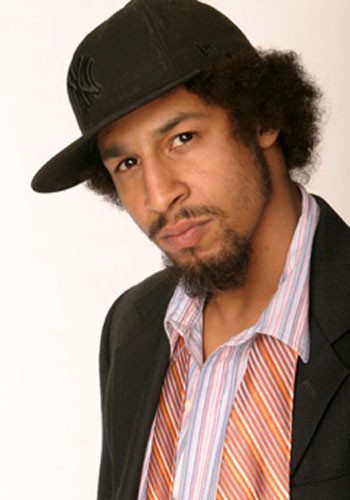 Saratoga Performing Arts Center has announced that Jason Samuels Smith, one of the best tap artists in the world, will teach a Master Class at The National Museum of Dance on May 27 from 6:30 p.m. to 8:00 p.m. Tap dancers of intermediate ability who are at least ten years old are eligible to participate in the class which will be team-taught by Samuels Smith and his troupe of professional dancers. Reservations are required and may be made by contacting the National Museum of Dance at info@dancemuseum.org or 518-584-2225. The cost is $15 per person.

"This is an extraordinary opportunity for tap dancers to learn from one of the finest tap artists in the world. Jason Samuels Smith is a multi-talented, award-winning dancer and choreographer whose dance skills and cutting-edge choreography consistently generate raves from critics and audiences," said Marcia J. White, SPAC's President and Executive Director. "We are thrilled to be able to give regional tap dancers the chance to learn first-hand from this incredible artist. I'd like to thank our partners at the National Museum of Dance for generously donating studio space so that we could make this opportunity available to the community."

"The next evening, Jason Samuels Smith and his super-troupe, A.C.G.I. will put their extraordinary tap skills on display for a not-to-be-missed performance at the Spa Little Theatre," she added.

Jason Samuels Smith is a performer, choreographer and director widely regarded as one of the leaders in the art form of tap. His skills first gained notice as a 15-year-old tap prodigy performing in principal and lead roles in Savion Glover's Tony Award winning Broadway show, Bring in Da’Noise, Bring in Da’Funk. Performances in Broadway productions, jazz and dance festivals followed.

More recently, Samuels Smith co-starred in Dean Hargrove’s “Tap Heat,” an award-winning short film and in Outkast’s feature film Idlewild. Debbie Allen has featured his talents in several productions including the AMC television series Cool Women, Sammy (a tribute to the life of Sammy Davis Jr.), and in a leading role of Soul Possessed with Patti LaBelle, Arturo Sandoval and Carmen DeLavallade. Samuels Smith has also appeared as a special guest on Fox's hit series So You Think You Can Dance, as a chorographer for Grammy Artist Mya on Secret Talents of The Stars, and as an associate choreographer for Dancing With The Stars. He also continues to tour the US and India with India Jazz Suites, a dynamic collaboration with Kathak Master Pandit Chitresh Das.
He has an Emmy and American Choreography Award for “Outstanding Choreography” for the Opening number of the 2003 Jerry Lewis/MDA Telethon in a tribute to the late Gregory Hines. On November 9th, 2009, Jason received a prestigious Dance Magazine Award.

In explaining his selection, Constance Valis Hill noted,  "…it is for being ferociously passionate; for ‘re-sounding’ the rhythmic cadences of the elders; for bringing tap back to the jazz beat; for influencing the next generation of rhythm dancers; for celebrating the power of women in tap; and for investigating the spiritual terrain of the art form that Jason Samuels Smith is deserving of a 2009 Dance Magazine Award…"

Samuels Smith founded tap company A.C.G.I. (Anybody Can Get It). Among the troupe’s recent performances was an exclusive 2-week sold-out engagement at Jacob’s Pillow Dance Festival in 2009. His latest project is Charlie's Angels: A Tribute to Charlie Parker.