Music in Berlin and Amsterdam

Meeting the Demands of Covid 19 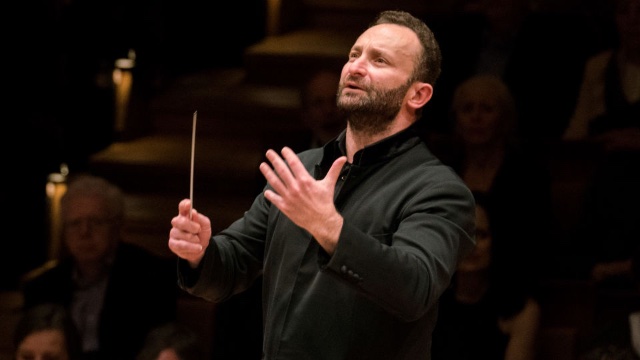 Music and the Virus

On March 8, five days before lockdown, the Amsterdam Gemengd Koor (mixed choir founded in 1928) gave a performance of Bach’s St John Passion in the great hall of the Concertgebouw. That concert will be remembered for many tragic reasons.

Four people associated with the chorus – one singer and three partners of chorus members – died of Coronavirus after the concert, and 102 more fell sick, some seriously. The chorus has 130 singers in all. The conductor Paul Valk was among those who were hospitalized.

This is a dramatic illustration of the dangers for both artists and audience in this time of pestilence.

The Berlin Philharmoniker, perhaps the world’s greatest orchestra, has opened their digital concert world for free.  This allows us to safely enjoy their music, although of course we are denied the pleasure of live.

Kirill Petrenko was chosen to lead the Philharmoniker by the self-governing orchestra after Sir Simon Rattle's retirement. His appointment came as a surprise to some, because Petrenko is not a showy conductor. His profile outside of Europe has been low. Yet listening to the music he makes with his orchestra, one is transported into new sonic worlds.

Now he must address the problem of keeping instrumentalists safe as they perform.  A mute audience to be imagined is also a challenge.  Artists do not get the live vibe as they are received.

Petrenko’s first program presented under our new restrictions was the annual European concert.  In 1882, 54 musicians broke away from their orchestra when they were booked on a fourth class train trip to Warsaw. The Philharmoniker was founded.  The expanded orchestra celebrates this anniversary each year.

Petrenko's special qualities are immediately evident. We feel his thorough commitment to music.  In fact, he is suffused with it.

He is also committed to offering music in these difficult times.  He is however fully aware of the demands of keeping his orchestra performers safe and keeping his audience safe too.

To this end, he offered Arvo Pärt, György Ligeti and the Samuel Barber Adagio along with Gustav Mahler’s Fourth Symphony.  The early part of the program could be performed with relative ease using social distancing and streaming.

The Mahler is quite another story.  Those of us steeped in opera (Petrenko is) know that cutting the great works so that they are more accessible to people with crowded schedules has been a subject of debate for years.  Here the reduced orchestral version of a Mahler symphony was full length, but more manageable under current constraints. Mahler Lite is by no means simple.

Mahler’s works are often written for an orchestra of more than 100 instrumentalists.  The orchestration of the Fourth Symphony is smaller than that of the Second and Third.  Erwin Stein, a student of Schoenberg’s, pared it down for the Society for the Private Performance of  Music in 1921. The Berlin Philharmoniker in chamber form with fifteen artists performed this reduced work.  Two pianos graced the stage.  Everyone was at proper social distance.

The performance was revelatory.  Textures created by many duplicating and triplicating instruments are now reduced to one. You do not get the huge sounds.  Yet you hear the details with a never before accessible clarity.  The wonder of Mahler takes on a new dimension.  Christiane Karg sang the soprano solo as a rich conclusion.

Watching the Maestro, who probably prefers not being called one, is also revelatory.  The music seems to set in him.  Like a soloist releasing a lyric line, the music emerges from both consideration and passion. This young man (he is just 48) may set the stage for a whole new approach to music.  He has arguably the world’s finest orchestra not at his command but on hand to collaborate.  As you watch him, your heart goes out to the music and the man.  Try Berlin.  It is well worth your time.