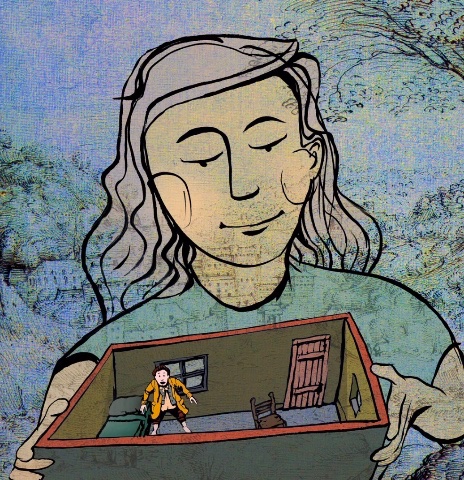 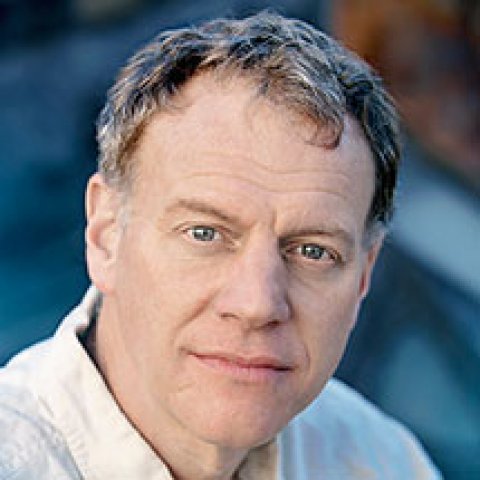 BFA:You speak of an interest in all art forms. How has this impacted your design decisions for Gulliver’s Travels?

Doug Fitch: I've been a puppeteer since I was about four when my father used puppets to help me practice my violin. It's been a tool through which I've discovered all sorts of art forms because it encompasses both visual art and vocal arts. You're making an entire parallel universe when you build a puppet show - it encompasses everything.

When I got to college, Peter Sellars called me up and said, “You're the only other puppeteer on campus, that means we have to get together immediately.” And so we did. I began to realize that puppetry was a great way to understand how to direct and envision an opera.

BFA: You've stated that you use puppets when humans can't do the job. Can you explain? Please discuss the use of puppets in Gulliver.

DF: Puppetry is similar to magic and mime in that it requires the audience to add an element of their own imagination in order to complete the circuit and make it believable. Otherwise, it's like playing with dolls. When you have a performance of close-up magic, you're doing something that is impossible. That's what's exciting about it. That's what we do in puppetry and in mime - building a world that only resides in the imagination of the viewers.

Puppetry is linked to those kinds of worlds. But when you add opera, which is the most abstract art form ever conceived, you've got this extraordinary world of abstraction, which tells a story on a plane that doesn't happen any other way. People make puppet shows that they don't really need to make, for instance, a regular opera with regular people, and then they just use puppets. One of the great things about puppets is that they don't need to follow any of the rules of gravity or logic. They just obey the laws of the imagination.

BFA: Use of scale is often on display in your work. Is there a fine artist whose work has affected your choices? Do you employ this in your work for Victoria Bond’s Gulliver?

DF: I find scale to be a valuable tool for taking us to another realm of possibilities very quickly, very easily. Because one of the things that theater is, is performing stories of people who don't fit well into the real world. You can use scale as a powerful metaphor for that. Either the person is too small or too enormous, and they don't fit in the world quite literally. That's an instant picture that tells a story. Very famously, Alice in Wonderland follows those kinds of qualities.

As a child, I was interested in building models of houses and architecture, and later I was designing houses too. Other kids are interested in building model cars, model boats, model airplanes. I was just interested in model buildings. One day, I realized how important a staircase is, or a chair, or anything that you immediately sense has a direct relationship to the human body. When you place a chair into any environment, it immediately tells you what scale you intend to work with. The same thing is true of a stairway. You can take a miniature stairway and move it around anywhere, and suddenly it's in a plant or it's next to a chest of drawers. Immediately there's a whole world that is suggested. Who's taking that stairway? How big is the chest of drawers? That invites an audience into a world where they already know their imagination is required to connect the dots.

Gulliver is very much about scale issues from its inception. The Gulliver that we know is the one who's tied down by Lilliputians. Most people think that's the entire story, but that's just the first chapter. In the next chapter, it's giant people, where Gulliver is just as small as the Lilliputians were in the previous scene.

He is patronized by a young girl who thinks he's just so cute and he's trying to be a proper Englishman, civilized and mansplaining the world as a colonialist, imperialist and a gentleman. Then we go to worlds where it's impossible to say what the scale is, in which there are hyper-logical people who don't make any sense at all. They build their houses from the roof down, for instance. Finally, you understand from Gulliver that the logic he is using is one of satire, to turn the tables on the colonialist attitudes of his own time. And, we're dealing with it now. It just destroyed so many cultures and worlds, simply by having a narcissistic, cultural, myopic point of view.

BFA: Use of scale is often on display in your work.  Is there a fine artist whose work has affected your choices? Do you employ this in your work for Victoria Bond’s “Gulliver”?

DF: All puppeteers often use scale as an element because it's a natural part of the language. There are people I am very inspired by, like Gaetano Pesce, a material designer visionary who uses functional objects as a satirical perspective. I'm constantly in awe when I go to museums and see how people have recorded what they have felt and seen in their mind's eye, and the way in which they sculpt it or paint it.

The important thing for people to know is that Gulliver's Travels is not a book about a white guy going around trying to colonize other places. It's the precise opposite of that, that's why it's important right now. That it was a huge mistake to go out and try to take over the world and destroy all other cultures. It's about the opposite of white supremacy, about him realizing that there's a more inclusionary way of dealing with the world that is more pluralistic and it should be. Accepting the differences between people is what it's about, not trying to conquer them.

Also on the program are Herschel Garfein's King of the River and Robert Paterson's?The Companion. The performance takes place at the Sheen Center for Thought & Culture (18 Bleecker St, New York, NY) on May 13, 2022 at 8:00 pm.