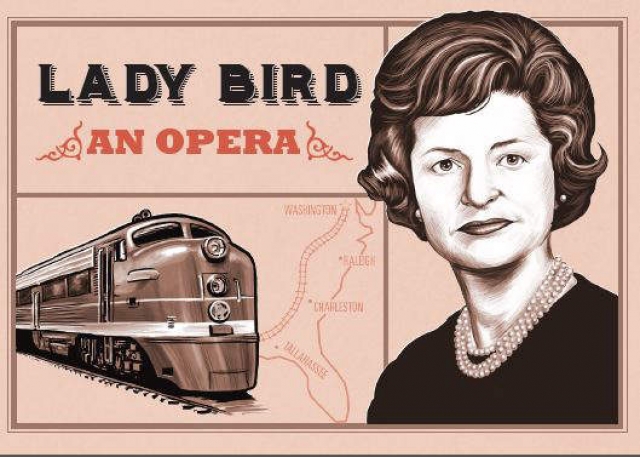 Fireworks the Opera. What does it mean to be American? 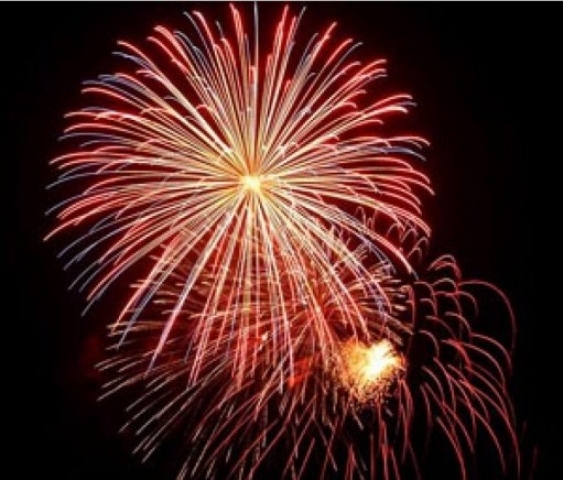 Our current First Lady is MIA. It is good to have a former first class occupant of the role present on stage. While the Texan Lyndon Johnson had stood before a mirror, watching and listening to himself transform the word 'nigger' to "Negro,' Lady Bird comfortably took to the rails with her daughters and tried to make all folks ready for true integration.

The opera begins with the swearing in of the new President on Air Force One on that fateful day in Dallas, 1963.  We flashback over the First Lady's life. As a small girl she watches a man being lynched.  Projections of the Hill Country in Texas and then Virginia, South Carolina and Georgia place us in Lady Bird's life and travels, as she takes her whistle-stop campaign tour, with the orchestra evoking the sounds of the train's motor and woodwinds blasting an arrival notice.

The vibrant score echoes our folk music, classic and jazz, and rock as it rolls out. The Pledge of Allegiance has a lovely choral setting.

Singing by the principals is distinguished. Karen Luna as Lady Bird was poignant and lyrical. George Heath was an eloquent, forceful Lyndon. Jacob January and Flora Kirou delicately created the young Lyndon and Lady Bird.

Orchestration was vivid. The libretto is filled with the wit and provocation we expect of Harnick, who also created Fiddler on the Roof.

The chorus shone particularly in the final anthem which anticipates the war on poverty, the creation of a great society and the beautification of the land.   In the end, the final projection spreads wide across the stage.  It is filled with blue bonnets on a sunny scape and Lady Bird in a gardening bonnet smiles out at us.

The star of Kitty Brazelton's and Billy Aronson's Fireworks is the Intergalactic Toqueville, IT.  Jacqueline Caruana is transfixing as a traveler from space who arrives to investigate the weird lights that burst annually from a wide urban park space.

Again we have projections on multiple panels stage right and left which depict picnickers perhaps listening to the Tchaikovsky's 1812 Overture on the 4th of July.  We are set in time present.  The real picnickers are scattered across the front of the stage and spend most of their time on Smart Phones.

Stepping forward to meet IT are a goofy nerd, a quarreling mother and daughter, and an ambitious actor.  Gamal ElSawah dramatizes the Nerd in Eliott Gould style. The mother is sung with consummate despair by Joanna Mielesko.  Her bratty, but familiar daughter was captured to perfection by Sofia Ben-Hur.  Jacob January and George Heath amused as the actor and groundskeeper.

Jacqueline Caruana takes on the challenge of singing many note in her own space language. She is bemused and confused by the goings-on of earthlings.  How can they stab dropped papers on the ground, and fight Her voice has a delightful edge and pure tones, often clarion calls of dissonance.  All the singers were miked, which is becoming more common as musical theatre and opera mix.

Brazelton is associated with the American Opera Project, which is credited with bringing opera into the 21st century. It is rare that we have a former topless dancer who is half Boston Brahmin compose an opera, but if this is the outcome, brava.

As IT arrives, we are deeply rooted in the future. The music mixes dissonance, jazz and classic with charm and incision. Hunter presents moving and engaging productions of contemporary opera as part of the NY Opera Fest.