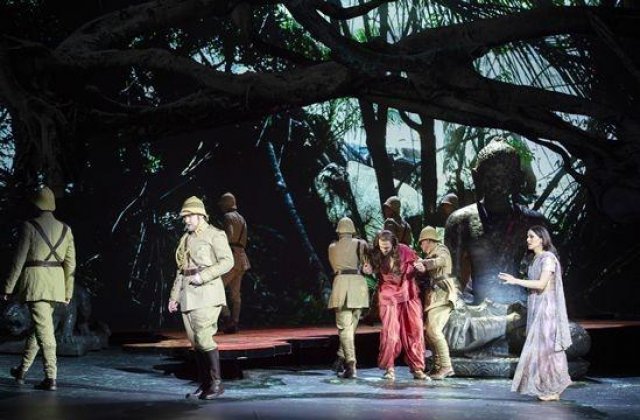 Poro - all photographs by Monika Rittershaus 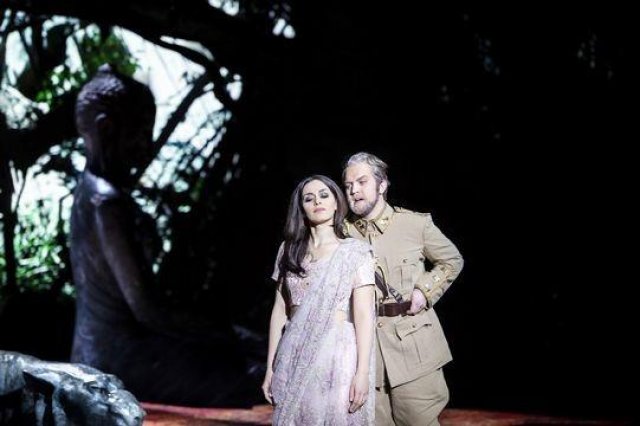 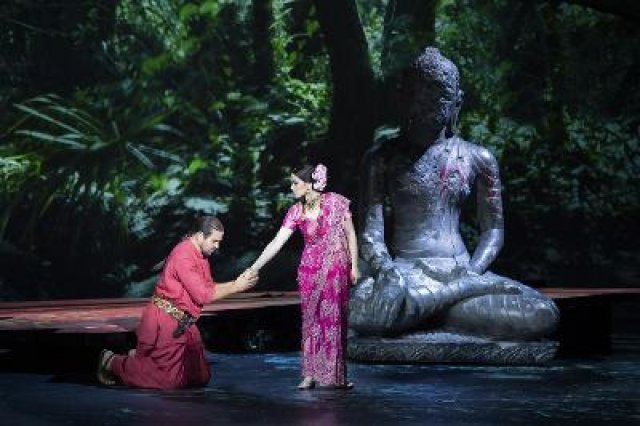 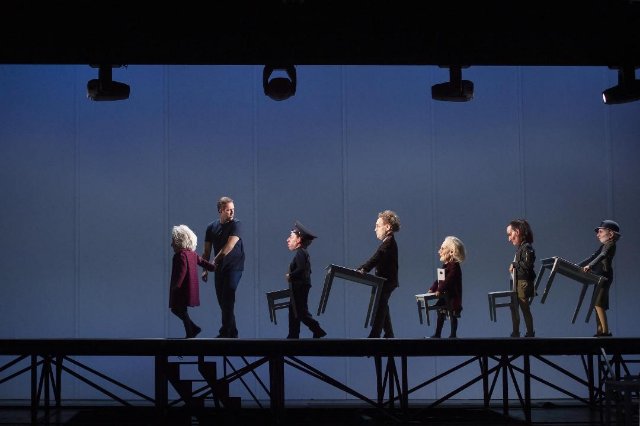 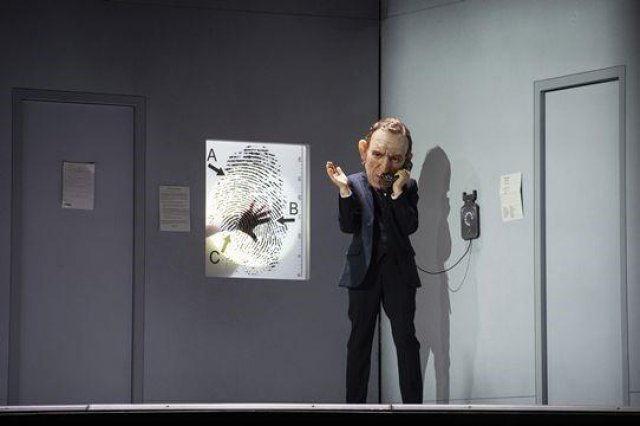 M - A City is Looking for a Murderer 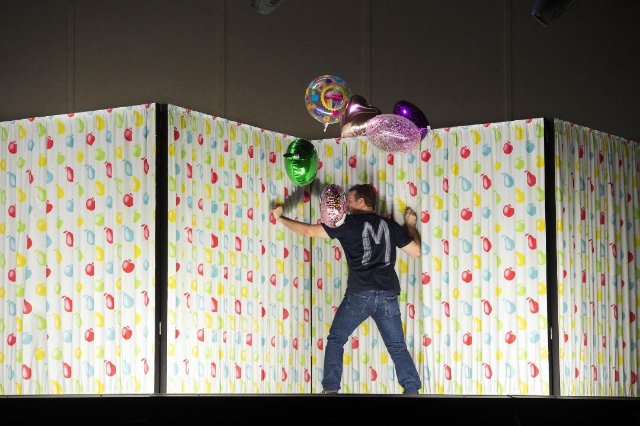 The 2018/2019 season at the Komische Oper Berlin is drawing to a close, but the most amazing director of the house, Barrie Kosky, is adding opening to opening. Two of them, Poro, by Georg Friedrich Haendel and M – Eine Stadt sucht einen Moerder (M – a City is Looking for a Murderer), by Moritz Eggert, I had the fortune to see.

Both works are special. The latter one is an adaptation by Eggert of Fritz Lang’s silent movie and created in 2019 exclusively for the Komische Oper Berlin. The Haendel opera, on the other hand, was written in 1731, and opened at the London King’s Theater at the Haymarket to considerable success. Now it is seldomly found on any stage. India was a far-off land, and Haendel’s grasp of facts was reduced to names used as a vehicle to convey the humanistic ideals of the Enlightenment. Thus, Sir Alexander, officer of the English crown, performed by the counter tenor Eric Jurenas, represents a most benevolent military man. He returns to Poro, King of an Indian Empire (Dominik Koeniger, bariton) power over his land, although the king has plotted against him. All ends well, Poro rules together with the British, and he is reunited with his beloved Queen Mahamaya who is ruling over a different Indian State (soprano Ruzan Mantashyan). Besides, as this opera story goes, the British East India Company is securely established as a main trading partner in this huge Asian land.

The opening of Poro on March 16, 2019 was eagerly awaited since Harry Kupfer, famed artistic director between 1981-2002 under then Komische Oper Berlin director Walter Felsenstein, has returned to direct the difficult work. Hans Schavernoch created a stage setting dominated by a huge Buddha and tropical foliage that impresses but feels somehow out of touch. It is a conservative production, especially since Kupfer bows to tradition and again choses a counter tenor to sing the role of the powerful Alexander who is about to colonialize all of India. At this day and age, a more forceful voice may have been a better choice for the role. Joerg Halubek as musical director, leads pleasantly through the production and allows the singers to shine.

There is nothing conservative about M – Eine Stadt sucht einen Moerder that opened on May 5. This adaptation of the famous Lang movie represents Barrie Kosky’s first debut as a director at his opera house. The work, set to music by Moritz Eggert and conducted by musical director Ainaers Rubikis, functions as musical theater between an opera and an audio-play. It is not an easy production, carried by the superb stage settings of Klaus Gruenberg and Anne Kuhn, and costumes by Kathrin Kahn and Tobias Barthel. Children wear head-masks of adults, thus representing the citizens in search of the murderer. Many of them are members of the children’s choir aptly headed by Dagmar Fiebach. They and the murderer are the only actors/singers on stage that is horizontally divided by a metal construction. The action takes place below and above the partition. As the murderer, convincingly sung by the Texas baritone Scott Hendricks, runs from the law he often includes well-known German children’s and folk songs in his performance. These and poems by Walter Mehring, a satirist poet of the first part of the 20th Century, set the musical tune, helping shift the focus from an opera toward a musical and furthermore to spoken theater.

Both works are worthwhile a visit. Although the performances are in German, the English translations are projected. Both works will be shown several more times before the season ends.