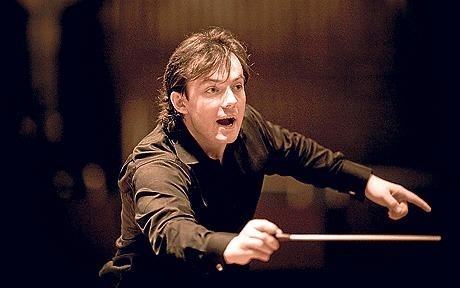 Andis Nelsons will define an era for the BSO over the coming decades.

With the numerous cancellations of former Music Director, James Levine, his inevitable retirement and a two year interregum, the past few years have been a nightmare for the Boston Symphony Orchestra. Just in his mid 30s the Latvian born Andris Nelsons has been appointed as Music Director of the BSO and Tanglewood.

On Saturday, July 27 at Tanglewood, in his first performance as Music Director of the BSO, Nelsons is scheduled to conduct the popular and demanding Verdi Requiem. It is proving to be the most coveted ticket of the coming season.

The overstretched Levine served both the BSO and Metropolitan Opera as music director. While widely respected it seems that a brutal schedule combined with declining health left both institutions in the lurch. In Boston managing director Mark Volpe had the daunting responsibility of securing last minute guest conductors to fill sudden gaps in schedules. This is particularly difficult as top conductors are scheduled years in advance.

There was always the hope that Levine would recover to stabalize the orchestra.

Given the prolonged period of uncertainty, and a revolving door of conductors, there was speculation among music critics about an eventual negative impact on the finely calibrated perfection of one of the world's great orchestras.

While conductors shuttled in and out with mixed results, from the first time we heard and met Nelsons, I stated on numerous occasions that he was the best of the short list of candidates.

When I spoke to Nelsons in February, he rhapsodized about the sound in Symphony Hall.  He looked exhausted after a performance in New York.  When I asked if Boston had provided him with a plane, he laughed and said he had shuttled from Boston to New York.

No more. Insiders say that he twice turned down the job. It appears that he has accepted an offer he could not refuse.  It is in Boston’s interest to help the young conductor to thrive. Hopefully, the global reputation of the BSO and Tanglewood is now secure for decades.

I interviewed Nelsons at lunch before his debut with the orchestra conducting Mahler’s Ninth at Carnegie in 2011. His passionate commitment to music, charm and sense of humor were immediately apparent.  He is a bearlike man, who embraces waiters, interviewers and the orchestras he conducts with a warm hug.

Deftly he deflected my direct question as to whether he was interested in the BSO position.

I loved his performance on Mahler’s Ninth, as did the audience and even more importantly the orchestra members.

The New York Times took exception.  Conjectures about Nelsons suitability were immediately raised as  “...wildly premature, and it seemed even more so here in Mr. Nelsons’s debut with the Boston orchestra.”  The Times critic continued  “Almost everything was at least a notch too loud, and almost everything surged to the foreground. Textures were cluttered. Accompanimental figures often seemed italicized. Discovery can be a joy in a familiar but complex work like this when some felicitous detail, previously unnoticed, slips into consciousness, but not when it hurtles out in a kind of sonic 3-D.” And so on.

The Times critic visited Tanglewood to hear Nelsons conduct for the 75th anniversary celebration.  “His reading of Stravinsky’s 'Symphony of Psalms,' with typically superb work from John Oliver’s Tanglewood Festival Chorus, was taut and expressive in its first two movements. But Mr. Nelsons eased into the hypnotic strains of the final hymn of praise with utmost delicacy and refinement.”

For the Times, hindsight is 20-20.  They assigned an outsider to review his February performance at the Philharmonic and wrote:  “The orchestra was led by the charismatic Latvian Andris Nelsons, the kind of conductor who brings out the best in players — in the case of the Bartok, drawing out the spectacular range of the Philharmonic’s sound, from powdery pianissimo strings to deeply hued woodwind solos and the brilliant clarity of the brass.”

As is often the case the man who wished to be éminence grise for this appointment was Ronald Wilford. He is the 87-year-old kingmaker at Columbia Artists Management. Wilford represents Seiji Ozawa, Levine and Daniele Gatti among others. Gilford dominated the proceedings at Carnegie this year when Gatti conducted the BSO.

Since Wilford was a force behind Levine at the BSO, with obviously problematic results, management appears to have bypassed Gatti and Wilford to embrace the youthful Nelsons.

Since I first sang the Faure Requiem with the Symphony in a high school chorus, Boston has given me more pleasure than any other American orchestra.  Their musicality, precision, the lovely singing of the lines all seem wonderful on their bows and in their breath.

Insiders speculated that Nelsons would not leave Europe to take the job, but he has.  The BSO deserves the very best and got him.  Bravo Boston and Nelsons.

This summer Tanglewood ushers in the Nelsons era. It is sure to be a historic occasion.