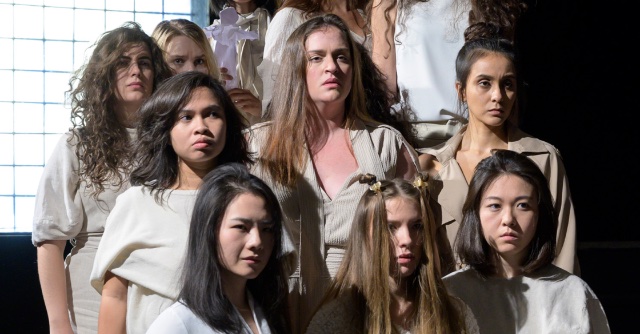 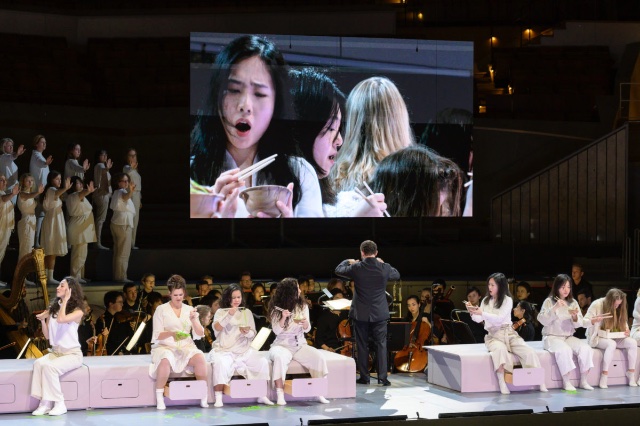 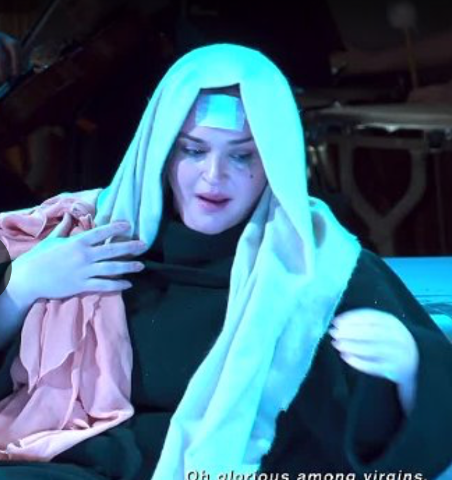 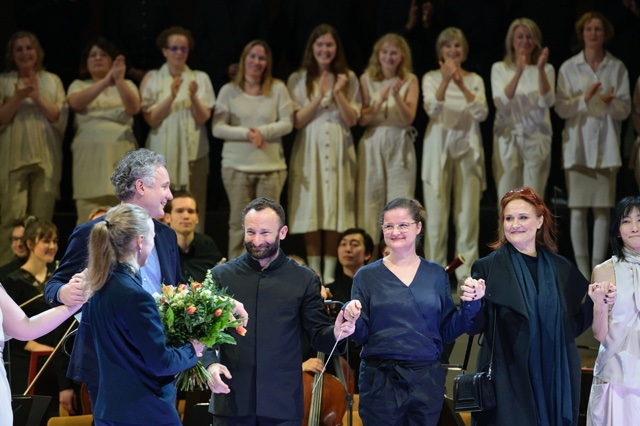 The audience received the Berlin production of Suor Angelica with bouquets and cheers.

Kirill Petrenko, prior to his arrival at the Berlin Philharoniker, conducted lyric theater at the Bayerische State Opera and Bayreuth.  When he was devising an educational program in his new position in Berlin, he asked himself what experience he could most usefully share with the young people studying in the Berlin Philharmonika’s music division and also the Karajan training ground for young singers.  He thought immediately of his own deep experience in opera.  It did not take him long to fix on Suor Angelica, the second opera of Giacomo Puccini’s triptych, Il Trittico. It is often not performed with its two companions.  And it is often performed alone.

It is an opera that cries for young voices who are perfect as nuns trapped in a life of rules and regulations.  Even the lead nun, Suor Angelica, is in such a situation.  One of the world’s great singers, Katrina Dalayman, joined the project. She is the princess from the outside world, a voice of experience.

Petrenko found musicians from the world over in his youthful orchestra. Every language was spoken at rehersals.  He noted fire the eyes of the musicians.  If they are given the opportunity provided this production, the fires for music will continue to burn.

Young people, Petrenko notes, see the lyric stage as a giant projection.  Here he has two screens to provide closeups throughout the piece.

We are put on alert during a new prologue composed and performed on piano by Matan Poral.  It is danced and gestured by two performers.  There is a suggestion of a pregnant woman, grunting out the pangs of birth.  A woman cradles cloth thsat appears to wrap a baby. The baby does not exist.

The opera takes place entirely in a nunnery.  The center stage at the large hall of the Philharmonie is designed as a catwalk.  This is an apt metaphor for the tight confines of the nun's world.

Ann Toomey, who was to have sung Tatiana in Eugene Onegin this summer at Wolf Trap, wraps the cenral role around her.  She has a lush and expressive voice, full of color.  Dnaiela Vega as the Abbess and Aurooa Marthens at Sister Genoviefla were outstanding. Dalayman is perfect as the hard-hearted aunt of Suor Angelica.  In a mezzo role, she dutifully reports on estate matters and the death of Suor Angelica’s illigitimate son. Her voice is warm and round. Her character portrait precise.  Singing of the sisters was of a consistently high level.

Many elements were perfectly calibrated by the musicians, dancers and videographers.  The effect is spare.  Yet every detail counts and enhances.  The videos offer close ups of action and characters.  They take us into the world outside with the Princess at just the right moment.  Never have the orchestral music of Puccini sounded so rich and evocative. This is opera for a new, young audience as well as ancient regulars.  It can be delivered with maximum effect and minimum costs if it is carefully thought out and then mapped out. Petrenko is an expert.