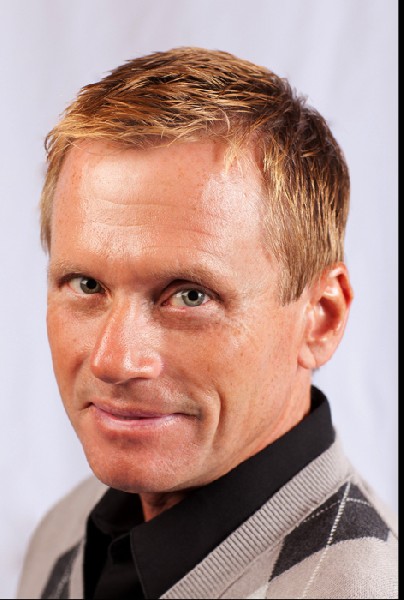 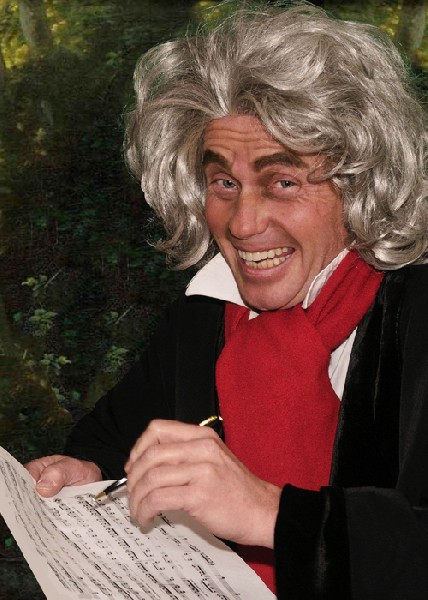 It will run June 30 (press night) through August 30 every evening at 8:30 pm (except Wednesdays), with an additional 11:00 pm late-night performance on Saturdays. Doors will open at 7:30 pm for pre-show cocktails and desserts. Tickets are $40 and can be purchased online at www.ludwiglive.com, in person at the Seven Hills Inn front desk, or by calling 866.811.4111. Discounts available for groups and Seven Hills Inn guests.

Dressed in period regalia and ensconced behind a grand piano, Ludwig von Beethoven will entertain Berkshire audiences this summer with his swinging new lounge act, “Ludwig Live!” To the tune of his famous melodies (“Moonlight Sonata,” “Für Elise,” “Ninth Symphony,” etc.), he will sing about his angry mistresses, his rival Mozart, and his mentor Haydn, as well current events, including the latest celebrity shenanigans, politics, rap music, and last night’s concert at Tanglewood.

Nancy Holson is well known to Berkshire audiences for her hit comedy, “The News in Revue,” which ran for 15 seasons (1993 to 2007) in the Berkshires as well as played Off Broadway and across the country in Hollywood, Miami, Sarasota, Vail, Greenwich, and Westport. The show has won five Emmy Awards for its series of PBS specials, two of which were for her writing, and has been featured on National Public Radio.

Ms. Holson also wrote, produced, and co-directed the critically acclaimed Off Broadway show, “Bush Wars,” and recently co-created and co-produced “Parenting 101: A Musical Guide to Raising Parents,” which she developed in the Berkshires and has to date run in Burlington, Rochester, St. Louis, and Philadelphia. She is currently producing “Parenting 101” around the country and working on producing a new play, “Can I Really Date a Guy Who Wears a Yarmulke,” by her favorite young playwright (and coincidentally her daughter) Amy Holson-Schwartz, and she is developing a musical comedy version of “The Nutcracker.”

Katherine Pecevich will play assorted roles including, among others, all of Beethoven’s girlfriends, Mozart, Elvis, Napoleon Bonaparte, Justin Bieber, and Ludwig’s mother. A five-year veteran of “The News in Revue,” Ms. Pecevich is originally from the Boston area and is a musical theater graduate of the Boston Conservatory. She has performed regionally at The Theater Barn and Berkshire Theatre Festival. Seven Hills Inn Innkeeper Robin Gerson Wong will make a cameo appearance in the role of Innkeeper. Wong’s professional singing, dancing, and acting credits include the Broadway production of “Good News,” starring in Atlantic City musical reviews at the Sands Hotel and Harrah’s Casino, and performing as a singer throughout the New York metropolitan area. Like Ms. Pecevich, Ms. Gerson Wong received her BFA in musical theater from the Boston Conservatory.

Robin Gerson Wong and her husband, Denis Wong, purchased the Seven Hills Inn in 2008. Over the past three years, they have restored and redecorated the mansion and its outlying buildings with an eye toward maintaining the original Gilded Age details while introducing the comforts of modern hospitality. For more information, see www.sevenhillsinn.com .