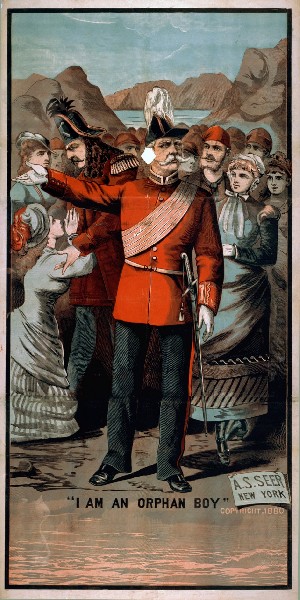 1880 Illustration of Major General Singing "I am an Orphan" from early production of Pirates of Penzance. 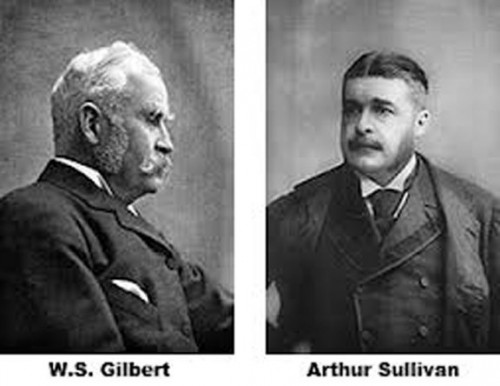 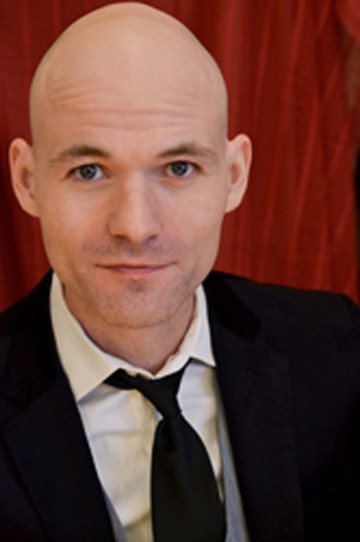 Sean Graney, Adapter and Director of Pirates of Penzance at A.R.T. 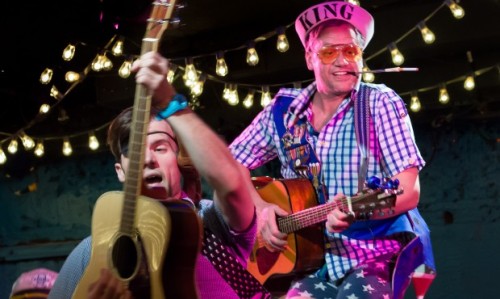 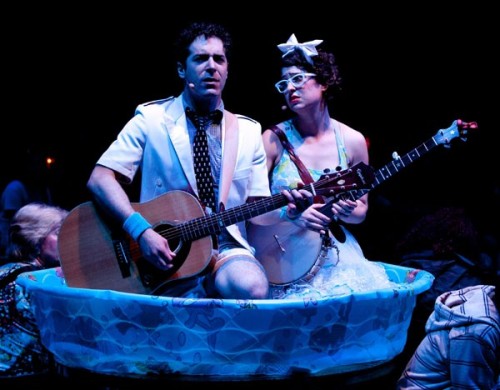 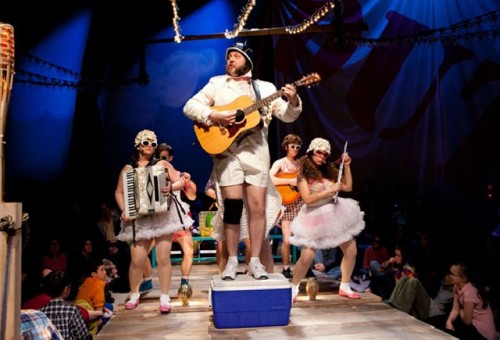 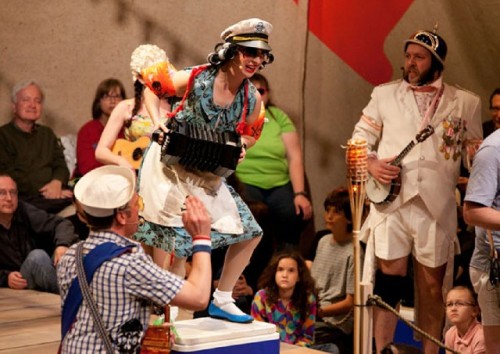 Robert McLean as Pirate King and ChristineStulik as Ruth 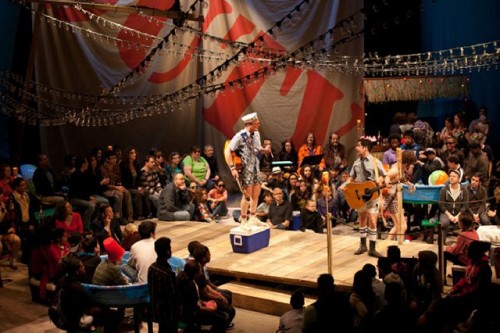 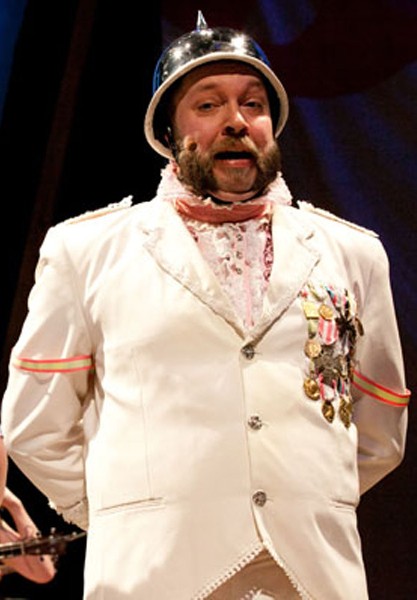 Matt Kahler As The Major General

Before the theatre doors are opened, the audience is welcomed by a pale-skinned beachclad actor wearing an innertube with a cartoon horsehead. The crowd is ushered in to what looks like a very strange set for a Gilbert & Sullivan show.

Seeming totally disorganized with audience and cast members milling around in an erstaz pier and empty wading pool area, there is a grass shack bar lit by Tiki torches and bare lighting wired overhead. Various players dressed badly as American beachgoers from the early 1960s are singing and playing stringed instruments. They are serenading the audience in what appears to be a haphazard hootenanny.

This song fest of Kingston Trio and other now classic folk tunes with beachballs flying and bouncing around the cast and crowd somehow morphs into the very British Gilbert & Sullivan The Pirates of Penzance. Using spot-on pukker accents, and dressed in thrift shop unchic costumes, the performers seem to love what they were doing. The audience reacts with wonder and smiling appreciation.

Should we expect anything less from the always edgy perspective of American Repertory Theatre?

This original adaptation of a beloved Gilbert & Sullivan operetta uses the superficiality and nonsensical story to entertain and communicate in a similar but very different way than the 19th Century original. The Chicago-based The Hypocrites theatre company has brought imaginative theatrical verve to a vital classic show in new and unexpected ways.

By the way, at the time that the comic opera's libretto was written in 1879, Penzance was a popular and very peaceful Cornish resort town. So the imaginative setting of a hokey seaside resort is a play on Gilbert's early amusing idea of Penzance being overrun by wild pirates.

The ensemble cast members are all talented singers and musicans who comically emote the lines of Mr. Gilbert's story. They play a variety of instruments including guitars, banjos, aclarinet, an accordion, a squeezebox, spoons and a saw.

Of special note is Matt Kahler as the Major General. He brings a humorous, faux dignified presence to the role while clearly enunciating run-on rhyme and richly singing the part. Kahler is a great talent.

Additionally, Christine Stulik as the "beautiful" Mabel and as the Seahag Ruth not only demonstrates great comic ability but a wonderful voice and musical range. Zeke Sulkes as Frederic expresses a slightly over the top humorous schtick and a musical ability that enhances a delightful character performance. Both Ms. Stulik and Mr. Sulkes chew on the scenery with real aplomb. Ensemble member, jack-of-all-trades, Doug Pawlik, has a great voice as well.

Katie Spelman's choreography in and around the set added fun and energy to the production. Set Designer Tom Burch's pier and elevated wading pools along with folding beach chairs were imaginatively used as stage platforms as well as temporary audience seating. Cleverly, the audience formed a sea or rather river around the set pieces, and like waves interactively continued to be moved in and out and around when the performers needed their spaces.

Adapter/director Sean Graney is the gifted mastermind behind the show. His original and at times brilliant interpretation of the Pirates of Penzance is at once something quite new that is actually oddly true to the old. The founding director of Chicago-based The Hypocrites, he has created over 40 imaginative shows that have often been shared by regional theatres all over the United States.

Like, all more traditional versions, this A.R.T. Pirates of Penzance is great entertainment, but with a twist. Utilizing a new environment but with the classic comic opera songs, it is imaginative yet wonderfully satisfying. It is participatory and even sing-along. Here, deja vue is not all over again. With a talented ensemble and several standout performances, this is a treat of a show for all audience ages--bring grandma, your Aunt Maggie and the kids. It will leave a smile on everyone's face.