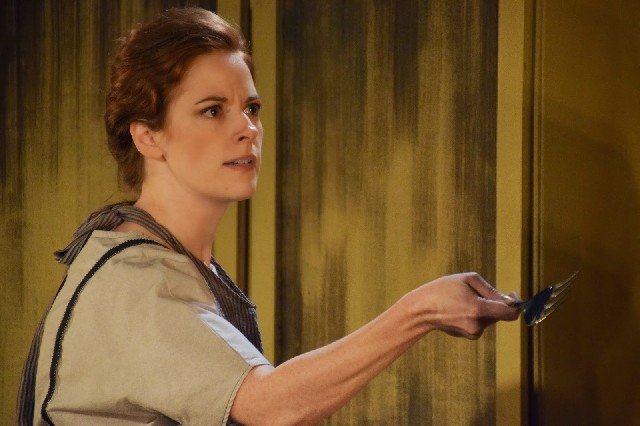 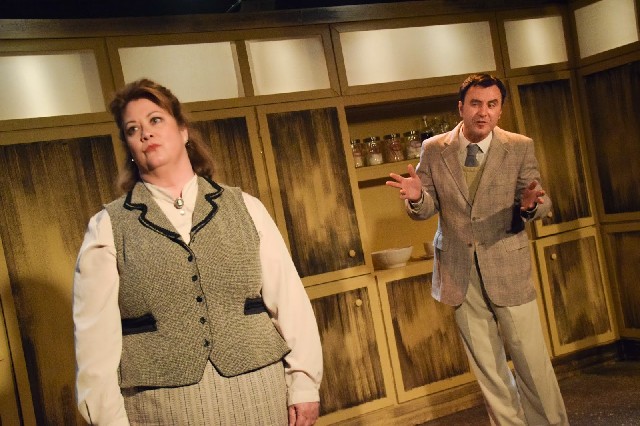 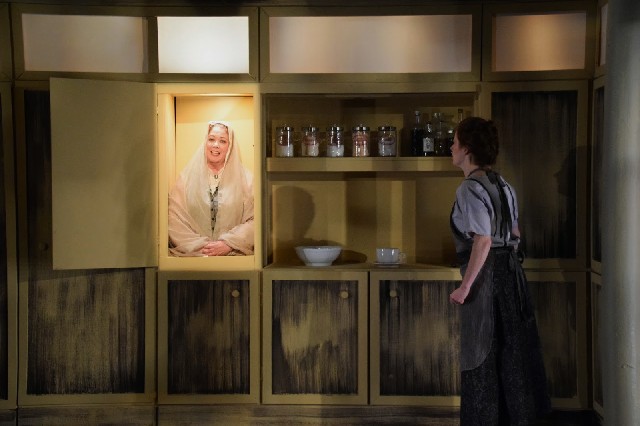 In a society that thrills at the mention of an Ebola outbreak or questions of vaccinations, few subjects could feel timelier than the story of Typhoid Mary. The infamous Irish cook became famous at the turn of the century for unknowingly spreading Typhoid fever in the homes where she worked as a cook. The Phoenix Theatre’s Playwright-in-Residence Tom Horan’s own “Typhoid Mary” is currently having its world premiere at the theatre.

The cast is made up of only three individuals, but each one packs a punch. Lauren Briggeman plays the title character, Mary Mallon. She wowed audiences in last year’s Acting Up Production of Hamlet as the female lead. Though this role is very different, she brings the same feisty passion to the stage. Jolene Mentink Moffatt brought levity to the production with her friendly demeanor, but there was an icy sarcastic edge beneath the surface that I loved. As a female doctor during that time she conveys the difficulty of her position in the male-dominated field.

The play’s strength lies in Horan’s ability to balance humor, historical fact, and moral dilemmas with aplomb. He threads together Mary’s religious beliefs, scientific understanding of that time, and a larger picture of the way disease in viewed in our culture. His whip-smart dialogue keeps the audience laughing despite the serious subject. The show also includes a description of the actual breakdown and effects of the disease. That inclusion was important and brought home the seriousness of the pain and fear that people were experiencing during the epidemic.

For more information about the Phoenix Theatre, visit www.phoenixtheatre.org. The theater is located at 749 N. Park Ave., Indianapolis, just off Massachusetts Ave.  The show runs until May 24 and offers four performances a week. Thursdays begin at 7 p.m., Friday and Saturdays begin at 8 p.m. and Sunday matinees at 2 p.m. Photos courtesy of Phoenix Theatre.