Kopernikus at the Image Project Room

Claude Vivier Takes the Fear Out of Death 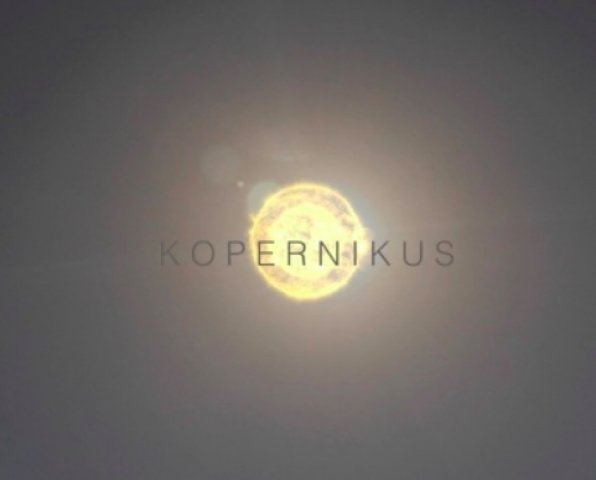 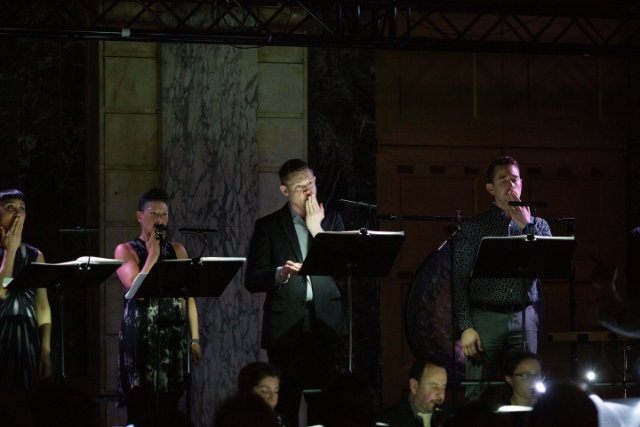 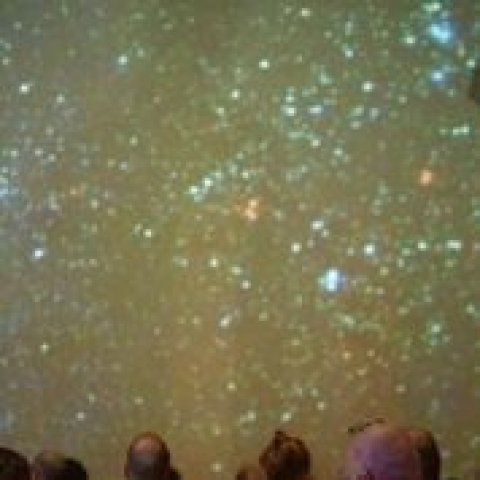 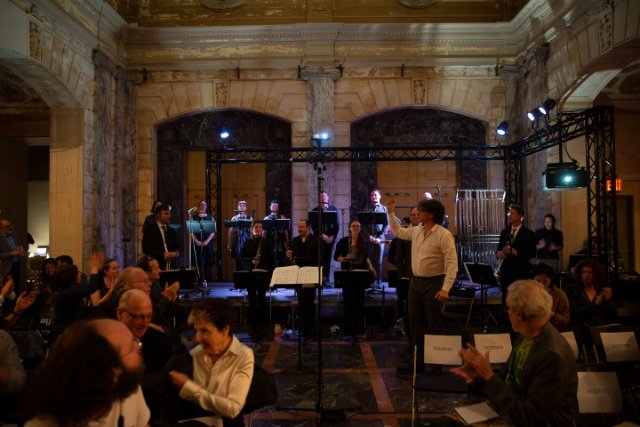 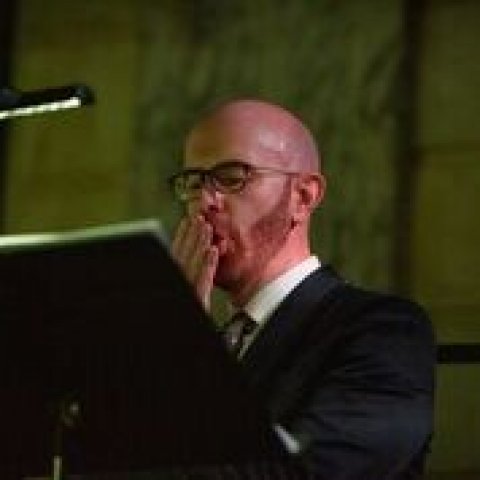 Notes are not always sung in Kopernikus 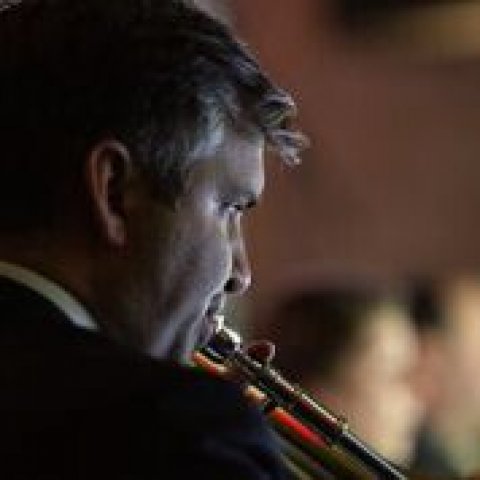 Clarinet is key to the music

Claude Vivier's Kopernikus, a chamber opera, had its New York premiere at the glorious Image Project Room in downtown Brooklyn. Past performances in Paris and in Banff have partially dramatized the actions of the singers.  In this production, the singers are still. A vast world beyond us, eager to have us come on, is the focus.

Meridionalis, a choral project of the Americas Society, stood at the back of the hall's space on a slight riser. In front of them, members of the International Contemporary Ensemble performed.  The audience covered the rest of the floor, directed to a huge video area, 30 feet wide and 40 feet tall, topped by an arch.  The stone walls of the hall have a live and resounding ricochet.  The large and rich voices of Meridonalis filled every corner of the 40,000 square foot space. Although necks craned, the attention was focused on the video display.  Snippets of video were launched in real time by the artist, Sergio Policicchio.

Policicchio, who lives and works in Italy, Argentina and Moldova, has studied visual arts and mosaics at the Academy of Fine Arts in Ravenna.  His images move before our eyes in concert with the music.  The screen is filled with small particles which suggest the galaxies outside our universe, but also a petri dish awash in bacteria.  We are both out of this world and at its heart.

While it is best to listen to Vivier's music without insisting on a form, and giving yourself over to its beauty and its fun, there is a basic order. This is a requiem for the 21st century. The main figure, Angi, may be alive or dead at the start of the work, but clearly and joyfully, she goes on to another world.

At first she is accompanied by her favorite people, Lewis Carroll, Mozart, the Queen of the Night, Tristan and Isolde. She is on a topsy-turvy Alice in Wonderland journey.  At the opera's conclusion, she is joined by a group of visionaries, all she could have wished for.

Many languages are sung, French, German, and a Made-Up-Language by the composer.  Gutterals and lyric vowels were intriguing and fun to hear. Bass Steven Hrycelak was particularly pleasing as he growled and bleeped like R2D2.  In fact all the singers gave varied interpretations to text and to the journey.  Kirsten Sollek had a lush contralto.  Baritones Christopher Herbert and Joseph Beutel tred a daring line between speech and song. Amy Goldin, Katharine Dain and Hai-Ting Chinn colored their probing trip into space with often all-encompassing sounds.

Vivier tips his hat to Olivier Messiaen by offering not one clarinet but three. In Messiaen's Quartet for the End of Time only a violin and clarinet were carried by musicians taken prisoner by the invading Germans at the beginning of the Second World War. In the camp, where Messiaen was given pencil and paper to compose with by a music-loving German guard, this piece was first performed.  The six days of creation are pictured in music. And then, at the end of time, God appears.

Vivier was an orphan brought up by nuns. He had considered becoming a priest.  Messiaen was a devout Catholic who performed on a church organ every week after he returned from the War.  Yet both men suffuse their music more with the feel of other-worldliness than reverence. It is the expansion of the human soul that is suggested in Kopernikus.  It is a wonderful way to feel ourselves embraced in our world and the world beyond.