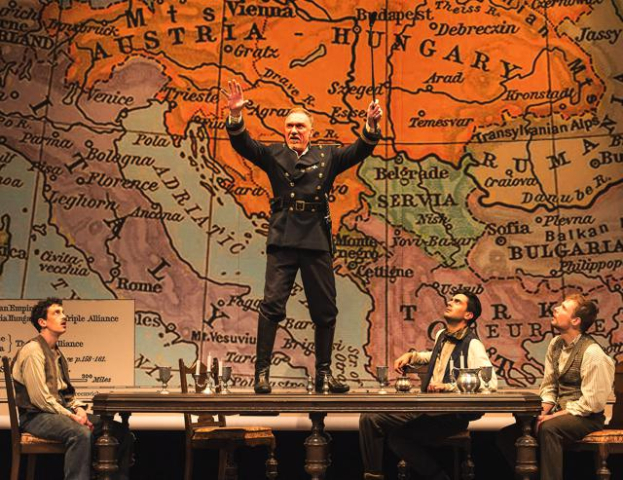 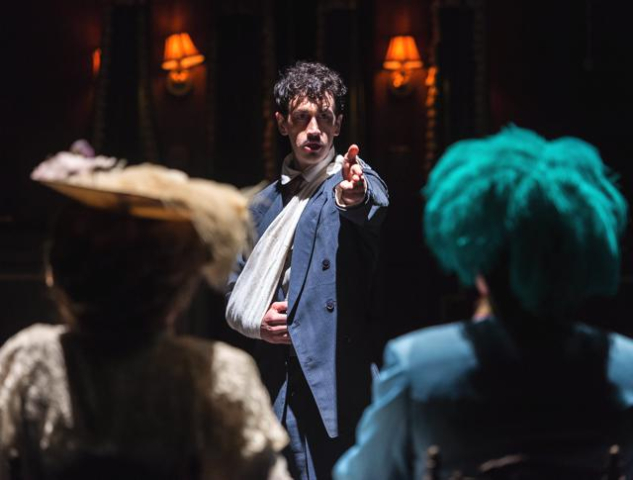 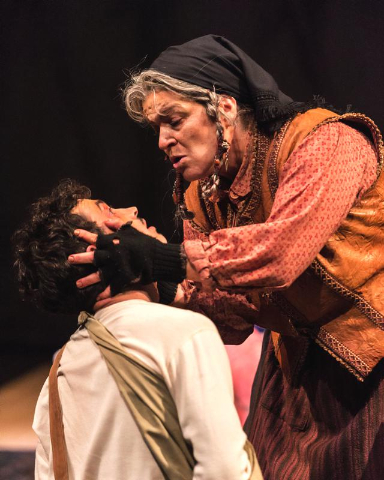 Playwrights can generally get away with a lot when dealing with subject matter that is uncomfortable to some, and fraught with danger to others, but nonetheless, need to be discussed in a public forum format.

The only vehicle for the exploration of odious and repellent subject matter often comes via the clarity that the genre of comedy provides.  Satires or farces are the favorite choices of playwrights that want to get a ‘tough sell’ message across. The great French, 17th century playwright Moliere employed the genre in order to have his head remain firmly attached to his shoulders during his lengthy writing career during the Divine Right of Kings era in Europe.

Cleveland-born playwright Rajiv Joseph, a journeyman writer, really had his breakthrough theatrical moment with his highly successful play “Bengal Tiger at the Baghdad Zoo”, when it premiered at Center Theatre Group’s Kirk Douglas Theatre in Culver City, CA. in 2009.  “Bengal Tiger”, then performed at the Mark Taper Forum (MTF) in 2010, before moving to Broadway; becoming a Pulitzer Prize finalist.  Mr. Joseph hit his stride with “Guards at the Taj”, in 2016, again premiering at the Kirk Douglas Theatre; establishing him as a major American playwright. “Archduke”, his current dark, comedy, had its world premiere Sunday, May 7th on the MTF stage in Los Angeles.

It’s the story of three dim, hapless and hungry young men suffering from tuberculosis who fumble their way through history as they take on a mission of martyrdom on the eve of World War I.  They are wonderfully played by: Stephen Stocking, as Gavrilo, the lead assassin, Ramiz Monsef, as Trifko, the enforcer, and Josiah Bania, as Nedeljko, the most gullible of the three.  Todd Weeks does a nice turn as Dr. Leko, the only sane grown-up in the room who attempts to keep Gavrilo from throwing away his life for a useless gesture of faux patriotism, Sladjana played by JoAnne McGee, Dr. Leko’s cook and housekeeper manages to get in a few zingers of her own.

The gallows humor comedy is set in 1914 in the Balkan cities of Belgrade and Sarajevo.  The question playwright Joseph explores is: are these three, uneducated, rural, village youths capable of becoming human bombs and martyrs?  Those choices are still resonating with individuals fighting in many Middle East war zones today.  It appears that the suicide bombers in “Archduke” have become the template for recruiting zealots and followers today.

The young men have been radicalized, recruited, and trained by the cynical, sly, and duplicitous Serbian Army Captain Dimitrijevic (a mesmerizing Patrick Page in a staggering performance), who is in need of naïve and gullible civilians. These three young men are easy marks who willingly sign up for the mission to assassinate the Austrian Archduke Franz Ferdinand and Princess Sophie. They will be striking a blow, they believe, for an independent greater Serbia for the price of new clothes, and a few meals along the way.  Results of that mission has since been attributed as the event that set in motion WW I, ‘the war to end all wars’ … which, of course, it didn’t. War is far too profitable an industry to be totally done away with.

“Archduke”, is skillfully staged by long time Joseph collaborator and award-winning director Giovanna Sardelli, and features a fabulous Scenic Design by Tim Mackabee, whose unique, creatively designed, on-stage replica of the Orient Express train brought a round of audience applause to open the second act. Also, visually eye-catching is a huge map of the Balkan countries that subliminally keeps the focus on the narrative of the story, as well as on the talents of its gifted ensemble cast.

Despite mentioning all of its pluses above, one gets the feeling that this fine production will undergo more tweaking, pruning and rewrites. Broadway is a demanding mistress constantly in search of perfection.  The first act is a tad long and a bit talky, but the second act is worth the wait. Thanks to Sardelli’s direction and Joseph’s dialogue, the production seamlessly flows along bridging its 103-year history arc. Bittersweet comedy indeed, takes the sting out of ignored history lessons; easing the pain, the loss and the folly of war.  Or at least, that’s the hope.

“Archduke” performs at the Mark Taper Forum and runs through June 4, 2017.