for colored girls who have considered suicide 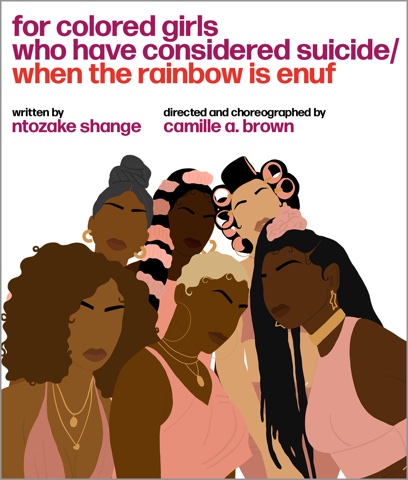 for colored gurls who have considered suicide.when the rainbow is enuf Reborn on Broadway from the original stage production at the New Federal Theatre created by Oz Scott and Woodie King,Jr.

Tony nominee Camille A. Brown brings "for colored girls who have considered suicide/when the rainbow is enuf". to Broadway. 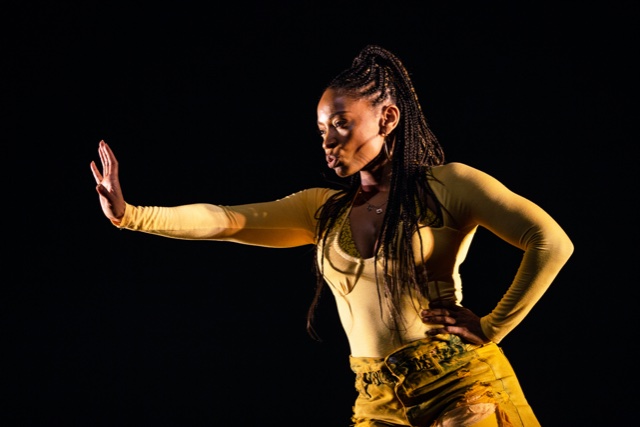 for colored girls who have contemplated suicide/when the rainbow is enuf Photo redit Marc J. Franklin 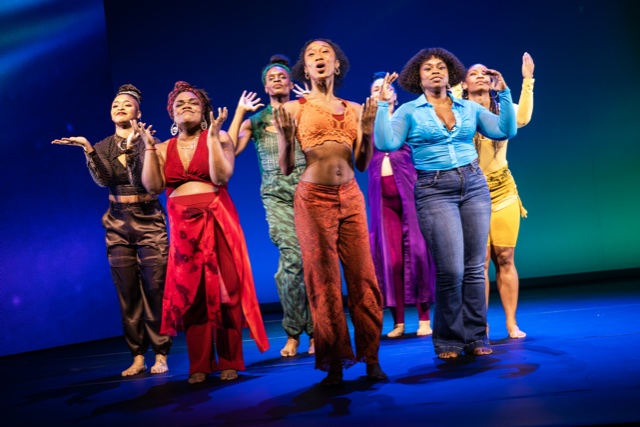 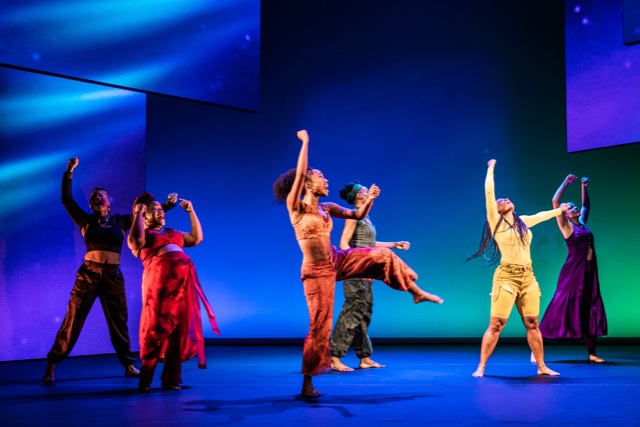 for colored girls 2022. Directed and choreographed by Camille A. Brown 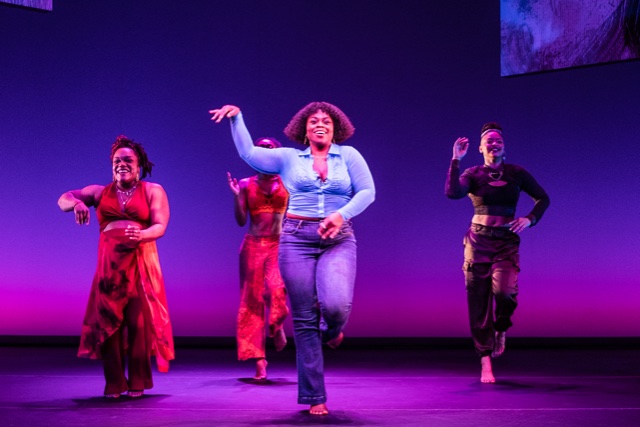 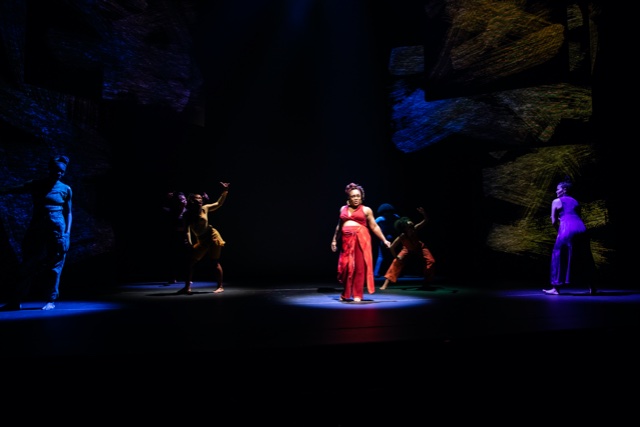 In the darkness, there is light for colored girls

for colored girls who have considered suicide/when the rainbow is enuf
By Ntozake Shange
Directed by Camille A. Brown

The stage is lit only by the abstract chiaroscuro photos projected on soft screen, like the hazy landscape. A quiet light  reveals Lady In Brown (Tendayi Kuumba)  as this  rhythmic dance poem begins.  “Dark phases of womanhood , of never having been a girl..”  Her movements are as powerful and sensuous as the words, with a spiritual nod to African roots.

We are confronted by the question of womanhood. The demands of the coming of age in America as seen in the lives of its “colored girls” is the substance of this outspoken feminist work. Seven women tell their stories and give voice to their aspirations and despair.

Jiyoun Chang's lighting design  is subtle, and  joins and the Projection design ( Aaron Rhyne) and the  concepts of Myung Hee Cho (scenic designer)  to sustain an interesting and harmonious space for the  dancers  Martha Redbone and Aaron Whitby have created a multi-layered  original musical  score which gives us hints of popular rhythms and yet fully supports the  emotional  textures that unfold  before us.

Our Colored Girls  announce their home towns, the cities of  America, and dissolve into the  playful street-rhymes games of childhood.  The Lady in Yellow (D.Woods ) brings us to the eventuality of the American  right of passage. “It was graduation night and I was the only virgin in the crowd.” We are left to wonder, what is out there after that “back seat of the ol' Buick.”  Innocence has been broken, and the dance becomes fevered and the language  becomes sharp.  Girlhood  becomes womanhood and she is hopeful and disappointed.  The graceful interaction of these dancers reinforce the ability of Shange's words  to call out  the quest for love across the decades.

We are looking for love. Lady in Red (Kenita R. Miller) finds herself the  expectant mother  with a  the child of a man who is slipping out of his commitment. Lady in Blue goes night-clubbing.  All the dancers  move  in and  speak to each other  about  the things that cannot be said: about date-rape and and abortion and the  hopelessness of not being able to  explain it. Are women trapped in the frightening assaults on  their desire to find love.

We glimpse at another role for colored girls as Lady in Purple (Alexandria Wailes) reveals.. “there were once quadroon balls and elegance in St. Louis”.  Wailes is a an American Sign Language actor and her lines are creatively signed, as the other dancers support her words with theirs, also spoken and signed.

This was an extremely effective  casting served to highlight the universality of  the female search for  self identity.  Kuummba returns; young girl  reading about Toussaint L'Ouverture.  Is he the same as Toussaint Jones? Lady in Orange (Amara Ganderson) gives us a beautiful sensuous dance and affirmation that she will find love without bitterness. With the strong  Latin influenced dance movements of  New York  Lady in Blue  bemoans her ghettoization. “ I used to live in the world and then I moved to Harlem.” The stories that they tell in  verse and dance  intertwine. And Lady in Green(  Okwui Okpokwasli) declares that  “somebody nearly walked off with all of my stuff”

With Tony nominee Camille A. Brown's direction and choreography, Shange's creation  moved gracefully into our current era.  We are left in the space in which feminist militancy  faces the contradiction of defining women in terms of  men's perceptions  and desires. If women's sense of self is so deeply tied to  the failures of men to provide the love, how indeed can the female persona step beyond that?

Shange wrote this piece when these questions were beginning to be explored out loud among both black and white women. Opportunity has certainly grown, and the view of women as only being reflections of the men in their lives has certainly  begun to crumble.

The conversation has grown much bigger and  the space in which  colored girls can be seen is far broader.  But  there is nothing dated about the questions. The issue of internalizing the  narrow and negative expectations of the  society still is real for black women and for women in general.

We live at a time when the suicide rate for girls is rising at 6.6% a year, and the statistics for black women  and native women is far higher.  Is there a way out?   Shange  definitely believes there is a way out . . “ I found god in myself and I loved her,”  is her message.

At the Booth Theater in New York.  Tickets here.