At the Palace and Flying in the Piano Wing 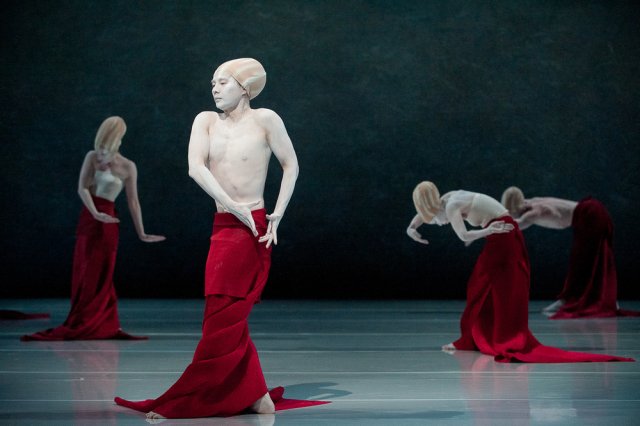 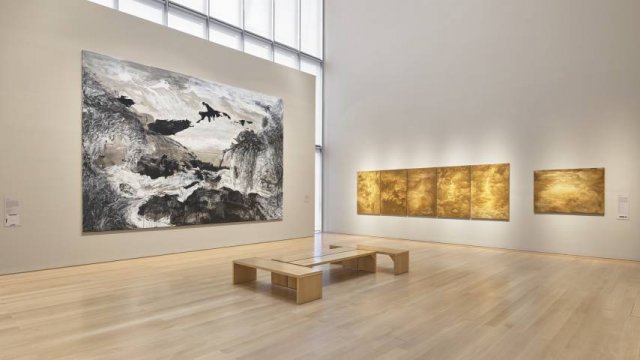 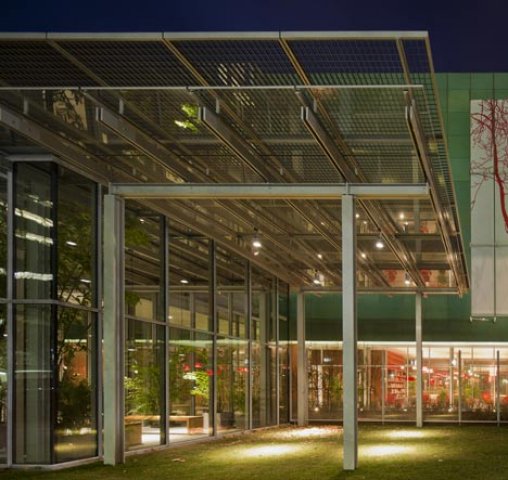 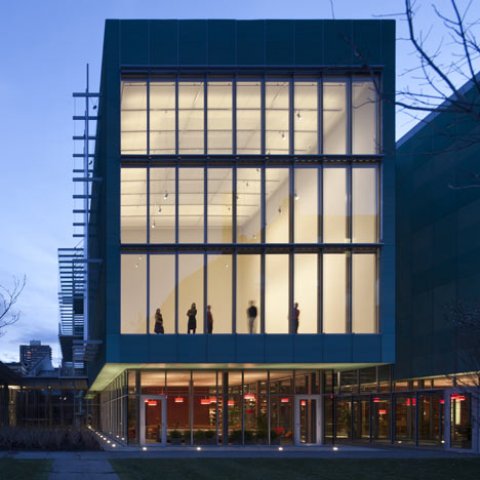 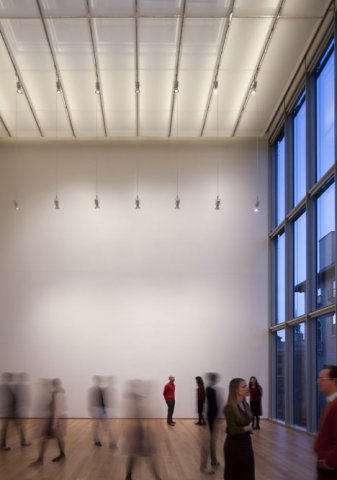 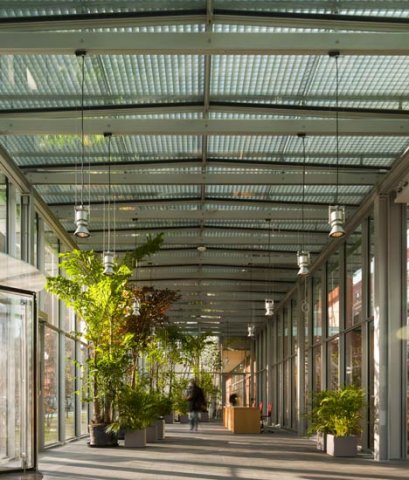 Connecting the old world and the new. 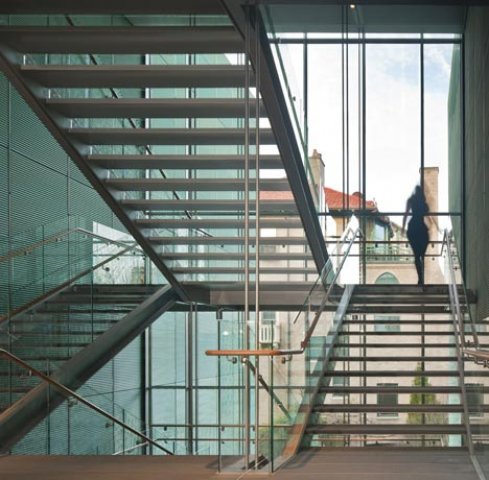 Renzo Piano has installed beautiful banisters at the Art Institute in Chicago and the Gardner.

The new space in the Gardner Museum, created by Renzo Piano, is named the Richard E. Floor Living Room.  It is an intimate setting.It is a space which invites guests, the visitors to the museum.  It is also a work space.

“This new wing is an extraordinarily elegant workshop, a bustling counterpoint to the historic building’s serenity. Here, the thinking and the work of the Museum is performed, so that the Palace, which had been put to uses for which it was not equipped, can once again give visitors the experience Isabella Stewart Gardner intended: a personal confrontation with art,” said Anne Hawley, Norma Jean Calderwood Director of the Museum.

Shen Wei was an artist in residence at the Gardner Museum in 2018-19. His work has recently filled the new wing of the Museum, which includes apartments for visiting artists.

We are welcomed in the signature style of Ms. Gardner, referred to as “Isabella” by all members of the staff.

The palace, which is the historic heart of the museum, has been relieved of multiple jobs that it was not equipped to handle.  Now you can simply stand before a painting for as long as you want. Guards who are more like hosts than security, will discuss art with you. They offer not only Isabella’s opinions, but their own.  One guard clearly did not like the Shen Wei paintings in the new wing, but he noted that he could appreciate any art “in which the work shows.”  He could see Shen Wei’s "work."  He remembered Shen Wei wandering the palace’s galleries when he was not at work in the apartment he had transformed into a studio. Shen Wei was inspired by Piermatteo D'Amelia's The Annunciation.

We had started in the new wing, where you enter the Museum.  Bypassing the store, we lunched at the cafeteria, where I had a cold poached salmon accompanied by a green olive tapenade which I immediately tried to copy when I returned home. The museum is full of unusual ideas from stem to stern.

Watching a recent German TV series on the beginnings of the Bauhaus, we hear Walter Gropius propose novel unions of all art branches. When the first exhibit of the execution of these ideas by the masters and students of the Bauhaus opened to critical success in the 1920s, notions that we find creatively lofted by Shen Wei were immediately apparent. Shen Wei choreographs his paintings and paints the dancers he films. His paintings soar like his choreography does.

Shen Wei started his creative journey looking at opera, a form that by its very nature combines theater, music, dance, and art.  Reading Alex Ross’ brilliant text on Wagnerism, you understand the impact of this multi-form approach on novelists and poets, as well as composers and painters.

From his operatic starting point, Shen Wei embarked on a career as choreographer. Films of his work were on display in Calderwood Hall, a  unique “sonic cube. ” The cubic design allows seats on all three levels of glass-fronted balconies to be front row. The performance “stage” is on the floor surrounded by two rows of seats. Music concerts are performed here. It is a wonderful space to view film.

Shen Wei was impelled to create his dance Passion Spirit, because one of his dancers, Lilly Balch, looked like the subject of the D'Amelia Annunciation. In the film, two halves of the dancing figure, passion and spirituality, are represented by red and white. Colors have stepped out of a Renaissance painting, like a dream.

The front window of the large Hostetter gallery opens onto the palace. Now it is covered to hang a huge ShenWei painting. One feature of the architect's gallery work is moveable parts. This offers curators a chance to best display paintings at the Art Institute of Chicago and theWhitney in New York, as well as the Gardner.

In the hallway outside the Hostetter gallery, you can open a series of stacked drawers to look down on Shen Wei’s work process: notebooks, sketches and documentation of his choreography.

Nothing about the Museum is off-putting.  Although the galleries in the Palace ofen seemed crammed, you understand that Isabella wants you to look at paintings in specific relation to one another, as Dr. Alfred Barnes did.  The Palace is a place you want to visit often.  Works are best seen in small groups that you can study until you are infused by them.

The Gardner is a Boston treasure, not far from The Museum of Fine Arts. Soon you too will be calling Mrs. Gardner "Isabella."