Documentary Highlights May 30 to June 2 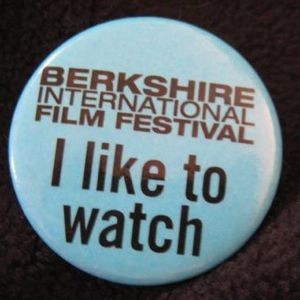 CELEBRITY HIGHLIGHTS:
TWENTY FEET FROM STARDOM – Opening night film from Sundance, this Award-Winning, crowd-pleasing documentary directed by Morgan Neville, turns the spotlight on the backup singers behind some of the greatest musical legends of the 21st century.  The incredible DARLENE LOVE will be in attendance!

CASTING BY – This film puts the spotlight on filmmaking's unsung heroes - the casting director - and takes us on a fast-paced journey through the last half century of Hollywood history from an entirely new perspective. Casting directors Gretchen Rennell and Elissa Myers will be in attendance.

ELAINE STRITCH: SHOOT ME – In this revealing and poignant documentary, the uncompromising Tony and Emmy Award-Winning Elaine Stritch is showcased both on and off stage via rare archival footage and intimate cinema verite.  Director Chiemi Karasawa in attendance.

GOOD OL' FREDA – Freda Kelly was the Beatles devoted secretary and friend and worked for the Beatles for 11 years. She was there as history unfolded; she was witness to the evolution - advances and setbacks, breakthroughs and challenges - of the greatest band in history.  Producer Kathy McCabe in attendance.

I AM DIVINE – The story of Divine, aka Harris Glenn Milstead, from his humble beginnings as an overweight, teased Baltimore youth to internationally recognized drag superstar through his collaboration with filmmaker John Waters.

POLITICAL HIGHLIGHTS:
99% - THE OCCUPY WALL STREET COLLABORATIVE FILM – This film goes behind the scenes of the movement, definitively revealing what happened, and why.  Directors Audrey Ewell and Aaron Aites will be in attendance.

DIRTY WARS – This film follows investigative reporter Jeremy Scahill, author of the international bestseller BLACKWATER, into the hidden world of America's covert wars, from Afganistan to Yemen, Somalia and beyond. Directed by Jeremy Scahill and David Riker

ENVIRONMENTAL HIGHLIGHTS:
AFTER WINTER, SPRING – Directed by Judith Lit, the film is an intimate study of French farmers in southwest France grappling with the profound question: will it be the last generation of family farmers in a region continuously cultivated for over 5,000 years?

GMO OMG – Who controls the future of your food?  GMO OMG explores the systematic corporate takeover and potential loss of humanity's most precious and ancient inheritance: seeds. Director Jeremy Seifert will be in attendance.

MOO MAN  - Beyond an earnest and surprising look at where your food comes from, this is a heartfelt portrait of a lifestyle approach by a dairy farmer in rural England and his prize cows, facing an uncertain future.

TINY:  A STORY ABOUT LIVING SMALL  – A film that explores home, and how we find it, through homes stripped down to their essentials, the film raises questions about sustainability, good design, and the changing American Dream  Directors Christopher Smith and Merete Mueller in attendance.