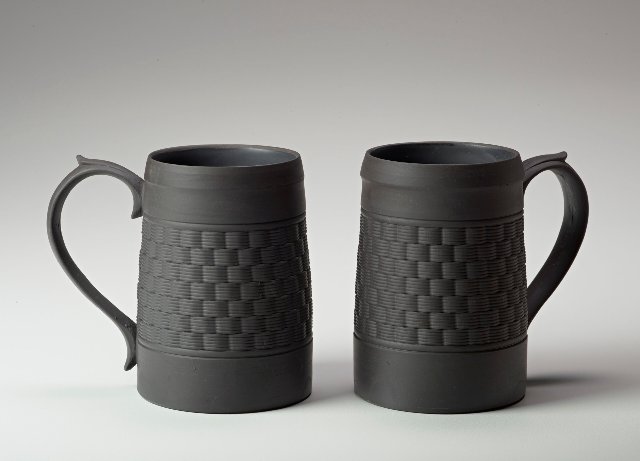 Artist James Turrell has a masterful understanding of human perception. His work across media—from two-dimensional artworks to site-specific installations—draws intrigue from the intersection of light and space. In this exhibition in an historical setting, Lapsed Quaker Ware represents a body of work that manifests a new perspective on light through its absence. A simultaneous presentation of the ceramics collection can be found at MASS MoCA in a contemporary setting.  This series of black basalt-ware ceramics was created in collaboration with Irish potter Nicholas Mosse of Kilkenny, Ireland.  The ceramics collection absorbs light as opposed to refracting it; pitch black and unyieldingly dark, Lapsed Quaker Ware exerts a visual gravitational pull, drawing in the viewer with a visceral sense of the sublime.

By making light the subject of the revelation, Turrell’s work challenges the very nature of how and what is perceived and, in particular, how what is perceived affects and forms the reality lived. One part meditative and another confounding, Turrell’s works heighten the viewer’s very sense of seeing and place the viewer in a realm of direct experience. “My work is more about your seeing than it is about my seeing, although it is a product of my seeing,” said Turrell.

Installed at Hancock Shaker Village in a period room of the 1830 Brick Dwelling, Turrell’s tableware and vessels create a dialogue between past and present, light and dark, Shaker and Quaker. The pottery was inspired by the 18th century black basalt work of English potter Josiah Wedgewood, who made a very decorative black basalt ware for the general English market, but also created a simpler design for the American Quaker market.  This tradition lapsed.

Self-proclaimed lapsed Quakers, Turrell and Mosse decided to revive the tradition by producing a series of their own black basalt, created entirely by hand, one piece at a time.

According to one critic, Lapsed Quaker Ware teaches us that looking at ceramics can be a hallucinatory experience—the blackness embodies a perceptual field “in which there is nothing for the eye to latch onto, where color and brightness are homogeneous.” Lapsed Quaker Ware was first shown in the Trans-Penine exhibition (1996) at Ackworth Quaker School in Pontefract,West Yorkshire, England, (which features tableware specially designed by Wedgwood). Since its debut, the work has been used at Agua de Luz, a pyramid made by Turrell near Tixcacaltuyub, Yucatan, Mexico, and it is the intended tableware for Turrell’s opus, the Roden Crater Project, a monumental work of Land Art created within a volcanic cinder cone in Northern Arizona.

At Roden Crater, every detail – from atmospheric experiences to everyday objects – is being designed with intention.  When installed there eventually, Lapsed Table Ware will become a microcosm of its environment. The materiality of the dark clay and its striated surface design come from and, in fact, mirror the land itself—like mini-earthworks that can be held in hand. Similarly, the Shakers designed everything with intention, employing strict linear geometry, flat planes of color, and a flood of natural light to elevate everyday life so it resembled a divine state of being. Both might be perceived as a perspectival shift—the experience of another world that pivots between a grand and intimate scale.

James and Nick are no longer lapsed Quakers.

James Turrell is a distinguished artist whose work has been exhibited in art institutions across the world, including the Guggenheim Museum in New York, the Whitney Museum of American Art in New York, the Los Angeles County Museum of Art, MASS MoCA in North Adams, the Stedelijk Museum in Amsterdam, the Israel Museum in Jerusalem, the Kunstmuseum in Wolfsburg, the National Gallery of Art in Canberra, and the Chichu Art Museum on Naoshima Island.  One of Ireland’s most beloved potters, Nicholas Mosse established Nicholas Mosse Pottery in 1976 after training in England and Japan.  All pottery is made by hand, undergoing a 20-step handmade process in the style of Irish spongeware, the traditional pottery of Ireland used in the 18th century.