Neil Simon's Barefoot in the Park 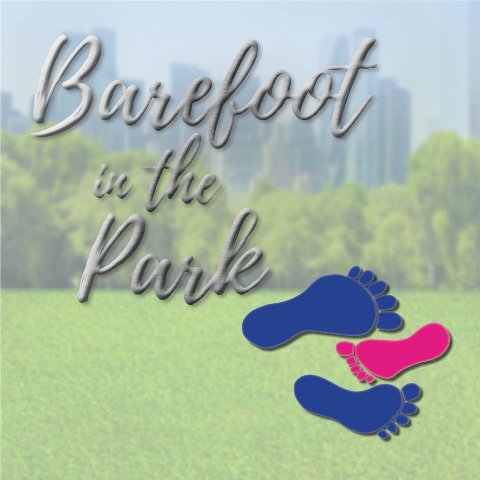 The brand new Legacy Theatre in Branford opened with a production of the first big Neil Simon hit, Barefoot in the Park which runs through Sunday, May 23.

The combination of a sparkling new theater and a familiar comedy works for an enjoyable evening.

The plot focuses on the first days of a newlywed couple in their first apartment. Corie, who is best described as “kooky,” has found this tiny, fifth floor walk-up by herself. Just back from their honeymoon (six days at a New York hotel), Corie is awaiting furniture delivery and her husband, Paul, a young, serious lawyer.

The set-up is familiar; that it is comic when opposites attract; Simon later used that idea successfully in The Odd Couple.

Here the complication is that they have an any even more bohemia upstairs neighbor, Victor; plus Corie’s typical suburban mother, Mrs. Banks. Corie sees an opportunity to liven up her mother’s dull-to her-existence.

During the course of the three acts – now performed without an intermission, you can be sure that things will go as expected: the newlyweds have their first big fight (the word “divorce” is thrown around), the attempt to get Victor and Mrs. Banks together appears to be catastrophe. Yet in the end everyone is starting a new adventure.

The first thing you will notice entering the theater is the set by Jamie Burnett. It absolutely looks like a tiny, odd NYC walk up complete with a large angled window/skylight in the ceiling.  Once you get to know Corie, played excellently by Melanie Martyn, you can understand why she was so attracted to it though Paul and her mother don’t see the charm.

Once the furniture arrives (late), Burnett and prop designer Katya Vetrov have turned it into a delightful, though still small, apartment.

Of course, the running gag is how out of breath most of people are after climbing the five flights or if you count the stoop, six flights. Only Corie and Victor seem to be in shape for it.

The key to the success of the play is that you must find Corie charming, despite the fact that she seems very sure that she knows what is best for everyone. If not handled well, she can come across not as a charming kook but as someone who is both immature and unconcerned about the feelings of others.  For the most part Martyn manages to make her charming, but there are moments when the charm disappears.

Mitchel Kawash has the more difficult role; Paul is less developed character. A young lawyer striving for success who follows the expected paths. When Corie calls him a “stuffed shirt” you can see where she is coming from. Simon doesn’t really give Paul anything other than the serious lawyer persona. Kawash does the best he can with this character. Even Corie’s mother seems to be more interesting.

The bohemian Victor shows us what Corie could become in thirty years or so. Michael G. Sayers manages to show his flirtatious side in a delightful performance. Stephanie Williams is fine as the mother who tries to accommodate her daughter’s whims even when they are outside her comfort zone.

Barefoot in the Park will remind of you an earlier time; the play will have its 60th anniversary in 2023. It may seem amazing to modern audiences that both Mrs. Banks and Victor are in their 50s but considered “old,” that Corie appears to have no job nor plans on a career, and that a Princess phone was an object of desire.

A new theater opening and offering us the opportunity to be part of the collective nature of theater is a sign of hope as we come out of this pandemic.

Legacy Theatre is selling a limited number of seats for each performance with social distancing between audience clusters.

For information or tickets visit LegacyTheatreCT.org.