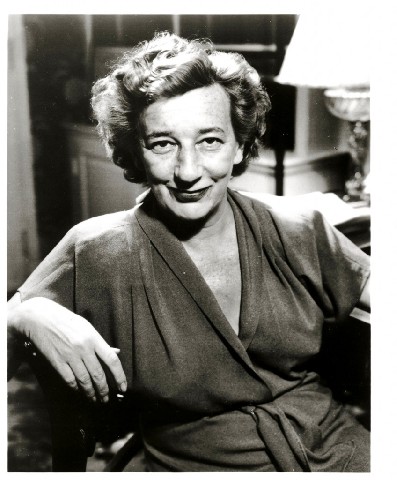 Last week I saw two masterpieces of 20th century theater by Lillian Hellman, the great playwright and left wing political activist. (I‘m a fan on both counts.) The two shows were extremely different in production values but demonstrated the power of performance.

I attended Goodman Theatre’s The Little Foxes on opening night and reviewed it for Gapers Block. (My review also appears on culturevulture.net and berkshirefinearts.com, by the way.) It was an excellent production with a sumptuous set and gorgeous, richly detailed costuming, especially the women’s gowns. As I said in my review, the production “stars a galaxy of Chicago’s finest actors and surely resonates with some of the current discussions about racism, sexism, domestic abuse and income inequality.”

The venal Hubbard siblings (Regina, Oscar and Ben) who fight over the family legacy and the spoils of a new cotton mill are played by Shannon Cochran, Steve Pickering and Larry Yando. John Judd plays Horace, Regina’s husband, and Mary Beth Fisher plays Oscar’s sweet and abused wife Birdie. The rest of the cast is equally excellent. The nearly three-hour play (with two intermissions) is not only a visual treat; it’s gripping from beginning to end.

On Saturday afternoon, the Goodman presented an amazing one-time only event; a free performance of a reading of Hellman’s Another Part of the Forest, the prequel to The Little Foxes, which is set in 1900 and was first produced in 1939. Another Part of the Forest is set in 1880 and was written in 1946. Both are set in a town in rural Alabama and are based on Hellman’s own family story.

The reading was held in a rehearsal room on the second floor of the theater and held probably 60 or 70 seats at the most. (Needless to say, it was a capacity crowd.)

It was a plain vanilla reading, not a staged reading where there is some blocking and action. The actors all had their scripts on paper and usually stood at music stands at the front of the stage area. When they weren’t reading, they sat on folding chairs at the rear.

The most significant thing about the reading is that the 12-member cast was fully equivalent to that in the fully staged production. The acting was superb with attention to accents, vocal intonations, gestures and expressions. Some of Chicago’s finest actors were here too (none of them from the cast of The Little Foxes). Deanna Dunagan (you saw her as the mother in August: Osage County) plays Lavinia Hubbard, the siblings’ mother, whose fading memory comes through in the end. The always superb Larry Neumann Jr. read the part of Marcus Hubbard, the father who made a lot of money during the recent war, trading with the enemy (the Union forces). That’s the real source of the siblings’ later wealth. Neumann is one of those character actors who you’ve seen many times. He played the doctor in the legendary Famous Door production of the two-part Cider House Rules, Richard Nickel in Lookingglass’ production of They All Fell Down: The Richard Nickel Story; and Samuel Finkelbaum in Writers Theatre’s The Puppetmaster of Lodz.

John Hoogenakker gave an excellent reading as Ben, the younger version of the character played by Larry Yando. (You may have seen Hoogenakker on TV in Chicago Fire or Empire or in Goodman’s The Iceman Cometh or Other Desert Cities. Steppenwolf’s Tim Hopper (Marie Antoinette, The Night Alive, Russian Transport) played John Bagtry, Birdie’s brother and the young Regina’s sweetheart.

I thought perhaps Goodman would abbreviate Another Part of the Forest, but no, the full script was performed: almost three hours with two intermissions. The story was gripping from beginning to end and proved that great actors make you forget what they’re wearing or what the scenery behind them looks like.

The Little Foxes continues at the Goodman Theatre until June 7. Sorry you missed the prequel. Also you can find 1940s film versions of both plays.

Hellman based these two plays on the stories of her southern family, so there are some economic parallels. My published review of The Little Foxes emphasizes the economic aspects of the story, which make the play richer than just a family melodrama, as it’s usually characterized. I wrote:

Hellman’s play is set in 1900 “when the South was dying after the failure of Reconstruction, whose planners had hoped that the region would turn into a new industrial power. That didn’t happen. (In fact, slavery was detrimental to the southern economy. It inhibited manufacturing and technological innovation as well as the growth of cities.) And Hellman wrote the play in 1939 when the impact of the Depression on people and society was much on the mind of Hellman and her audience members.”

Now I’m not an economist, but I do have one on call. However, as a resource here I’m going to call on a poet instead. Stephen Vincent Benet wrote John Brown’s Body, the stirring book-length verse narrative of the Civil War (or the War Between the States, as the Hubbards would call it). Benet’s poem, published in 1927, characterizes the war as preparing the South for its future as part of industrial America, but his prediction is about 75 years off. After 372 pages of the romantic saga of the war, its soldiers, victims, fictional characters, and Abraham Lincoln’s death, Benet wrote this in his optimistic conclusion:

John Brown’s body lies a-mouldering in the grave.
Bury the South together with this man,
Bury the bygone South.
Bury the minstrel with the honey mouth,
Bury the unmachined, the planters’ pride,
Bury the whip, bury the branding bars,
….
And with these things, bury the purple dream
Of the America we have not been,
The last foray of aristocracy
Based not on dollars or initiative
Or any blood for what the blood was worth
But on a certain code, a manner of birth.
….
Out of his body grows revolving steel,
Out of his body grows the spinning wheel,
Made up of wheels, the new, mechanic birth
No longer bound by toil
To the unsparing soil
….
Out of John Brown’s strong sinews the tall skyscrapers grow,
Out of his heart the chanting buildings rise,
Rivet and girder, motor and dynamo,
Pillar of smoke by day and fire by night,
The steel-faced cities reaching at the skies,
The whole enormous and rotating cage
Hung with hard jewels of electric light….

Benet’s book won the Pulitzer Prize in 1929. It’s not really great literature, because it’s rather uneven and not a little melodramatic. But it’s a great way to read the Civil War story. The book is out of print, but you can buy copies online.