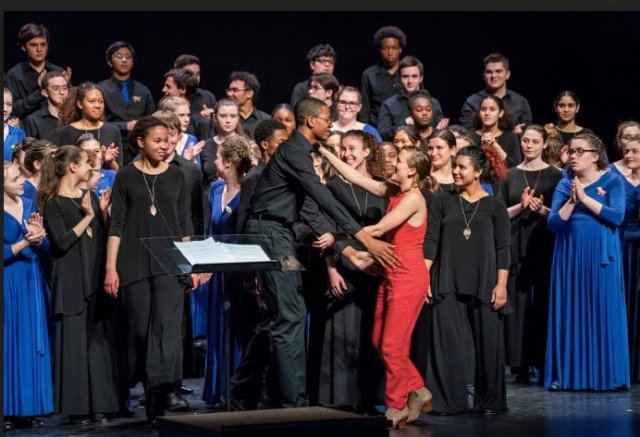 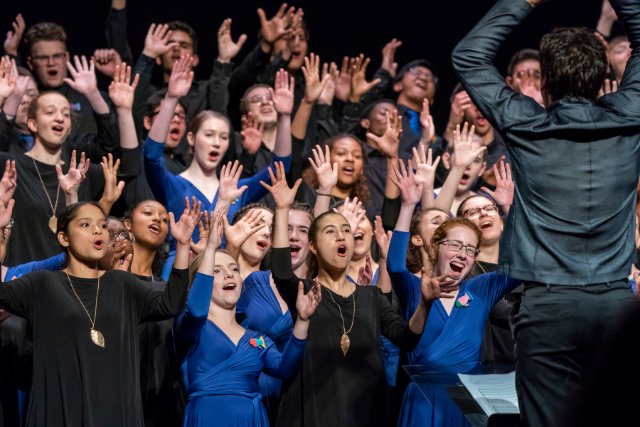 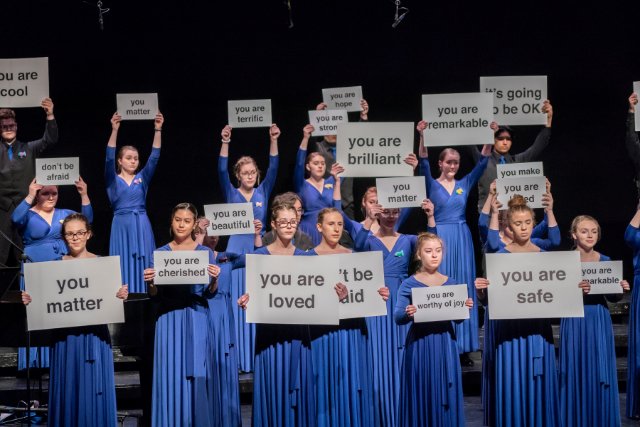 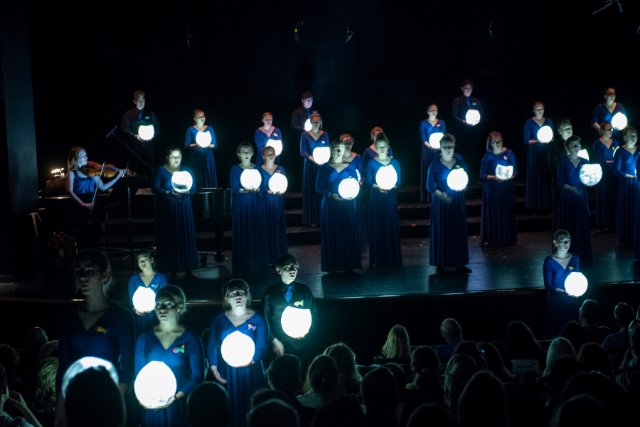 Shallaway Choir Lights up a Concert 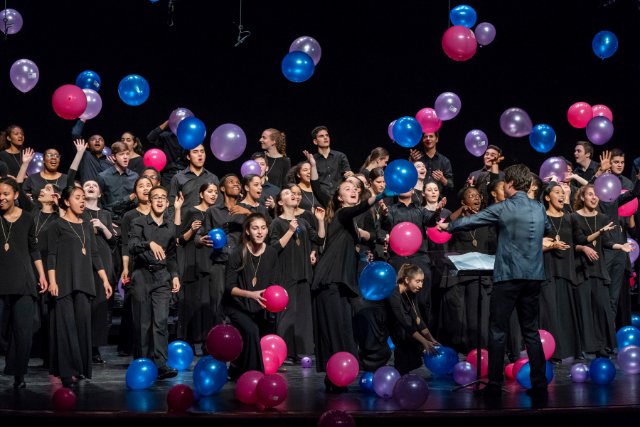 Young People's Chorus Learns Another Use for Breath

The Young People’s Chorus of New York performed their annual Vocal Resolutions concert on May 19th at the Gerald Lynch Theater in New York. They were joined by the Shallaway Choir of Newfoundland, a group that has won as many awards as the YPC. Mantra Percussion made an unusual appearance, YPC being the only singing group they work with. (Shallaway added to the mix this year.)  Mantra is particularly suited to the music of this year’s Pulitzer Prize winner for music, Ellen Reid. Her music mixes a bell-like quality with percussive drive.  Mantra performs on marimba, xylophone and triangles with their assembled feet driving bass drums beats incessantly.

This concert had Mantra performing Reid’s Fear/Release without voices so that the audience could both appreciate her instrumental qualities and theirs.

Shallaway Choir from Newfoundland opened the program with folk songs and also a piece with religious overtones. The purity of the combined Shallaway voices, sounding as one lovely bell, was striking. They added a moving beat to their performance, swaying as one foot was placed behind the other and then tapped. At one point, they swooped to the knee in a bend, which the singers described as an extremely difficult move reminiscent of Motown. Yet one felt that the fun feelings of movement freed to singers to perform at an even higher level.

Núñez, the founder of YPC and its conductor, worked with the group from its start three decades ago. He unleashes the true voices of often twitchy and fearful teens. He never thought that a chorus should stand still, like a choir.  He looked to body motions to liberate the musicality of the singers and to more deeply engage an audience.  In Bubbles,the concert hall was not only filled with sounds, but also with  thousands of rainbow bubbles blown to fill the stage.  In another song, balloons were intermittently blown up and released.  Batted out to the audience, they were smashed back to the stage. Not distracting at all, but rather more fully engaging everyone in the concert hall.

Reid’s music is richly resonant. The overarching theme of this concert was ‘balance.” When Reid accepted her assignment from Núñez, (prior to her Pulitzer) she talked with the choristers and soon knew their words would be interspersed with her music.  She wanted to express “the many chaotic, and often conflicting pressures in their lives.”

Her Take Time from The Books, was performed with Mantra.  “The man which is to be has already been, the man which is now hath already been...take time, take time.”  This echoes the ages of man from Shakespeare. Reid's new So Much on My Soul,” with Shallaway, YPC and Mantra all performing. Reid succeeded in creating cycles, and repeating gestures.It was a journey to self-acceptance in which balance is both cyclical and endless.

This ambitious mission was realized by the musicians in a concert of profound delight.