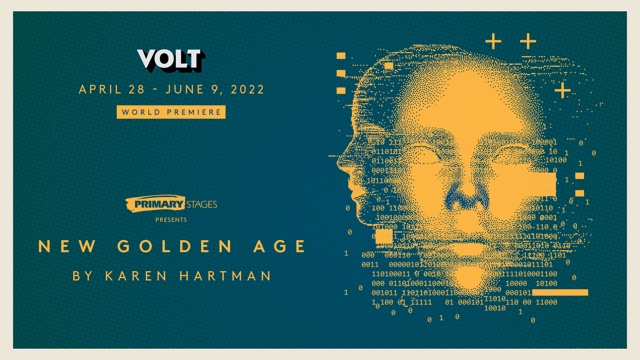 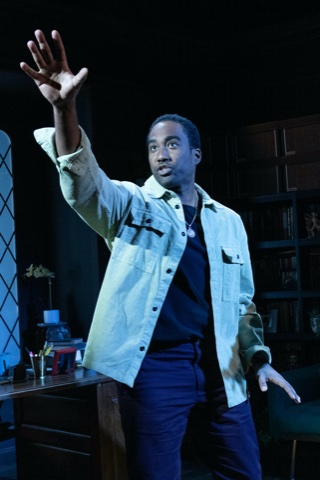 Richardy Fabre takes on the difficult role of Silas, a man who has lost his family and is promised redemption by ratting on others. Photo credits James Ley 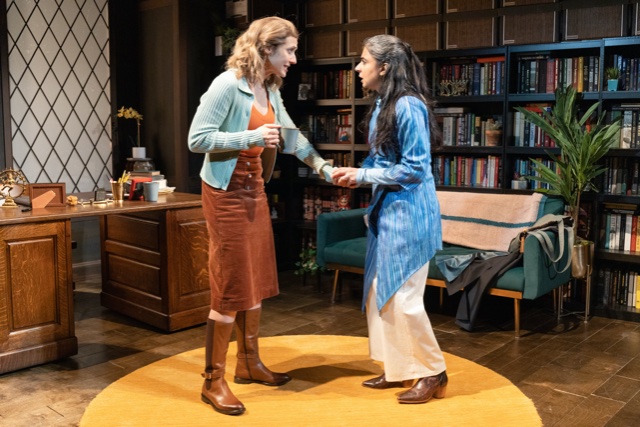 The future and the past future Sisters Debate in New Golden Age Claire Siebers is hopeful, even as she is crushed. Mahira Kakkr retains her dignity though superhuman challenges. 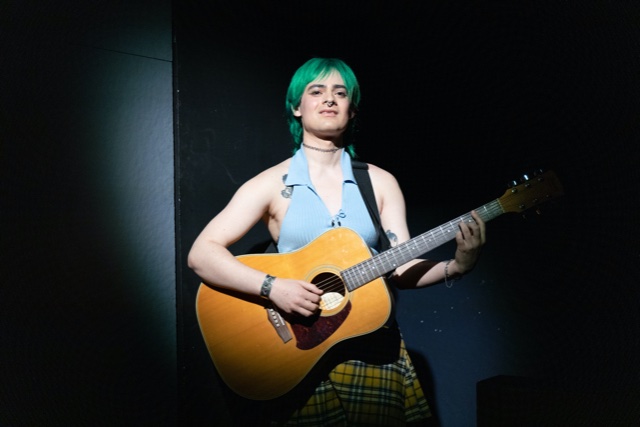 Carmen Castillo suggests a Woodstock moment in the dystopian future.

New Golden Age, one of her three  plays now running, attributes its intellectual origins to the work of Shoshanna Zolub, who writes about modern corporate surveillance and Lina Khan, now head of the Federal Trade Commission and author of a viral law article on revisions to the concept of antitrust responding to the development of companies like Amazon.

The heart of the play is in concepts of brain implants, proposed by some to increase our memories, and also addiction to devices and its consequences.

Characters are fully human, even a mega billionaire Matt, who is looking for a way to humanize our new connectivity.  Two sisters become polar opposites. A humanitarian Professor  leads a movement to rebuild 'natural alone behavior' and  the restoration of intimacy. Her half sister Polly hasn’t worked for six years, so she accepts a job with Sunlight, the company that implants Sun.  Sun opens up new surveillance horizons. It makes intellectual property theft easy.

Connectivity is explored.  We could see the wires running from telephone pole to telephone pole. Monitors on the rails of the baby's cribs were obvious. As infants we knew the gaze.  Government's started wiretapping,  but not for private use. Professor Lin notes that  one President got impeached for wiretapping.

Professor Lin finds herself in  a room just very hot, a few degrees hotter than a hot yoga class, which also encourages self-disclosure.

What is being mined here is a high level of personal data, an individual’s Tale. The process is revealed by a bit of psycho drama with alternate role playing  Polly becomes Lin.

Anyone who has been around the new millennials whose devices seem to grow out of their ears and hands knows how dangerous this merger is. It makes listening easier for the corporations, who distribute "New Suns.” As this device is installed, swabs collect genetic material and allow the manufacturer to glean intimate information about a person.

The sinister process of personal takeover is frightening, in part because, when you think about it, that future is here. The play's title suggests the "Golden age" of Hesiod, a purely mythical period.  Yet it has come to mean a time in which society has reached greater heights than periods preceding and following it. The play is as rich in irony as its title. See it!