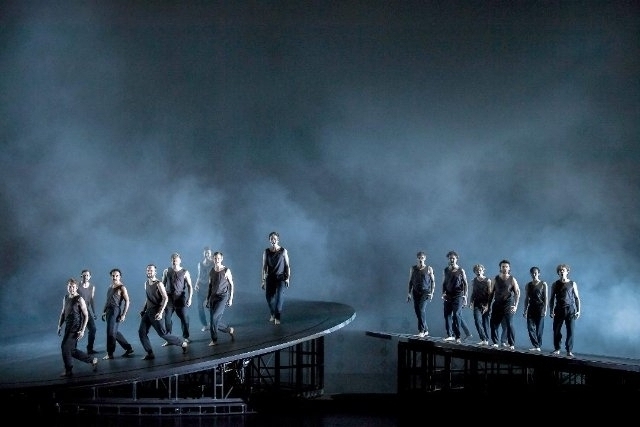 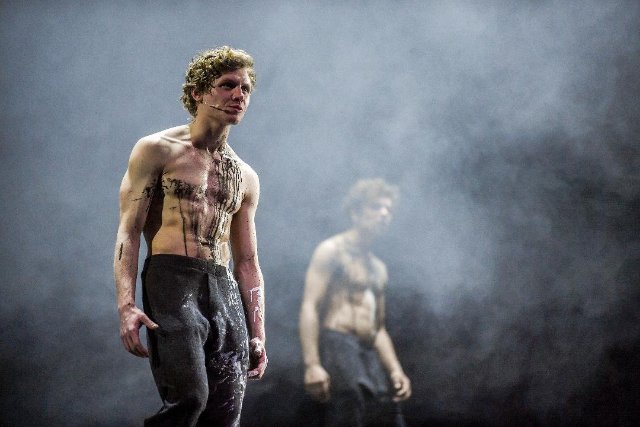 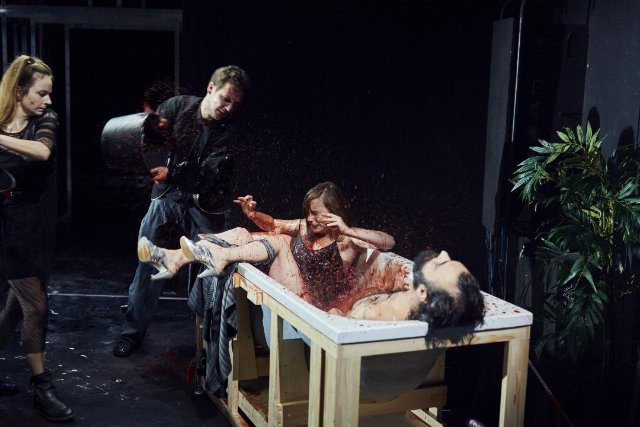 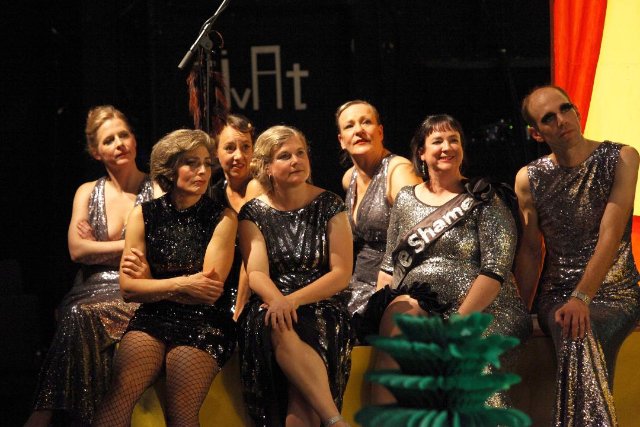 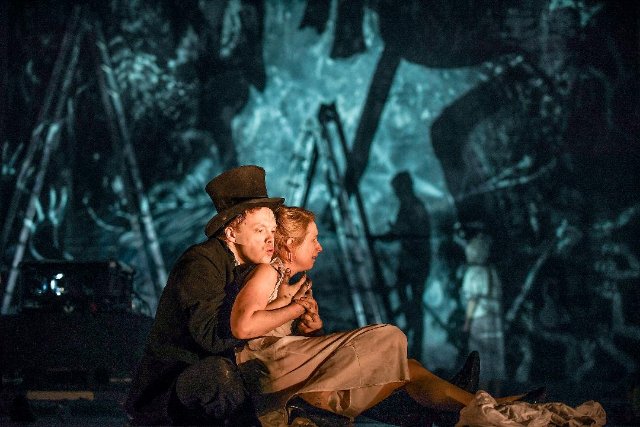 The 56th Theatertreffen (Theatre Festival) in Berlin just drew to a close. From May 5th through May 20th 2019 ten new productions of German speaking theaters in Austria, Germany, and Switzerland were selected on the basis of having unusual formats, innovative aesthetics or independent structures. Only nine of them made it to Berlin though. Presenter was, as for the last 15 years, the Berliner Festspiele. 14,446 spectators were able to judge the productions in this main location, but also at the Deutsches Theater, HAU (Hebbel am Ufer), Sophiensaele and the Volksbuehne, as to relevance and impact.

Most of the works were impressive deliberations on the horrible state of existence supported by stunning stage settings. The festival opened with Simon Stone’s Hotel Strindberg, a co-production from the Wiener Burgtheater and Theater Basel. Freely adapted from August Strindberg’s depiction of deadly unhappy couples, it is a huge undertaking, showing a multi-storied hotel with people constantly fighting and in desperation.

Equally depressing but impressive was the finale of the festival, Ulrich Rasche’s Das Grosse Heft (he big pad) from the Staatsschauspiel Dresden. Twins recap the vagaries of growing up in the thick of war, constantly moving on two rotating disks. They are endlessly talking and walking in misty grayness, supported by an anonymous cast and Wolfgang Amadeus Mozart’s haunting requiem in d-moll. One of the twins, Johannes Nussbaum, received one of the three prizes of the festival for an outstanding performance of a young actor.

The only theater invited to show two productions was Staatsschauspiel Dresden, the second being Erniedrigte Und Beleidigte (denigrated and hurt) by Sebastian Hartmann. It is an adaptation of Fjodor Dostojewski’s novel, written after he was released from prison in Siberia. It is a most hysterical coming and going on stage, the senses of the public are at a loss as to where to look first, what to focus on. Thus, the production succeeds in what it set out to depict - the utter hopelessness of man to find happiness and peace.

Ah happiness! Not even the recapitulation of Greek legends in honor of their Gods affords distance and relief from immediate disasters. Christopher Rueping brought Dionysos Stadt, his ten-hour long interpretation of Greek battles between Gods and Men, from the Muenchner Kammerspiele to the Berliner Festspiele. Lest one forgets our classical education here one can refresh it. It was actually a great experience to indulge in cultural history, once fear was overcome of spending many hours in one long theatre performance.

Much was talked about the selected works. Associations and references of known works and writers abound. Theater Basel brought an interpretation by Claudia Bauer of Peter Licht’s treatment of Molière’s Tartuffe in Tartuffe Oder Das Schwein Der Weisen (Tartuffe or the pig of wise men). Not much remains of the original play.   Deutsches Theater Kammerspiele and Malmö Stadsteater  reinterpreted Ingmar Bergman’s Persona under the direction of Anna Bergmann. A famous actress has a breakdown, will not talk, is isolated in a sterile hospital surrounding. Again, it is a haunting investigation into human frailty.

But, there was light, light-heartedness in the performance piece of She She Pop Oratorium. It is a co-production of many theatres, performed at The House of the Berliner Festspiele with inclusion of the public. It received the Theater Prize Berlin.

All in all, the 56th Theatertreffen was a great experience. It afforded a glimpse into the present-day theater world of German speaking countries, mostly with English sub-titles. It also showed a tendency toward heavy subjects, like the struggle of the individual against or within their respective surroundings, the ‘individuum’ as victim of society. It is a timeless struggle and a preferred topic of German-speaking stages.