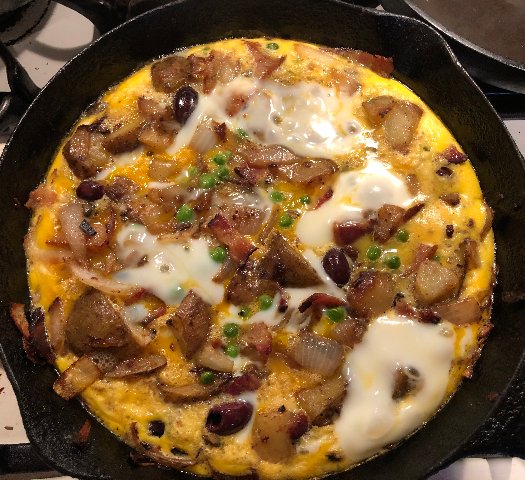 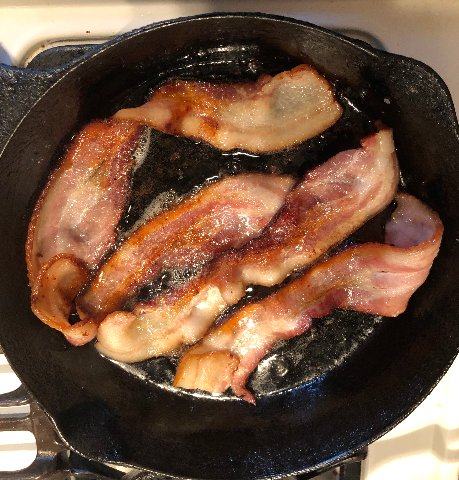 Crisping bacon but any meat is possible or not. 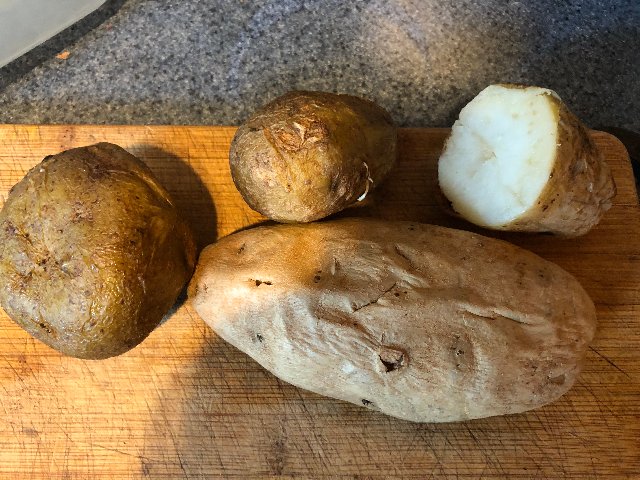 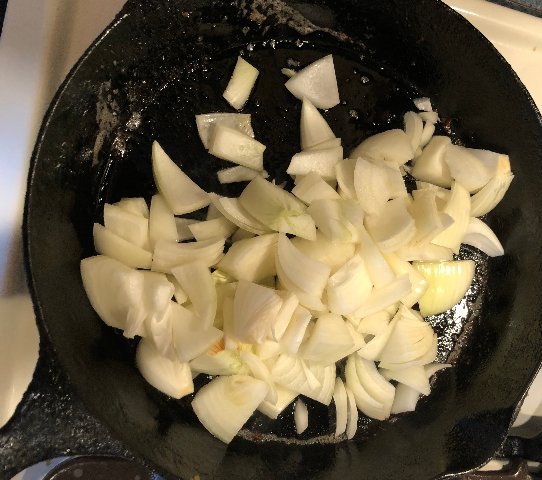 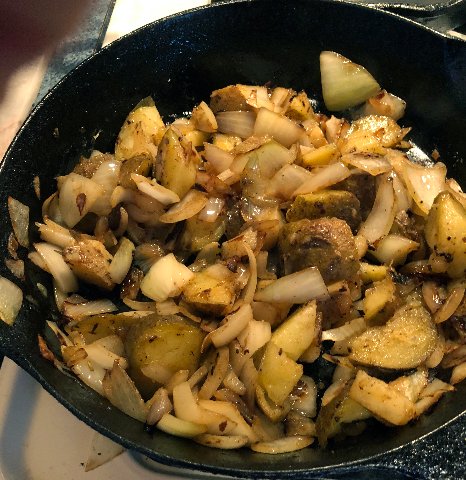 More or less home fries at this point. 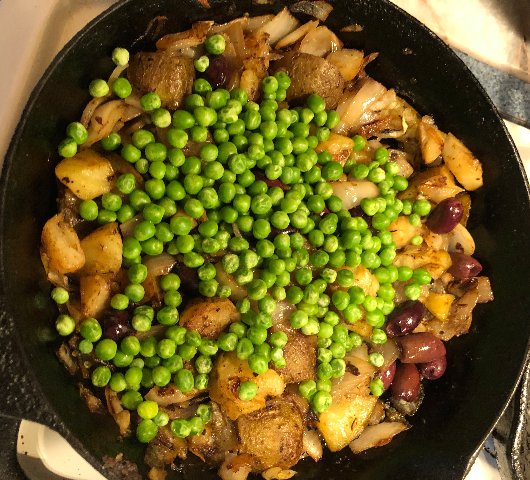 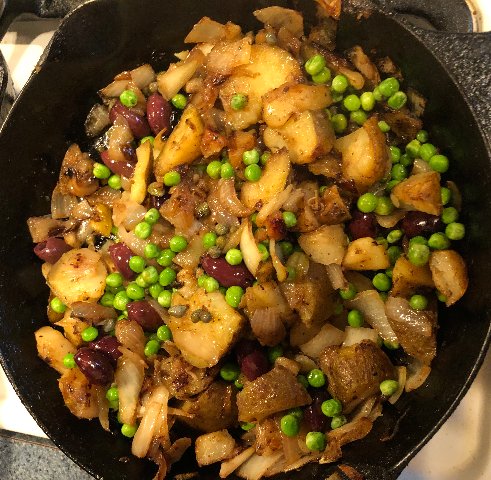 Mixing in olives and capers. 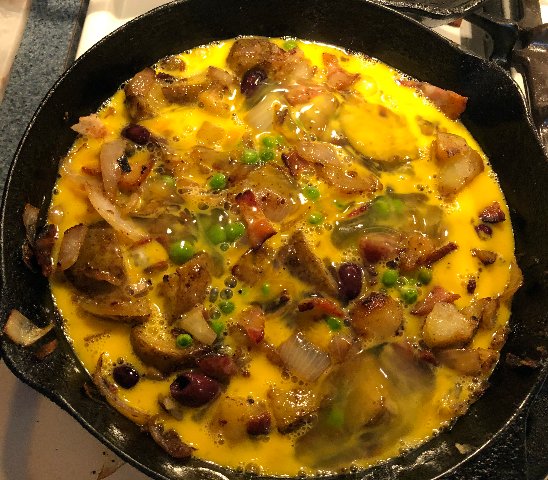 On the stove ready to pop into the oven.

When visiting Spain a frittata is a standard tapas item.

It’s simple and versatile to create for a home-cooked evening meal.

There are some basics but more or less anything goes.

We started with left over potatoes.

An essential is an iron skillet but if you don’t have one don’t let it stop you.

I cooked five slices of thick bacon until brown and crispy. This was set aside and added later. I used kitchen scissors to make bacon pieces. That worked brilliantly.

Onion was fried in bacon grease until softened. Then diced potato was added.

I poured off the excess bacon grease and then added when needed.

At that point you more or less have home fries.

On this occasion we added frozen peas and kalamata olives as well as capers.

Perhaps on another night you might add asparagus or mushroom.

This time we didn’t use cheese but that’s a go-to ingredient.

Once all the ingredients are combined it’s time for eggs.

Poured over the potato and onion concoction it’s the binder.

That may seem like lot of eggs but not really.

We had dinner for two over two nights.

So that’s about two eggs per portion which is rather normal.

Once the eggs were poured over the frittata was started stove top.

We checked to see when it was firm.

Served in slices it proved to be a one-dish, filling dinner.

Adding a salad is a nice idea.

During quarantine this is a great, go to, two-day meal for two.