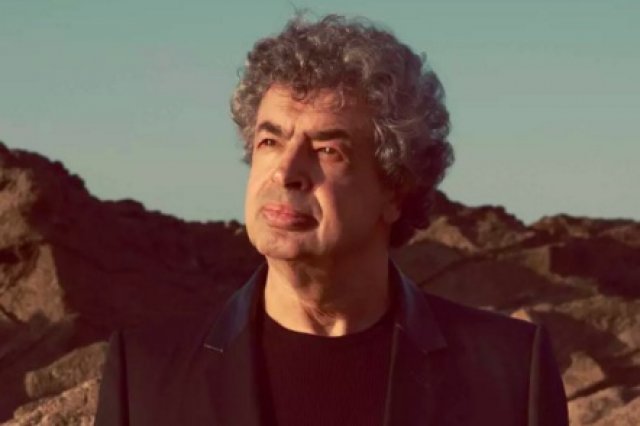 Semyon Bychkov returned to conduct his second program of the spring season at the New York Philharmonic. Among the many gifts he brings to the orchestra’s performance is a one-tone effect drawn forth from the large string section, playing together with the force of many channeled into a single sound. This was particularly evident in the second part of the program when Richard Strauss’ seldom-played Alpine Symphony was given a glorious outing. This piece does not often appear on programs because  it requires an orchestra of 125 instrumentalists.

The Philharmonic gives Strauss his due in the rumbling of a wind machine, a thunder panel hanging from the ceiling stage right and even a heckelphone, an instrument Strauss was one of few composers to use.

The evening opened with Luciano Berio’s Sinfonia for Orchestra and Eight Voices. Here the orchestra lofted clouds of sound in which individual notes seemed mashed one against another, often closer than a halftone apart. The Sinfonia, we are cautioned by the composer, is not symphonic. Eight voices provided by the Roomful of Teeth Vocal Ensemble punctuate the usual orchestral instruments with amplified voices, sometimes singing, sometimes speaking the language of writers the composer found interesting. It is described as an evocation of the dissonant period of the sixties in this country,  Sounds are not unlike those you hear walking in the Lyndon Johnson Presidential Museum at the University of Texas Austin. The Ensemble’s voices brought sanity to otherwise harsh proceedings.

While Strauss has created tones and sound clouds that occasionally are strident and clashing, most often we hear his horns. Strauss was the beloved son of a horn player who was called the Joachim of the horn when he performed. Wagner was not a fan, and called him “sulking”. Yet he admired the artistry of Father Strauss' performance.

It is hard to imagine a better orchestrator for the horns than the son. Listening to the seemingly impossible tones of the deep tuba you note that two are performing. They compete with the organ for the growling bass of the Alpine Symphony. As the strings are unified into one tone by Bychkov, so too, the horns often blare as one with all the power of the nine represented this evening.

From the start in a rumbling quiet it is clear that the conductor is going to build this piece of pictures into a symphonic whole. That entails measuring the dynamics to give the greatest impact as its grandeur unfolds. By foregoing individual portrait painting, the Symphony becomes both wide-ranging and inclusive. At its whispered conclusion, you are stunned. We are left to wonder at how Bychkov and the Philharmonic have held together so many disparate elements in a piece that extends for about an hour. One hopes that Bychkov will spend more time with the Philharmonic going forward.  He and the orchestra sound like a perfect fit for wonderful music-making.