A.R.Gurney's What I Did Last Summer

Jim Simpson Directs at the Signature 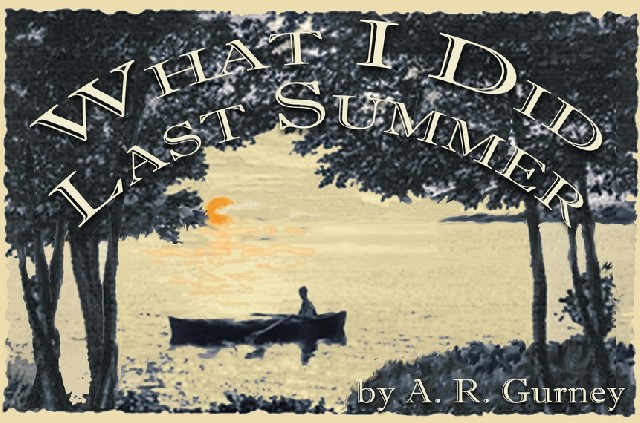 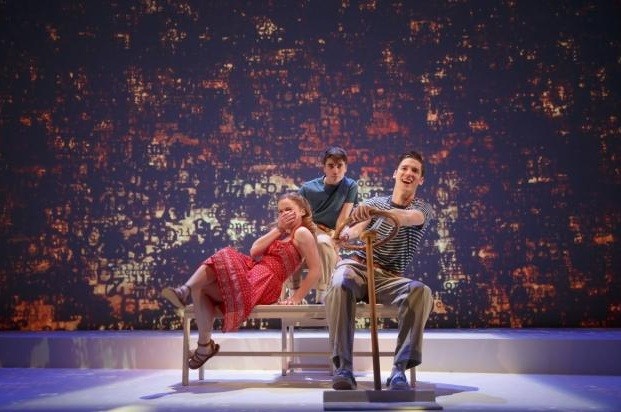 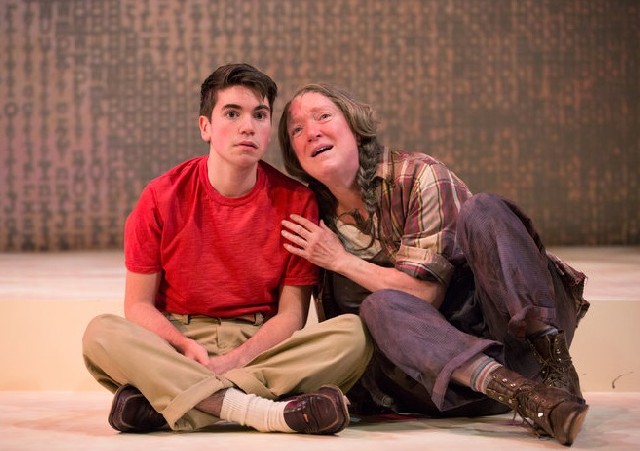 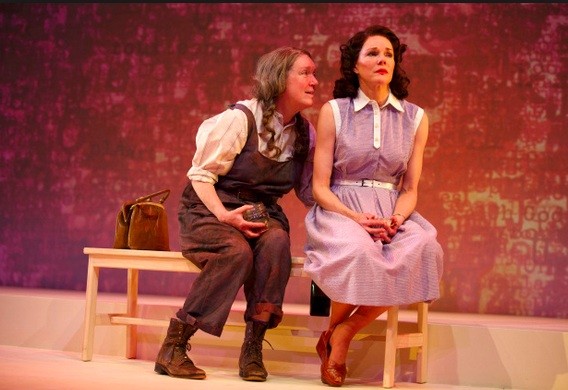 How could it be a dream summer at the beach when Dad is off fighting the Japanese in the Pacific, Mom is lonely, Elsie is trying to lose weight and Charlie is trying to become a man without a model around?

Yet it is.   Mom has an affair down the road. (Quietly, the way Wasps do. No one knew about Anne Morrow Lindberg’s quiet affair with Dana Atchley). Elsie succeeds in learning to drive and driving the family, and Charlie gets a taste of what it is to be yourself,  not your usual Wasp objective: Stamping in class.

Down the road lives a wild women.  In fact, like men of her day, she is a modeler.  Anna is named Pig Lady because her home is a mess: is it unmanly to clean?  Anna encourages Charlie to express himself with paint, clay and yarn. He will later graduate to writing.

At the end of this summer Charlie is off to St. Paul’s, which another Wasp, former Mayor Lindsay of New York, used to call his high school.  Not exactly PS 101.

No one has captured the contemporary haute Wasp better than Gurney. Over and over he presents the rituals, ingrained and deeply satisfying to participants. We forget that Wasps have never been in a majority in this country, and yet their values have elevated us to our best moments. James Baldwin summed these values up: ‘matters of the mind’ and ‘manners.’   Wasps cared about learning. Baldwin defined ‘manners’ as the technique of keeping someone politely at a distance until you decide you want to be closer. As the US becomes more multicultural we are losing these qualities and they will be sorely missed.

Many of the characters in the play break the fourth wall as they turn to the audience and ask whether the play is about them, or say they thought it was going to be about them. This disrupts the play’s emotional continuity deliberately. It also distances the audience from the action. Ironically, this is what Wasp’s often do in their inimitable and off-putting good behavior. In its very technique, you feel the impact of Wasp hauteur.

To be sure, particularly the male Wasp like Gurney, is set up to be squished and squashed and have all the juices torn from him. Wasps open up with they are saturated with booze, or if they meet someone like this play’s Anna Trumbull, who emerges from Kristine Nielsen’s tones and dances with the full force of….an American Indian. She does not shake hands; she ‘hows’ with the flat palm. A force a nature hardly does her credit.

Dan Weiner on the drums underlines dramatic moments, suggests the distant battles of World War II, and also accompanies an occasional song. Drums also suggest Anna’s Indian part and never leaves Cole Porter’s 'beat, beat, beat of the Tom Tom as the jungle shadows fall.'  We are not allowed to complete our feelings if we step out of the story. Gurney does and so do Wasps.

Jim Simpson is a terrific director. Charlie is the consummate physical 14-year-old, bounding across the stage in classic leaps and parrying and thrusting like a matador.

His foils, his mother and sister and the Canuck friend who at first gets the girl and then loses her, are all wonderfully acted. But they do not leap into their roles like Charlie and Anna do.

Maybe this is because the roles leave them trapped in Waspdom where Anna and Charlie are testing the edges. Anna went out long ago, and like Wasp women who do, she is ending up in a Tuscarora Trailer Park. Charlie’s future is more hopeful. It is Gurney’s journey, which has brought us such wonderful theatre.