Midlife Female Angst Over What Could Have Been 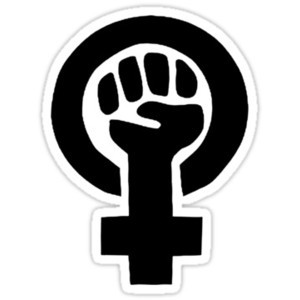 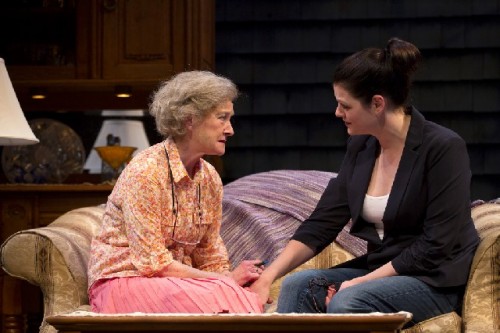 Nancy E. Carroll as Alice and Kate Shindle as Catherine 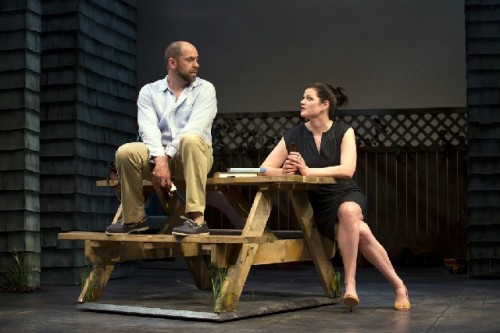 Timothy John Smith as Don and Kate Shindle as Catherine 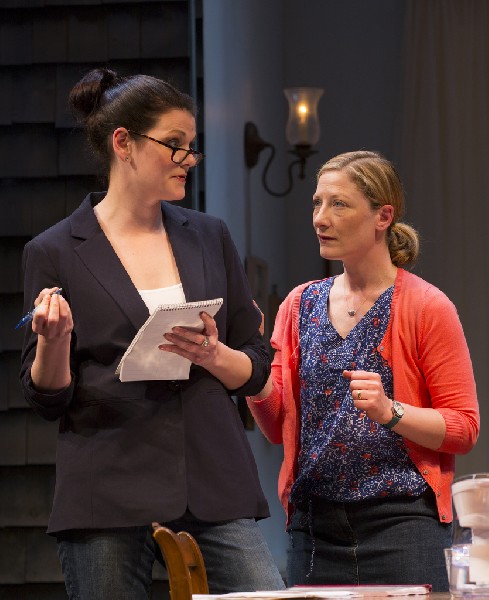 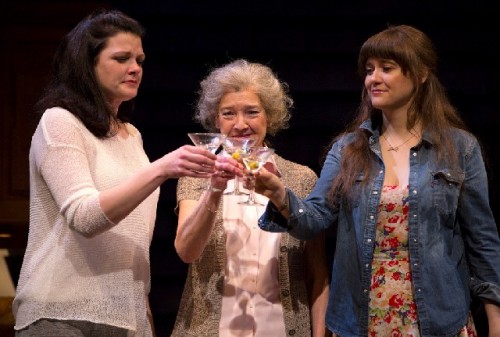 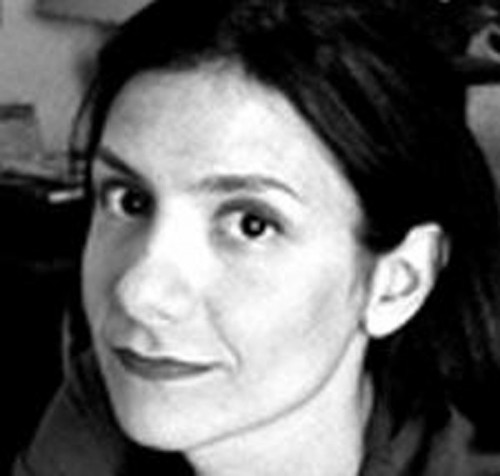 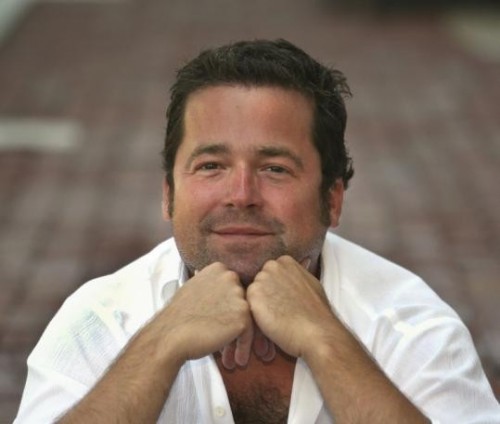 Using clever words and even cleverer phrases like bayonet thrusts and sharp sword exchanges, playwright Gina Gionfriddo's Rapture, Blister, Burn humorously speaks to the tough choices and contradictions that women face in shaping their lives. Seasoned generously with personal pain, this is a generational play about feminism and the women's movement with wit and insight.

Given some of the most clever lines in the play, Timothy John Smith's assistant dean/husband/father/former lover Don is the male in the middle. Once Catherine's grad school boyfriend, he marries her best friend Gwen when she leaves him to go to Oxford on a full fellowship. Catherine seems like a take on third wave feminist writer Naomi Wolf (The Beauty Myth).

Don has no ambition or academic enthusiasm, while Catherine is the hyperactive, popular in mainstream media, superstar academic pundit. She was even on HBO's Bill Maher's Real Time show for crying out loud. Don helps disfunctional undergrads find parttime jobs at his small campus. Gwen is disfunctional as a mother and wife on her own.

Even with his sloth, Don is not without his charm. Played with academic cynicism and ease, Timothy John Smith is thoughtfully amusing without being a sterotyped professorial loser. One of the best lines in the play is given to him. When Gwen wants to fire their babysitter for having a blackeye, Don responds with a droll description of his son. "He is not empathetic and won't notice her blackeye. He is a three year old narcissist."

Now 13 years later and two sons later for Gwen and Don, Catherine comes back to their college town to be with her ill mother and rekindle her relationship with the couple. There is still a spark for old Don that gets ignited into an awkward sexual fire.

Avery has her own problems. Though very smart, she lacks a clear academic focus. Her boyfriend and documentary collaborator has gone to California for a summer internship. It seems that he has involved himself with a Mormon honey (right a Mormon) and has forgotten/abandoned her. Shanon Esper hits the right tone for Avery's late adolescent's angst and budding young woman's shaky confidence.

Avery learns that life is not made up of only stark contrasts but shadowed and modulated by contradictions and apparent hypocrisies. She wonderfully adopts some of Alice's wise pragmatism.

Alice has recently had a heart attack, and Catherine has moved from New York City to take care of her. Yet, with surprising humor and warmth, Nancy E. Carroll's Alice takes better care of the more vunerable Catherine. Carroll is a jewel of a character actress.

Kate Shindle's Catherine is earnest but not quite so glamorous as expected while Annie McNamara's Gwen is a living frustration. Each actor embraces her character.

The set design by Alexander Dodge beautifully envelopes the domestic environments of the characters. Inside and outside, we visually feel the residential nature of the narrative. Like the play itself, the sets express home in a variety of ways.

Director Peter Dubois is on top of his game here. He thoughtfully uses the stage to expess the humor, sensitivity and emotion of the playwright's dialogue. The characters feel comfortable and realistic in space, time and movement by his sure direction.

This play was nominated for the 2013 Pulizer Prize for Drama. It has the clever, intellectual harmonies of other smart plays. Its wordiness is a function of its academic subject matter. By the way, the second act was less wordy than the first.

Playwright Gina Gionfriddo has crafted a clever reflection of generational experience with the women's movement and a surprisingly fresh, often brilliantly faceted view of feminism as it has bridged the late 20th and early 21st centuries.

Rapture, Blister, Burn illustrates that we don't necessessarily get what we think we want or need, but we do sometimes find out who we actually are. And that is not so simple an accomplishment.