A Man for All Seasons Howie Levitz 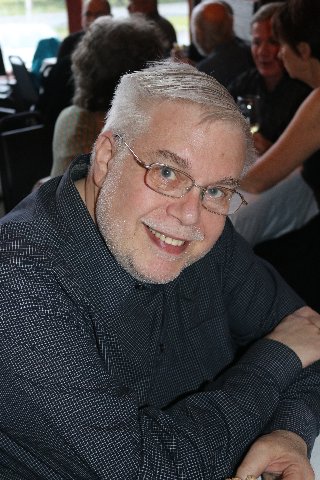 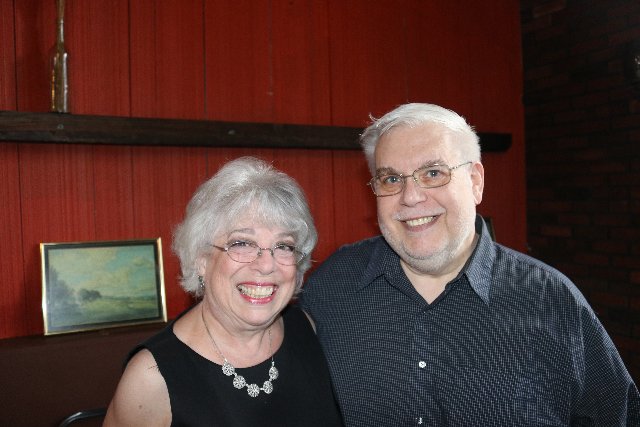 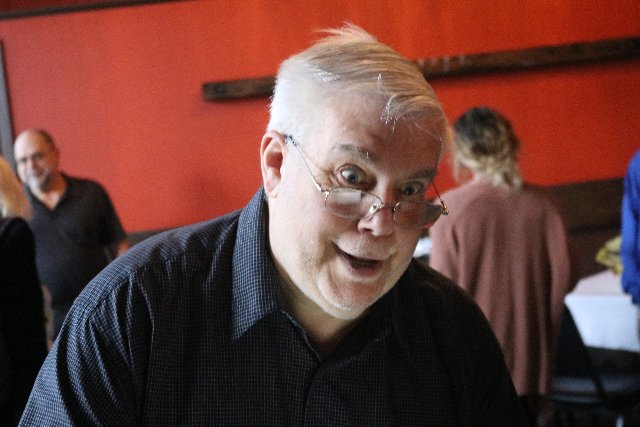 Leaning in for a punch line. 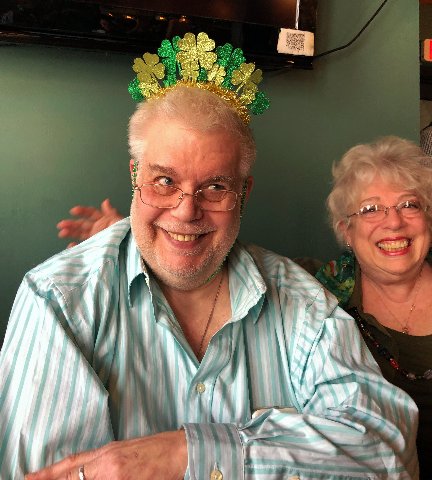 Recently celebrating the luck of the Irish.

It was with sadness that we learned of the sudden passing of our friend Howie Levitz over the Memorial Day weekend.

Just a year ago family and friends gathered to celebrate the fiftieth anniversary of Howie and Dale. It was quite a gathering hosted at Waubeeka Golf Links in Williamstown .

In 1969 they moved from New York to the Berkshires when he took a position as photographer for Williams College.

There are recent memories including a gathering for lunch to celebrate St. Patrick’s Day. He loved to celebrate any occasion with mirth and song. That included Christmas events at the Williams Inn. When that was discontinued he took the annual sing-along to the Eclipse Mill Gallery.

At any gathering he was the life of the party. I fondly recall him clowning around and sharing a life well lived with charming anecdotes. He had a manner of lightening up any occasion as surely he would this one. I imagine him saying “Did I ever tell you about…” His name might well have been Howie Levity.

There was another deeper side to him but revealed slowly through mutual trust. Astrid and I were struck by that during a recent evening with them. As a mutual friend put it “knowing Howie was like pealing an onion.”

We have fond memories of him at a series of “Boys Nights” I hosted. At one of these the good old boys shared procedures and symptoms. One of the boys boisterously touted the merits of medical marijuana. Typically, Howie made light of our shared sense of mortality.

It was always wonderful to swap stories with him. Cocking his head at a slant there was a sideways delivery. A bat in the dark, his tales came at us with laser intensity. Like all great comics he had impeccable timing. That bat beam bounced off a listener and reflected back in the expression on his face. There was a radar precision to how he could read and fed off our responses. That subtle interaction calibrated the expression on his face. He knew how to manage a one-on-one or work the room. Large or small, he always enjoyed an audience.

The piano man always had the perfect song, story, or joke for any occasion.

There was that disarming, innocent and charming smile. Now and then, like our recent evening, he lowered the gate and let us in.

In preparing this appreciation we gathered essential facts. He was born in the Bronx, New York, April 24, 1947, son of Albert and Rita (Schechter) Levitz and attended RCA Institutes. He and Dale met and graduated from Hofstra University in New York.

After graduation, he worked for a major photographic concern in Manhattan and the Museum of Modern Art before coming to Williams College as head of the new photographic department. He also taught photography classes at the college, and was responsible for photographing a major catalog for the Clark Art Institute.  After eight years at Williams, in 1977, Howie and Dale opened TGL Photoworks, in Williamstown. It moved to Holden Street in North Adams 12 years ago.

For fun The Piano Man performed at weddings for community theatre and the lounge of the Williams Inn. With a fake book he seemed to know a massive number of songs. When entertaining at senior centers he delighted audiences by taking requests for golden oldies. He referred to seniors as “my old people” while never quite acknowledging that he was becoming one of them.

For a number of years the photo shop in Williamstown thrived and had employees. It sold cameras, film and did processing. That changed when photography morphed from analog to digital. It entailed downsizing to Holden Street. He became adept at Photoshop and forms of digital printing. Several times I went to him for archival framing and scanning. His technical command of the medium was formidable.

Levitz is survived by his wife of 50 years, Dale, their daughter, Shari, cousins, nieces, nephews, an extended family and lifelong friends.

Funeral arrangements have been made on Long Island, New York, and a memorial celebration of his life is planned for the Berkshires in June.