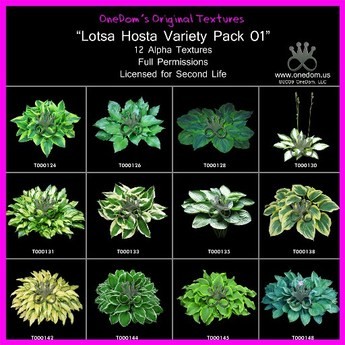 There are many varieties of hostas. 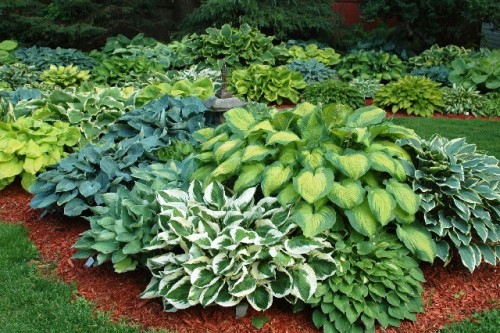 This is what I am working toward. 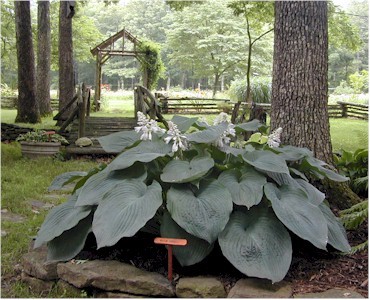 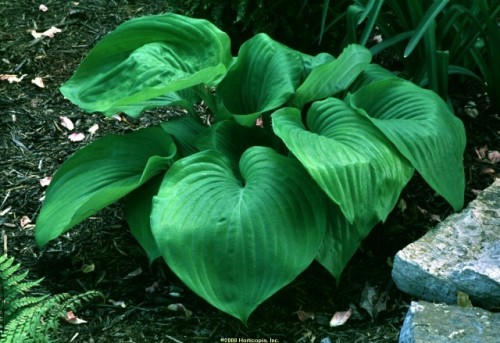 This summer I have planted sum and substance which will be huge one day. 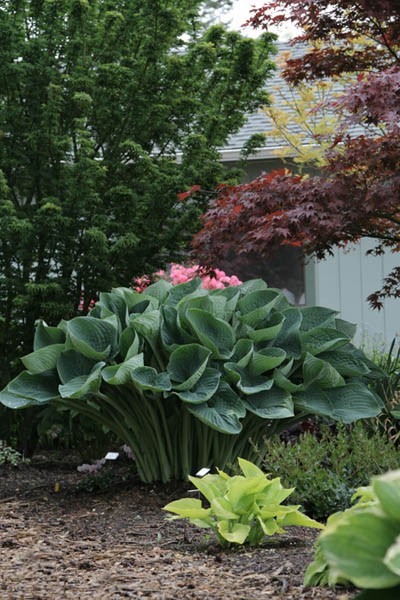 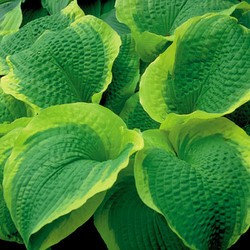 Sunshine glory says it all.

Last summer we had great herbs and more importantly a bumper crop of tomatoes.

I put a large pot of parsley on the deck and Astrid sprinkled it on our meals until the first frost.

Through all of July it was nada on tomatoes.

They didn’t even flower.

We thought it was something about the lack of bees.

Blame it on Monsanto's Roundup, Global Warming, or the Curse of the Bambino.

There are a million reasons for crop failures.

In the past I cheated and planted too early.

Here in the Berkshires that’s iffy.

I have yet to rotate my snow tires. You never know.

By the first of August when we usually get tomatoes still nothing.

A couple of weeks after that OMG.

The harvest was huge and I made lots of sauce.

Then we left for Europe and shared a wheel barrow full with friends.

We had such bad luck in the past that the tomato patch had run fallow.

Particularly after blight a couple of years back killed the vines.

That was so traumatic the soil and I needed a long rest.

It took a ton of work last year, with help, to clear and refertilize.

This time with weed netting which really helped.

With my friend David the beds are now fully planted.

This year we are starting asparagus beds which should be harvested three years from now. And horse radish. I got inspired by a friend who said it’s invasive.

Also I have an ongoing hosta project.

Each year I split the biggest ones when they first bud. The plan is to surround all the trees with hosta circles. They are the vinyl siding of gardening. I keep introducing new varieties for color and size.

Most folks plant all one kind which is so boring.

When mature the latest ones will be six feet wide.

I may not live long enough to see that.

But I have an ongoing problem with our lawn guy.

Particularly with the first mowing he is known to give them a haircut.

A couple of weeks later they are getting bigger with punk looking buzz cuts.

Sometimes the deer give a nibble.

My eventually plan is to split and plant so many hostas that they will all merge.

Then we won’t need the lawn guy.

I tell Astrid that we are putting a sign on the lawn offering hosta tours.

Either on weekends or “inquire within.”

Driving to Pittsfield last night I mentioned that there are a thousand different hostas.

But I reminded her of the many undiscovered ones in the Amazon jungle and remote Pacific atolls.

Back in the day there were only a couple of small, dark green, boring hostas.

Arriving in the loft from another back breaking day of gardening I told her that I had been “Taken hosta.”

She just looked at me with a blank stare.

Astrid is in charge of the flower beds and pots in front of the house. She nurses plants through the winter and fights diseases. Through diligence she has saved a rare tree which I bought as a small plant in 1971. Surviving the perils of another winter it thrives on the deck with its amazing, bonsai like gnarl of roots.

It’s hard work but I enjoy the labor with my artist friend David who grew up on a kibbutz. Over lunch we have philosophical discussions about theories which he has written as a play. We have incredibly deep conversations for a couple of dirt farmers.

We like getting our hands into the rich soil and the pleasure of making things grow.

I promise him a share of the harvest. Then there is a competition with our friend Robert another gentleman farmer from Pittsfield.

Being half Irish and Sicilian it’s in my peasant blood. My body is shaped by generations of farmers. I feel the ancestors when planting things.

It started with my Irish mother.

She loved to garden and for a time we had beautiful flowers along the steps in Annisquam. On the terrace she had color boxes with geraniums.

In the spring we always attended the flower show. It was glorious to see and smell everything in full bloom. There were spectacular installations like a waterfall. That just amazed me.

I wanted to have a huge garden with corn, gourds, lettuce, carrots, and radishes. With my meager allowance I bought all those seeds.

Mom wouldn’t let me dig up the lawn in the back yard.

Instead I could make my vegetable patch in the uncleared jungle out back.

I was then but a lad and labored mightily to carve out about six square feet surrounded by sumac trees and thick scrubby bushes.

Into that compact space with a few inches on each side I had a row each of all the different seeds. It was tough to stretch the hose that far for watering. There were also a lot of summer distractions like the beach, sailing, and horse back riding once a week in Rockport.

So the garden didn’t produce much other than radishes. The carrots got to be an inch or so and about the same for corn.

When my ancient Sicilian grandfather came for a rare visit I wanted him to see my garden.

Because he spoke little English we mostly had non verbal communications.

Nano was mysterious and fascinating.

He just looked not saying anything. Then he pulled out a pocket knife and got down on his knees.

Carefully he dug up my scrawny little lettuces and moved them.

“They need sun” he said.

It was the kind of lesson you never forget.