Ella Sings at Theater for the New City

Zooming Theater Can be a Pleasure 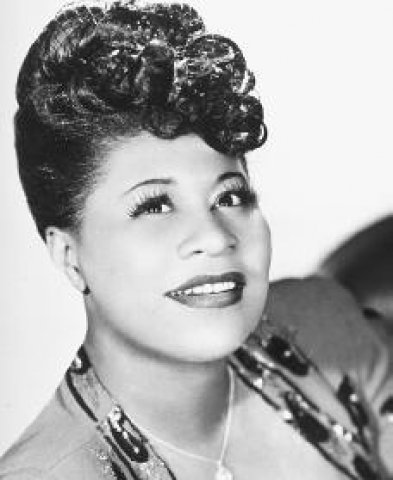 Ella, a play, streamed from Theater for the New City

The Theater for the New City, executive director Crystal Field presents a unique on-line production of Ella the Ungovernable by David McDonald, directed by Melania Levitsky.  Gracefully bridging the space between a full production and a reading, the actors bring the story to life. Stage directions are narrated by Philip Grant in a  resonant and expressive voice.

The audience is not looking at a stage, but rather at a Zoom “meeting”. Assembled actors from across the country have met to give us this story. Converging on the stage from New York, Chicago, Houston, and Memphis, the characters take their places on the screen

McDonald gives us a small slice of the long and rich life of Ella Fitzgerald (Alexis Ward). Ward's  moving singing voice supports her sensitive and emotive portrayal within the constrictions of this new media.

Ella's adolescence was burdened by the death of her mother (Ann Perry Wallace),  abuse by her step-father (Eddie Allen), and ultimately the gross neglect of an aunt (Kim Howard). Driven by necessity to fend for herself, at the age of fourteen she was caught up in a police raid in Harlem and placed in the New York Training School for Girls-- a juvenile correctional facility in Hudson NY.

The story emerges in flash-backs as Ella unveils her story to her lively and sympathetic cell mate, Alice (Kylie Anderson). Fearful of very hardened tough girls and bullies, they form a little mess-hall click with two other nice girls, Althea (Jasmine Jones), and Dorothy (Shalissa Lambus).

The girls live in fear of rape and violent assaults by the prison guards, as  screams  reach them in the night.  The institution's  teachers and officials, Superintendent Morse (Celia Schaefer), Choir Director Mr. Ellison (Larry Gregory),  Dr. J.L. Moreno (George Pappas), Dr.  M.E. Ross (Jiba Molei Anderson), seem either to turn a deaf ear or to be unaware of the extent of the abuse.

The play successfully conveys the atmosphere of an institution which offers both the promises of a successful future, and the reality of deadly assaults.  We come through these perils with the girls, and Ella's eventual release from the facility.  Ella's faith and determination to keep strong and believe in the future are an inspiration.  And we can applaud her success as she does, in fact. go on to perform at the first Amateur Night at the Apollo!

The production is available on YouTube. It is worth watching, and the actors are notable for the future.