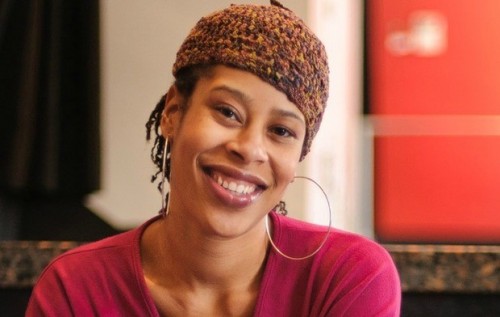 Brooks Ashmanskas, De'Adre Aziza, Reed Birney, Joey Slotnick, and Omar Metwally are among the actors who will take part in this Williamstown Theatre Festival summer’s productions.  Dominique Morisseau has been awarded WTF’s 2013 L. Arnold Weissberger Award for Playwriting for her play Paradise Blue.  She  will receive a $10,000 grant and receive a reading as part of WTF’s FRIDAYS@3 series, as well as publication by Samuel French, Inc.

“The Fridays@3 series and the L. Arnold Weissberger Award are WTF's primary ways of bringing new voices to our audiences, and it's substantially how we engage in and support new work,” Gersten said. “The reading series this year thrills me and I can't wait to share it with our supportive, engaged community.”

On the Main Stage, Joey Slotnick (The Big Knife; Twister; “Nip/Tuck”) joins the cast of Animal Crackers (playing June 26 – July 14, 2013) as ‘Groucho’, the same role he played to critical acclaim in The Goodman Theatre's 2009 production.  Other new additions to the cast include Joey Sorge (Nice Work if You Can Get It) and Brad Aldous as ‘Harpo’ (“Boardwalk Empire”), joining previously announced cast members Jonathan Brody, Adam Chanler-Berat, Mara Davi, Renée Elise Goldsberry, Ellen Harvey, and Jacob Ming-Trent, all making their WTF debuts.

Dominique Morisseau's Paradise Blue is the recipient of the 2013 L. Arnold Weissberger Award for Playwriting. Morisseau’s other plays include Detroit ’67, Sunset Baby, and Follow Me To Nellie’s. Morisseau, the 2012 PoNY (Playwrights of New York) Fellow, is an alumna of the Public Theater Emerging Writer’s Group, the Women’s Project Playwrights Lab, and Lark Playwrights Workshop.

The Williamstown Theatre Festival administers the L. Arnold Weissberger Award for Playwriting on behalf of the Anna L. Weissberger Foundation. Championed for the Festival in 1998 by late Trustee Jay Harris, the award honors noted theatrical attorney and avid theatre supporter L. Arnold Weissberger who passed away in 1981, and is designed to recognize excellence in playwriting. The recipient is awarded a $10,000 grant, and the winning script receives a reading produced by Williamstown Theatre Festival, as part of the Fridays@3 reading series, as well as optional publication by Samuel French, Inc. Each year, invitations are sent out to theatres, agents, and playwriting programs across the country requesting script nominations. Finalists are then chosen by the Festival and read blindly by a select panel of industry judges. The 2012 panel of judges was composed of May Adrales, David Hyde Pierce, and Clint Ramos.

The Festival’s weekly reading series offers playwrights and audiences alike the chance to hear new works by America’s most exciting playwrights read by WTF company actors.  The experience is also beneficial to writers who can add the prestige of a reading at WTF to the work’s pedigree.  Plays selected for Fridays@3 are frequently under consideration for a future production on WTF’s Nikos Stage. Recent Fridays@3 playwrights include Christopher Durang, Nick Payne, Katori Hall, Angus MacLachlan, and Craig Wright. Fridays@3 is supported by the Dramatists Guild Fund.

This season’s Friday@3 Series schedule is as follows:

The Bay of Fundy by Sherry Kramer

In The Bay of Fundy, written by former Weissberger Award-winner Sherry Kramer, May eats dinner every night on the most valuable antique table in the world, but her husband wants to sell it. A troubled marriage, a mysterious malaise, and where is all that water coming from? How high will it have to get before someone does something about it? A play about American money and the American dream of a table big enough to feed the world.

Understanding Artichokes, written by WTF longtime actor/writer/director Maria Tucci and novelist and New York Times writer Mary Tannen, revolves around a character who never appears: Mischa Kaminsky, a deceased film director. Mischa’s only daughter and a famed American director pay a surprise visit to his former mistress at her apartment in Rome to try to track down a rumored lost masterpiece. Their memories and fantasies converge and diverge, propelling them toward new insights into themselves, each other and the enigmatic Mischa. The reading will feature Tony Award nominee Jessica Hecht, James Naughton, and Maria Tucci.

Winner of the 2013 L. Arnold Weissberger Award for Playwriting, Paradise Blue by Dominique Morisseau is set in 1949 in Detroit’s Blackbottom neighborhood, where an old jazz spot and rooming house known as Paradise Club stays alive thanks to its resident bebop band. Headed by troubled trumpeter Blue, the band and club struggle to survive the city’s plans for urban renewal. When a mysterious woman comes to Blackbottom with her own money and a walk that drives men crazy, she proposes a different kind of renewal that no one is prepared for. Not the city. Not the club. And certainly not Blue.

Cousin Bette, adapted from Honoré de Balzac’s novel by renowned playwright and screenwriter Jeffrey Hatcher, chronicles a poor woman’s attempt to destroy her extended family. A beautiful unhappy courtesan, a dashing Polish Count-cum-destitute artist, and a lecherous, debt-ridden paterfamilias with an angelic wife who's sought after by a perfume manufacturer are all caught in a ménage à dix (at least!).  Set in Paris in the mid-19th century, Hatcher’s sublime adaptation is a thrill-ride of violent jealously, lust, and revenge. Jeanie Hackett will direct and Jessica Hecht will play the title role.

Important Hats of the Twentieth Century by Nick Jones

In acclaimed Off-Broadway playwright and performer Nick Jones' Important Hats of the Twentieth Century, Sam Greevy is the toast of 1920s women’s apparel, until the maverick fashion designer Sam Roms springs his radical creations on the world. The Sweatshirt, The Track Suit, Skater Pants: the clothes he comes up seem like they're from another dimension, and maybe they are. Meanwhile, as Greevy tries to adapt to rapidly changing fashions, a teenage stoner in 1996 Albany keeps losing articles of clothing - a man keeps bursting out of his closet and taking them.

Fridays@3 asks a $5 suggested donation upon entrance. Reservations are strongly recommended and can be made by phone at 413-597-3400 or in person at the '62 Center for Theatre and Dance, 1000 Main St. (Route 2), Williamstown, MA 02167. Fridays@3 are presented every Friday in the Paresky Center on the Williams College Campus starting July 12 and continuing through August 16 at 3pm.

An additional Fridays@3 reading on Friday, July 26 will be announced at a later date.

Young people aged 8-14 and their families can enjoy a series of free afternoon workshops that explore the many artistic and technical components that make up the creative life of the Williamstown Theatre Festival. These fun, hands-on afternoons are curated by Story Pirates member and Jr. Explorer’s Club founder John Dixon and involve professional Festival artists supported by members of the talented WTF Apprentice Company.  Reservations are recommended for all workshops and can be made through the WTF Box Office starting June 4. WTF’s Family Friday Workshops are supported by the Harris Family Foundation

Following the afternoon workshops, families are encouraged you to enjoy a picnic on the theater lawn before attending an evening performance. For Friday evening Main Stage performances, families can get one FREE ticket for a child 18 or under with each full-price adult ticket purchased.

The schedule for Family Fridays is as follows:

Discover your own strengths and weaknesses in this action-packed afternoon, celebrating the different kinds of heroes that make up our wonderful world. We will develop power moves, form super squads, and work together to solve everyday problems... as well as very unusual challenges, which might require us to combine all of our powers!

With a nod to the WTF production of Animal Crackers, Family Fridays presents an all-ages comedy workshop, designed to help bring out your inner Marx Brother. Using slapstick, wordplay, and other elements of farce, participants will explore comedy in supremely silly style.

From fight choreography to creative sound design, the magic of theatre often depends on special effects. Together we will explore the elements of a stage production that you won’t see from the audience, but that bring the fantastical to life.

The Mystery of the Missing Mystery!

Participants will come up with a fun and interesting mystery that has happened in Williamstown. Then, using games and activities, we will work together to find clues, and solve the mystery!!

The Things They Carry: Exploring Props

During this workshop, we will explore the importance of objects in storytelling. When, and why, does the right object make all the difference? This will include a visit to the Williamstown Theater Festival properties room - a once in a lifetime experience!

To celebrate a full summer of Family Fridays, WTF musicians and choreographers will help the participants create and perform their very own Grand Finale! You will write the lyrics, help with the music, and develop the dance moves before performing the closing number and becoming part of the Festival's legendary history.

Beginning tomorrow, June 4th, tickets for all Williamstown Theatre Festival productions can be purchased online at wtfestival.org, by phone at 413-597-3400, or in person at the '62 Center for Theatre and Dance Box Office at 1000 Main St (Route 2), Williamstown, MA 02167.