Racism Sung Through a Century's Lens 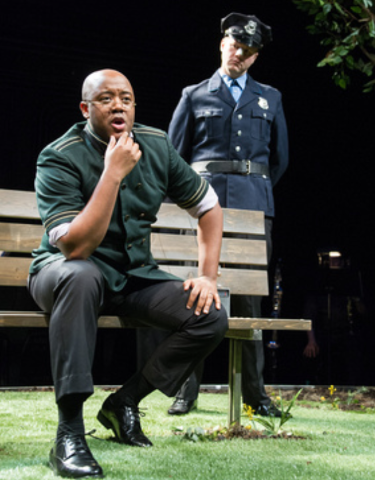 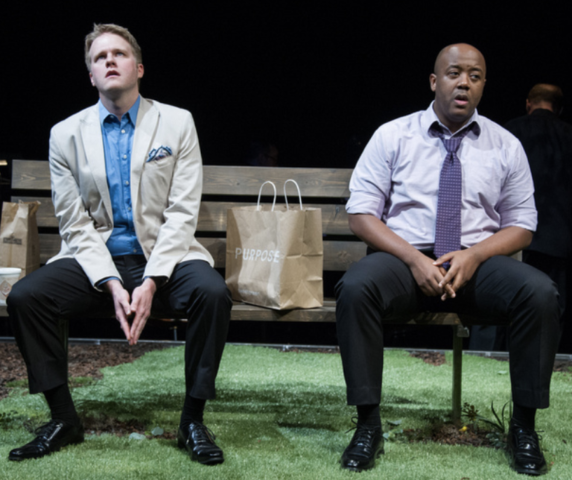 Two lifelong friends, both investment bankers, have different issues. Being black haunts one of them. 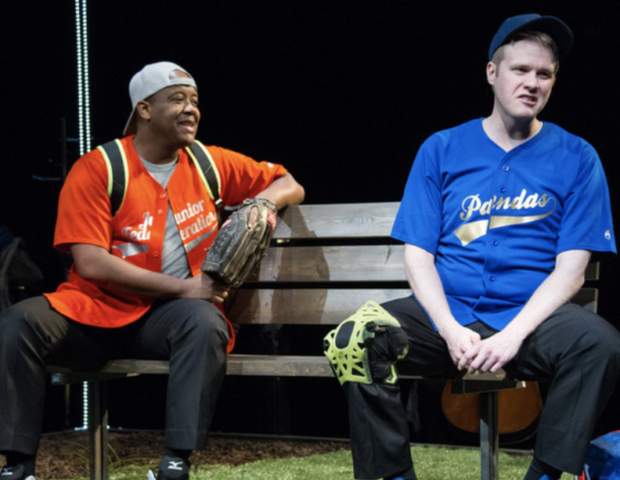 Now ten year old boys, waiting for their Dads to pick them up from Little League, they chat about the Major League double header about to be played. 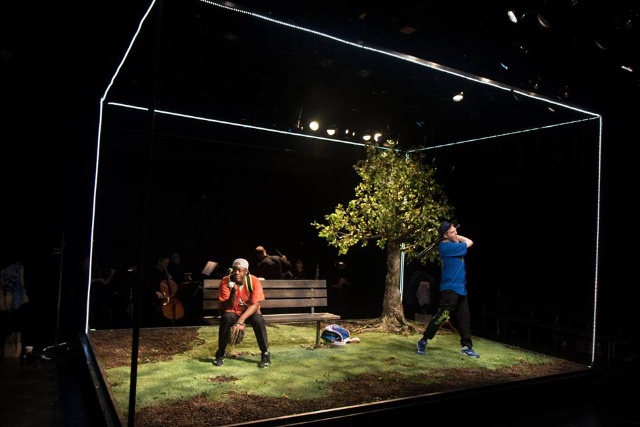 The set looks a bit like a batting case here. 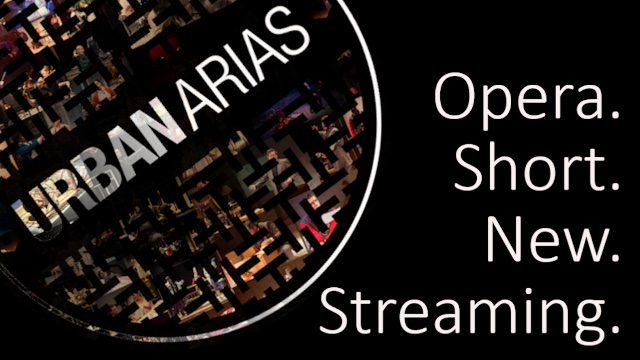 Independence Eve is a three-faceted jewel, set around a diamond in fact.  The centrality of baseball in men's relationships is well-known.  It can bind men.  It can edgily help strangers bridge their distance.  When played, it can help people forget race entirely.

Jorell Williams, a rich bass baritone who is also a highly-skilled actor, performs as a handyman promoted to porter in a tony Washington hotel. In the second scene, set in the present, he is an investment banker with the same pedigree as his best friend who is white.  Of course he is not seen as a graduate of an Ivy League college. Instead, we meet him furious that he has been treated simply as black. He is ready to sue the city for threatening him.  His friend tries to calm him down.

The third scene is a tour de force for both Williams and Brandon D. Snook, a moving tenor.  Both are now ten-year-old Little Leaguers. In a dystopian future, the polar ice caps have melted, the world government is in Geneva, and children do not go to school. At ten, they compete in a nation-wide exam whose results will dictate their life course.  Boys will be boys, and the upcoming afternoon Major League double header is on both their minds.

With minimal resources, the production team has put together a simple yet suggestive set. Created by Steven C. Kemp, each scene centers  on a park bench.  Lighting effects mood. Alberto Segarra also creates pauses, in which the performing artists become themselves.

Conducted by Robert Wood, the minimalist score colors the scenes.  Shaun Patrick Tubbs directs to both suggest change over time and our stagnation on racial issues.

Dialogue by Daniel Neer stays close to spoken music.  Words and thoughts are clear. Sidney Boquiren's orchestration sets the dialogue.  The urgency of the singers' music is conveyed by the orchestra.

UrbanArias is offering streaming of various past productions.  They can be found here.