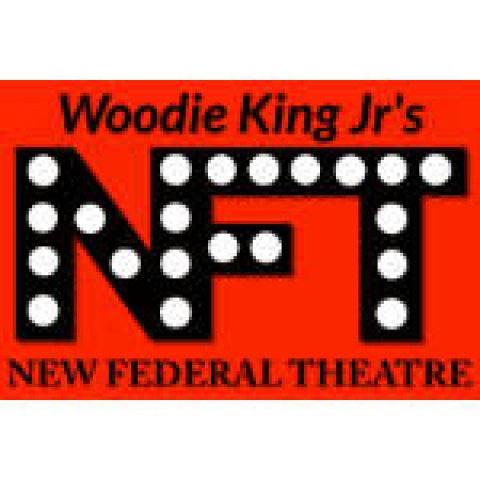 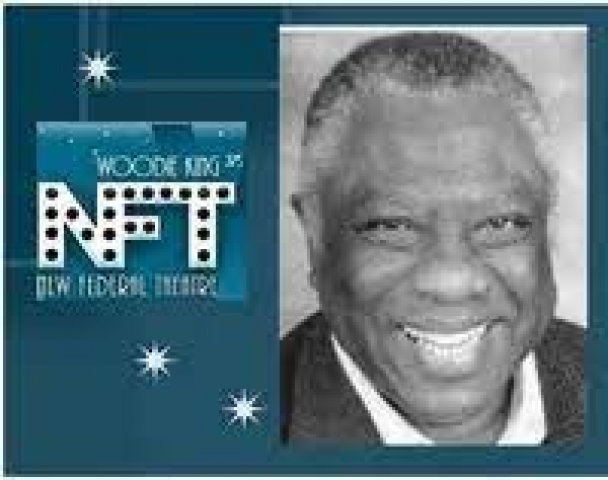 Woodie King begins a memoir on the Sound of Blackness

Woodie King Jr. is stepping down as Artistic Director of the New Federal Theatre, the company he founded in 1970. His original mission was to give voice to actors and writers of color, black, Hispanic and Asian, and to women. The mission  has been richly fulfilled. The list of artists to whom King gave a first chance includes every important performing artist of color and many women.

Inspired by the original Federal Theater which thrived from 1935 to 1939 with its own Negro unit supervised by John Houseman, Orson Welles and Hallie Flanagan, King set out to bring theater of  color to audiences of color.

King has focused on the issues of now. Recent productions have featured the lives of Zora Neale Hurston and Harriet Tubman. Freight, the five incarnations of Abel Greene, introduced J. Alphonse Nicholson.  Looking for Leroy, a theatrical portrait of Amiri Baraka, won six AUDELCO Awards in the 2019 season.

Actor and director Elizabeth Van Dyke takes over as artistic director. She has performed with the company for years. Like the original Federal Theater, Van Dyke has reached out, directing theater for regional audiences. She is well-positioned to honor New Federal’s traditions and to make her own mark, building on the past.

King remains on the board and will be available to consult, but after fifty years of ceaseless production and fund-raising, he is looking forward to having a latte when he gets up in the morning. When he feels like it, he is beginning  to write a memoir.

This will be an uncommon memoir. It will explore what King sees as the heart of black theater and its success. Black theater has its own special sound. What King has always tried to do is bring this sound to the stage, in playwright’s words and actors’ tones.

King has been a magical producer. Why his productions work has been left a mystery as we skip to the pleasures of the plays he produces.

Now King is delving into to his magical tricks. They turn out to be rooted in the sound of blackness. He chuckles. Making this case is a high mountain to climb, but he characteristically wants to reach high and try.

In the early stages of his  memoir, King discusses the brilliance of Lee Breuer’s The Gospel at Colonus. Setting the work in a church with a full gospel choir, Breuer is rooted in the black sound. Morgan Freeman is the original preacher who tells the story to the congregation. The gospel choir delivers full force. So too do The Blind Boys of Alabama. This is a satisfying black version of one of Western civilizations founding myths.

In addition to gospel music, which grew out of the pain and oppression of slavery, King looks to playwright August Wilson’s approach to the stage. Listening to blues and gospel, Wilson realized he could tell the stories of his people in a language that was unique to them. In Ma Rainey, the blues style brings the band together. A recent Netflix version of the play featured Chaz Boseman, whose career was bolstered by King and who sat on the New Federal Theater board until his untimely death.

The blues made Wilson realize he could write his plays in a language he knew. (Often called the American Shakespeare, it is said Wilson never read Shakespeare.) Blacks have carried music with them, from the South and from their African roots. Wilson uses this music as a bridge from the past to the present.

Fences was inspired by Sam Cooke’s song, “Jesus be a fence around me.”  We can hear the song in the rhythms of the language in the play, and in the texture of its sounds.

King hears the black sound in the works of Lin-Manuel Miranda and Amiri Baraka. Its base is in the blues and gospel translated in words.

As arts organizations reach out to people of color and women to make up for denying them rightful roles for centuries, it is well to heed King’s insights. Can the former black female dean of Harvard Law School really address the diversity issues at the Metropolitan Opera? Try as we might, the cadences of a law brief are seldom compel. (Note: Lawyer Thurgood Marshall and poet Langston Hughes were both educated at Lincoln University, founded to educate runaway and freed slaves in the early 19th century. This does not make. Marshall a poet.)

Broadway delivers thumping and stamping to satisfy white audiences. King is not interested in these gestures. Often in the songs of Nolan Strong and the early Temptations, King finds a unique ability to tell a heightened story in three minutes. King  speculates that the accumulation of these moments makes great theater. In shaping Howard L. Croft’s Freight, five stages of modern black life are seen and heard: minstrel, cult leader, FBI informer, struggling actor and failed mortgage broker. A black man is caught between the American Dream and the American Nightmare. King’s magic is no trick. Rather it is an expression of the black sound.

King may have retired, but he is moving on, and moving to new heights as he begins to describe black sound and its impact on black theater for audiences of all colors. Alvin Ailey, King muses, has achieved this in dance. King’s insights will guide the success of future black theater as he has in the past. He may get up later in the morning, and drink more lattes, but he is still very much with us and a treasure.

Next up at Woodie King Jr.'s New Federal Theatre, the Ntosake Shange's Reading series, June 8, 15 and 22.