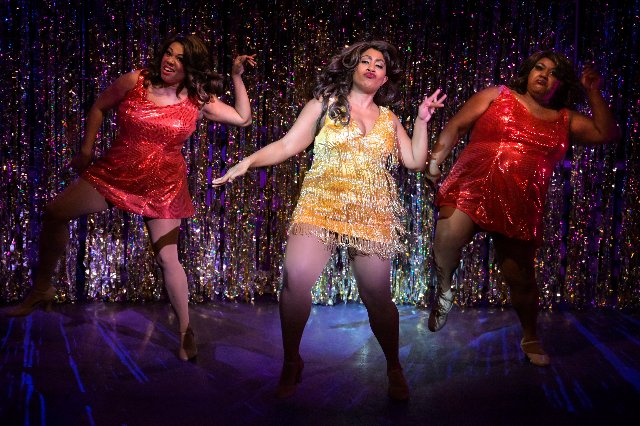 In an implicit nod to the growing marijuana and hallucinogenic drug culture of the decade, David Crosby famously said that if you can remember the ‘60s, you weren’t there.  Fortunately, for most of us who lived through it, that is a canard.  Half a century later, memories from that era are distinct and intense.  It was a time of social and political upheaval, in which music played a profound role.  And for the first time in history, most music of the day was targeted at, purchased by, and performed by youth.

Our religion was Top 40 radio, 24/7.  Before contemporary music was pushed more into silos, we called our music rock-and-roll, but not in a narrow sense.  It included associated youth culture idioms like rhythm-and-blues, doo wop, girl groups, crossover country, and pop, as well as older genres such as show tunes, instrumentals, and blues.  And in this new and changing environment emerged new styles of female singers.  In days past, women had fronted Big Bands and sung solo pop music, but singers and songs were largely prim and proper.  This new wave was largely driven by strong women and by music with earthy themes that were alien to previous decades.

“Beehive: the ‘60s Musical” honors that decade and the women who made their music a big part of the shifting scene.  Center REPertory presents this musical revue with high energy and a joyful spirit.

From the terrific acapella medley that opens the show, it is clear that the cast of six young women are all talented vocalists.  What surprises is that those same voices that create ethereal harmony in some of the ensemble numbers can also wail and belt it out in solos that call for a diva’s intensity.  They also display the choreographed movement and dance of the time, all the while looking the part, especially clad in the go-go dancer costumes with the white latex boots.  Oh, and they’re well-backed by an all-female rock band.

The early part of the show is about the early and mid-‘60s.  Rock era girl groups dominated and were largely Black and largely teenagers who were high school friends.  The genre had gathered steam in the late ‘50s.  In 1960, a breakthrough came with the first girl group number one Billboard hit, the Shirelles “Will You Love Me Tomorrow.”  As with all of the material, the cast does a great job of providing a version that is both reminiscent and in their own style.  They also swing and sway and shake and shuffle through “Be My Baby,” “Sweet Talkin’ Guy,” “Walking in the Rain,” and more.  With well over two dozen songs, every audience member will have their own favorites.

To give a little context to the musical era, some commentary is provided about social and political movements in the decade – civil rights, women’s rights, and Viet Nam.  In a departure from the music formula, recognizing the assassination of President John F. Kennedy, the girls sing a poignant version of “Abraham, Martin, and John.”

The latter part of the show covers the latter part of the decade and even cheats into the ‘70s.  It focuses on the electrifying female performers of the era – Aretha Franklin, Janis Joplin, and Grace Slick.  But the most rousing performance is a rendition of “Proud Mary,” replete with fringe dress and the trademark stomp and shimmy of Tina Turner.

“Beehive: the ‘60s Musical” is thorough entertainment, with no higher order aspirations.  Director and Choreographer Dawn Monique Williams has effectively guided this production to its objective, and the performers (Monique Hafen Adams, Ashley Cowl, Arielle Crosby, Elizbeth Curtis, Constance Jewell Lopez, and Erica Richardson) hold up their part of the bargain.

Not within the control of CenterREP, the script could benefit from a little more elaboration on the social scene of the ‘60s and more identification and discussion of the artists associated with the songs.  Also, the song selection would benefit by replacing add-on numbers like “Academy Award” and “The Beehive Dance” that temporarily deflate the energy of the nostalgia.

Despite these minor bumps in the road, those who are drawn to this material should find it a pleasant experience.

“Beehive: the ‘60s Musical” is created by Larry Gallagher, produced by Center REPertory, and plays at Lesher Center for the Arts, 1601 Civic Drive, Walnut Creek, CA through June 26, 2022.