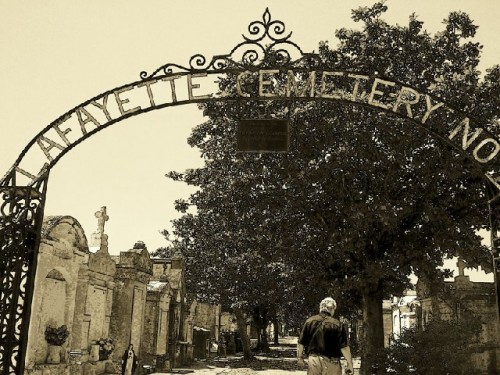 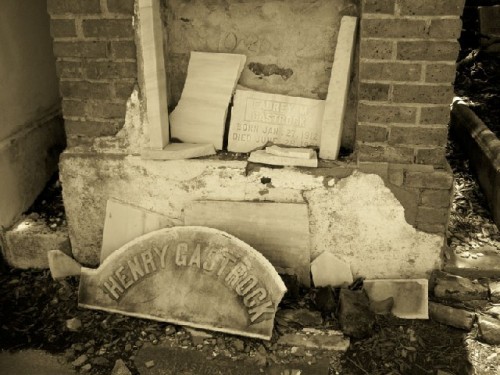 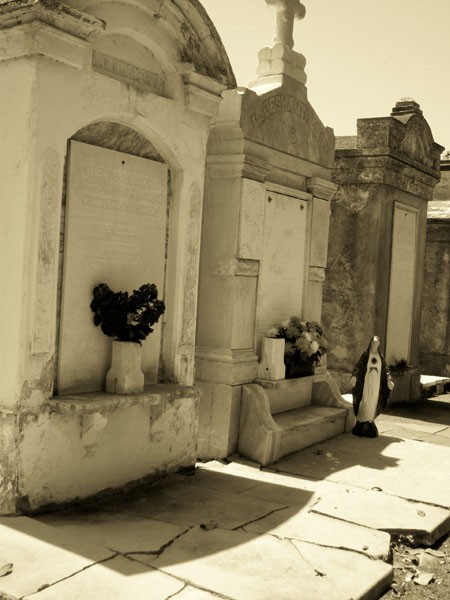 The presence of Mary in the cemetery. 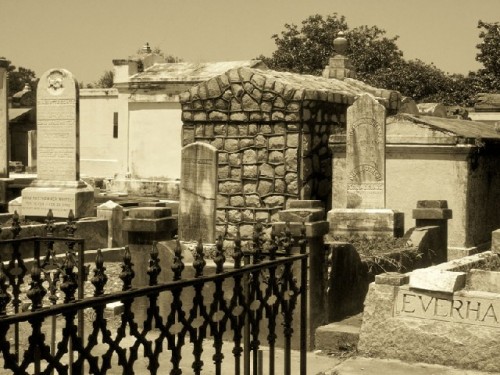 The monuments range from grand to modest. 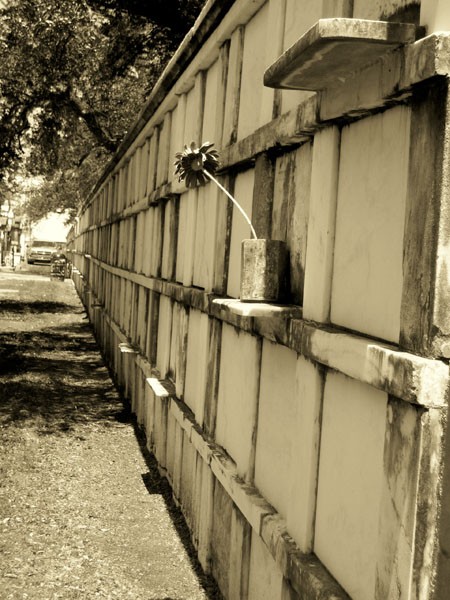 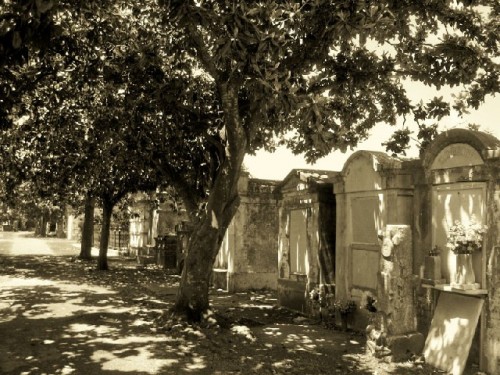 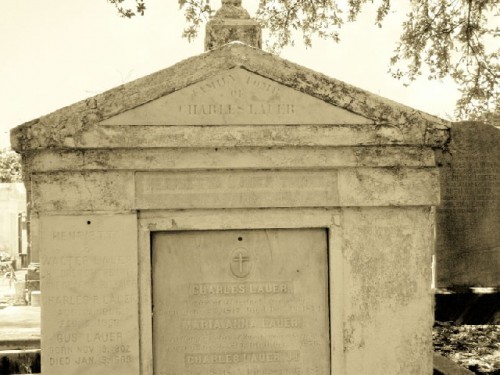 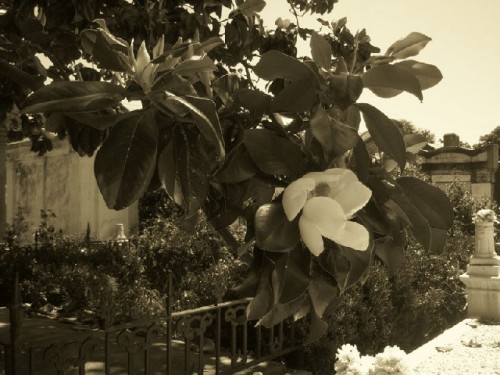 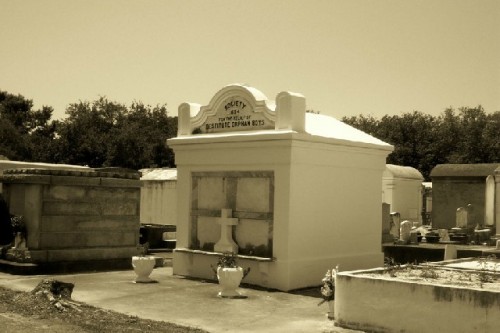 Society for the Relief of Destitute Orphan Boys. 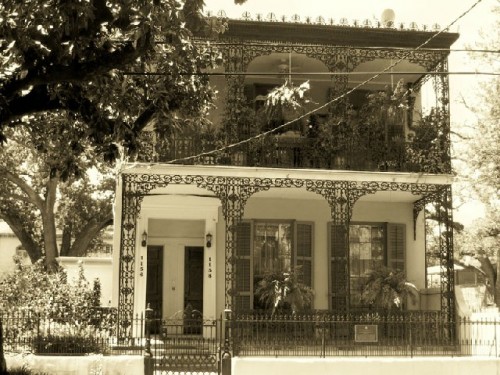 A home in the Garden District near Lafayette Cemetery. 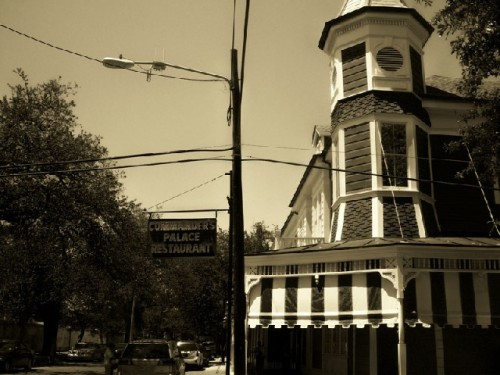 Commander’s Palace Restaurant across from the cemetery. 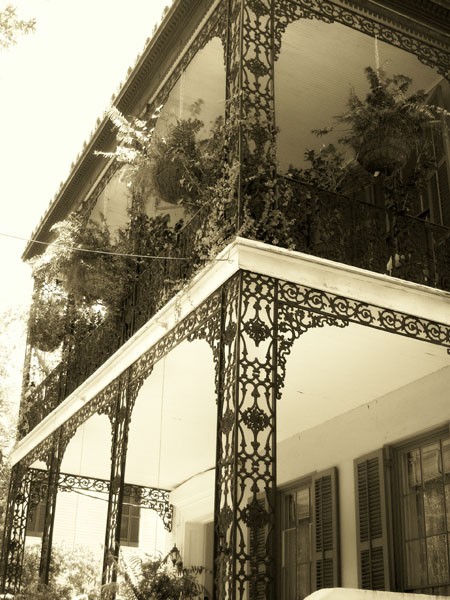 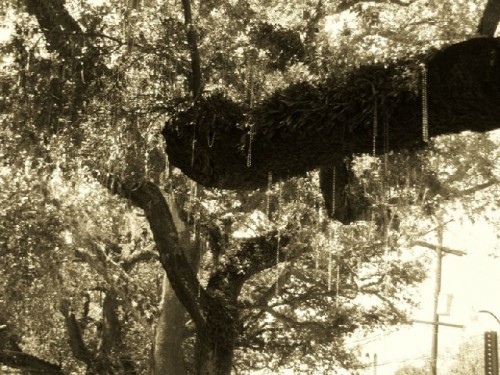 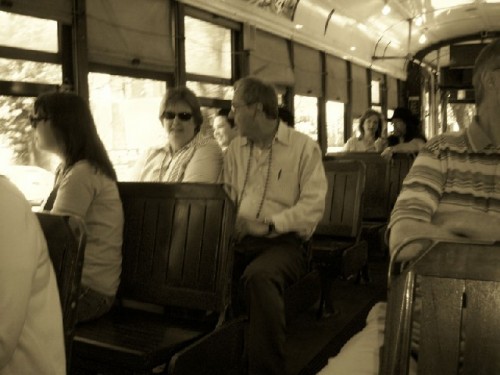 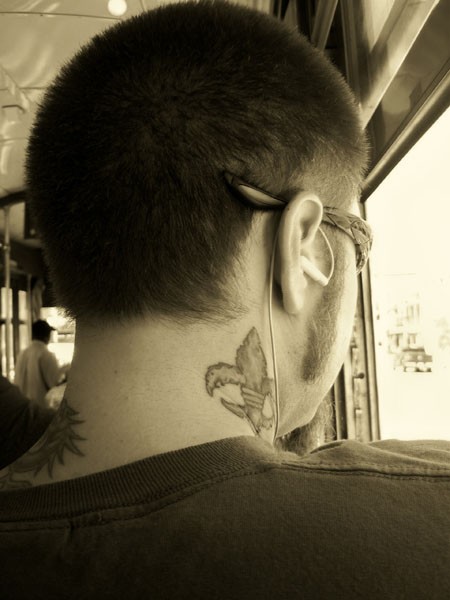 One day during our April visit to New Orleans we took the St. Charles Streetcar to see the Garden District.  We actually enjoyed the trolley ride so much, that we stayed on to the end, passing many neighborhoods, beautiful homes, and Lafayette and Tulane Universities.

On the return ride, we got off at Washington Street. There were actually Mardi Gras baubles hanging in the trees !  We walked along Charles Street, loved the beautiful gardens and houses, and, alas, came to a long wall, where grave stones were peeking over the top.  We came upon Lafayette Cemetery by accident, but since we like poking around old cemeteries, we found the Charles Street entrance.

We learned that Lafayette Cemetery (1833) is on the Register of Historical Places (since 1972) and it is the most important cemetery in New Orleans.  All graves are above ground. After "Katrina " no explanation is necessary.  After the hurricane the cemetery was closed  for a year.

Many families had vaults, where generations were buried and one can also find names inscribed on plaques along the inside of the long walls.  I became interested in several German sounding family names. The website of the Lafayette Cemetery Research Project provides a host of information.

Waves of immigrants came to New Orleans and to the city of Lafayette during the 19th Century: Germans, Irish, and Americans from the North; later, Italians, English, Scottish, Dutch and Scandinavians. The cemetery was always non-segregated and non-denominational and so a few families of African descent as well as Americans, who died during the Civil war, from both sides, are buried here. The cemetery proved to be a photographer's delight.

Back to Travel Section Home