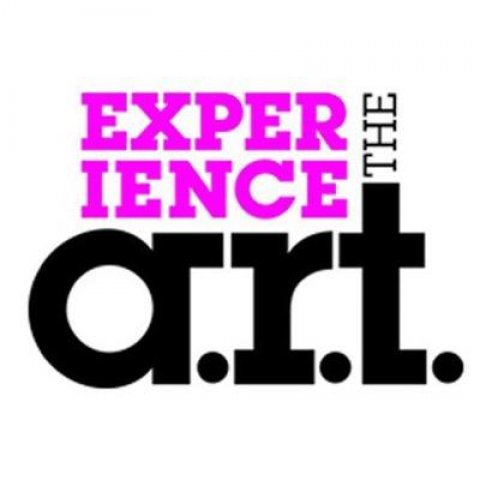 Cambridge, MA—American Repertory Theater (A.R.T.) at Harvard University, under the leadership of Terrie and Bradley Bloom Artistic Director Diane Paulus and Executive Producer Diane Borger, celebrates the return of live, in-person theater with a free outdoor experience for all at the Arnold Arboretum of Harvard University beginning in August 2021; dance, music, and theater events at the reopened Loeb Drama Center in Harvard Square, Cambridge beginning September; and the return of A.R.T. productions on Broadway and beyond this fall.

The theater will continue to offer digital programming and live-streams for audiences to enjoy from anywhere in the world. Additional information about A.R.T.’s OBERON programming, pop-up performances, and learning and engagement opportunities will be announced at a later date.

“It has been a long time since we were all together in a theater, and we need this now more than ever—artists and audiences alike,” says Terrie and Bradley Bloom Artistic Director Diane Paulus. “We have spent the last year in deep learning and reflection at the A.R.T., and we are excited to share our 2021/22 programming, which welcomes audiences back in person and reflects our core values, from centering anti-racism to embracing regenerative practice that promotes the health of our planet, our organization, and each other.”

A.R.T. continues its collaboration with the Healthy Buildings Program at the Harvard T.H. Chan School of Public Health on the Roadmap for Recovery and Resilience for Theater, following its guiding principles to prioritize the health and safety of audiences, artists, and staff. Protocols for in-person attendance based on disease dynamics and state and local guidelines will be announced at a later date.

A celebration of nature and resilience—free and outdoors!

Produced in collaboration with the Arnold Arboretum of Harvard University

“The Arnold Arboretum was created to be a place where America’s democratic ideals could become manifest, where all members of society could intermingle and enjoy the profound lessons and graces of the natural world.” - William (Ned) Friedman, Director of the Arnold Arboretum

Visitors are invited to experience the natural beauty of the Arnold Arboretum on an outdoor, self-guided journey that centers resilience, healing, wellness, and joy. Created by a team of artists that includes playwright Kirsten Greenidge, musician Tim Hall, choreographer Jill Johnson, and director Summer L. Williams, this collaboration between the A.R.T. and the Arboretum features audio plays written and performed by artists from Greater Boston and beyond, movement experiences, as well as pop-up music and dance performances, all set against the 281-acre backdrop of one of the jewels of Boston’s Emerald Necklace.

Virtual Event - Behind the Scenes: The Arboretum Experience to be held Wednesday, June 24, 2021 at 7:30PM. Hear firsthand from the creative team and Director of the Arnold Arboretum William (Ned) Friedman about the project.

Tap Dance. Music. And the Joy of Connection.

“Astonishing! Casel’s joyful and generous spirit is as vivid as ever.” - NY Times Critic’s Pick

Created and performed by Whitney White

A dazzling theatrical event created and performed by Obie Award-winning artist Whitney White with a live band, Macbeth In Stride examines what it means to be an ambitious Black woman through the lens of one of Shakespeare’s most iconic characters. The first of White’s five-part series commissioned by A.R.T. excavating Shakespeare’s women, the production uses pop, rock, gospel, and R&B to trace the fatalistic arc of Lady Macbeth while lifting up contemporary Black female power, femininity, and desire. Directors Tyler Dobrowsky and Taibi Magar (We Live in Cairo) co-stage this groundbreaking world premiere.

Rebirth and celebration from Silkroad Ensemble

“One of the most visionary arts initiatives of our time.” - WNPR

Silkroad Ensemble debuts Phoenix Rising, a musical rebirth and celebration featuring more than 25 Silkroad artists alongside Artistic Director and Grammy Award-winning musician and vocalist Rhiannon Giddens. Silkroad offers Phoenix Rising as a collective grieving song and a clarion call, uniting audiences through varied cultural experiences to create a more peaceful and just world as we emerge from a long and stunning upheaval.

As a performer, composer, and cross-cultural connector, Rhiannon Giddens has pursued a lifelong mission to shine light on previously under-recognized voices, genres, and musical traditions. Her performance with the Silkroad Ensemble in Phoenix Rising will be her first since beginning her tenure as Artistic Director of the organization, which was founded by cellist and humanitarian Yo-Yo Ma in 1998.

A new musical fable about the magic of loving the earth

With contributions by Idina Menzel

“I want you to act as if the house was on fire. Because it is.” - Greta Thunberg

WILD is a new musical fable about a single mother struggling to hold on to her family farm and connect with her teenage daughter, whose determination to save the planet endows her and her friends with powers they never knew they had. Created by Tony and Obie Award-winning playwright V (formerly Eve Ensler, O.P.C., In the Body of the World, The Vagina Monologues), Grammy and Golden Globe-nominated songwriter Justin Tranter (Selena Gomez, Justin Bieber, Ariana Grande, Imagine Dragons) and songwriter Caroline Pennell (Demi Lovato, Selena Gomez) and directed by Diane Paulus, this concert presentation features Tony Award-winning performer and songwriter Idina Menzel (Rent, Wicked, Frozen) as a parent confronting what it means for her family and her community to survive in a world facing mass extinction.

For kids and their grownups—live on stage!

After its digital world premiere in 2020, the beloved Jack and the Beanstalk: A Musical Adventure comes to life onstage! Join Jack on an epic journey up the beanstalk to magical Storyland, where Jack meets the tyrannical King Giant, two Rockstar Mice, the Itsy Bitsy Spider, the Fiddler Cat, and the Grand Storyteller. The vivid imaginations of Harvard undergraduates Julia Riew and Ian Chan (Thumbelina: A Little Musical) transform the classic fairy tale into a contemporary celebration of the power of kindness, courage, determination, and creativity to overcome life’s obstacles.

Inside the Senate chamber of a global governing body, Mr. Majority introduces an “End of Ocean Bill” designed to shrink Earth’s oceans into a more manageable (and marketable) collection of inland seas. When the floor is opened for debate, the Ocean arrives to speak in its own defense...and so begins an epic Human-Ocean showdown. A world-premiere, genre-crashing music theater experience created by the Obie Award-winning company PearlDamour and featuring Obie Award-winning performer Jennifer Kidwell playing both Mr. Majority and the Ocean, Ocean Filibuster fuses myth, song, video, stand-up, and science to explore the vast depths crucial to our daily survival.

Known for award-winning site-specific works both intimate and large-scale, PearlDamour is the recipient of the 2011 Lee Reynolds Theater Award given to women theater artists who effect social change.

Music and Lyrics by Sherman Edwards

Based on a Concept by Sherman Edwards

A co-production with Roundabout Theatre Company

They knew they would make history, but not what history would make of them. Fed up with living under the tyranny of British rule, John Adams attempts to persuade his fellow members of the Continental Congress to vote in favor of American Independence and sign the Declaration. But how much is he willing to compromise in the pursuit of freedom? And who does that freedom belong to? Jeffrey L. Page and A.R.T. Artistic Director Diane Paulus direct a new production of the Tony Award-winning musical, reexamining this pivotal moment in American history with a cast that reflects multiple representations of race, gender, and ethnicity.

Creating Equal: In spring 2021, the Creating Equal collective of artists, organizers, and facilitators are generating public art-making projects, arts-based workshops, connectivity events, and original artworks in conversation with the themes of the musical 1776 in order to foster civic engagement in Greater Boston. Upcoming events include:

Following its run at A.R.T. 1776 will play at Roundabout Theatre Company in fall 2022 and begin a national tour in February 2023.

A.R.T. will continue to offer digital programming for audiences to enjoy from anywhere in the world, including: