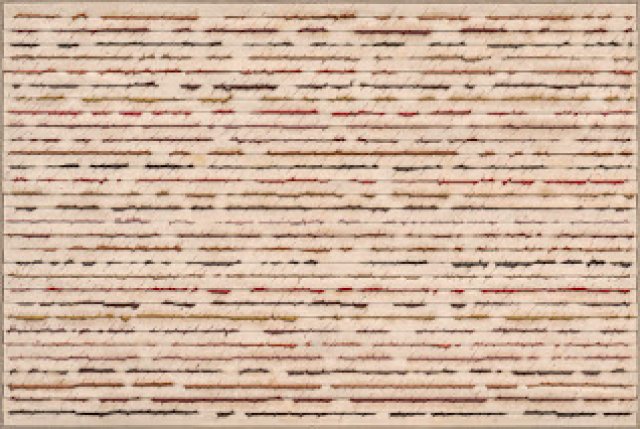 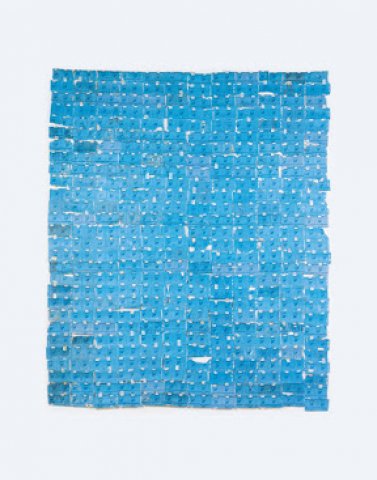 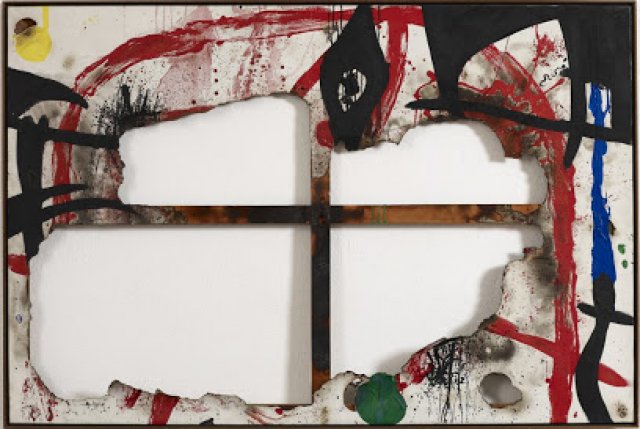 Almost a year after I wrote my essay in 2013 on Zombie Abstraction I got an email from Mark Stone at https://henrimag.com/ that I had received confirmation of my role in coining the term Zombie Formalism from “Art in America” critic Raphael Rubinstein in an article he wrote in that magazine on French postmodernist thinking and French abstraction:"Theory and Matter" My son who has a Phd in internet studies said getting that reference in hard copy was the Mt Rushmore of writing in the digital realm. Not long after that thumbs-up I attended a lecture by the artist Sharon Butler, at the Maine College of Art. She is the founder of the ezine “Two Coats of Paint” and the term “casualist painting” that competes with Rubinstein’s “provisionalist” painting that defined much of the painting in the “Forever Now” show at MoMA.

In the Q&A after the lecture Butler who had read, I suspect, my blogpost that written in response to John Yau’s article in Hyperallergic , introduced me as the coiner of Zombie Formalism. Walter Robinson of course for most people is the fountainhead of the ZF moniker even though he wrote of it several months later and Jerry Saltz placed him squarely in the  lineage (but no mention of my work), wrote an essay in the New York magazine that made it a current term of the art world.

For some reason I never read the whole article by Rubinstein. A recent article again by Yau in Hyperallergic this time on Korean abstraction and the concern of Ha Chong Yuan with support and surface in his painting  made me recall the article by Rubinstein where I was mentioned which draws a direct link from French postmodernist theorists such as Derrida, Lacan and other Maoist thinkers and a bevy of young artists in the 70’s who took their words  seriously enough to deconstruct the metaphysical structure of the flat surface. https://www.artnews.com/art-in-america/features/theory-and-matter-63030/ . There is no attempt by Yua to connect Ha Chong Yuan with this movement but I am sure it exists. And as he missed on the zombie label he seems to miss out on the history of support and surface. It would be fruitful in creating an east/west link.  Unlike the French artists who in the style of Hantai take apart the ground completely verging on sculpture Hua reconstructs his surfaces to emulate Rymanesque monochromism and in its reliance on thin parallel horizontal lines the work of Agnes Martin.

But these two American artists retain a painterly/visuality whereas Ha adds another dimension in the laborious way the pictures are constructed out of slats of wood through which a limited palette of paint is squeezed through from behind and then adumbrated with wire diagonally applied. In reproduction the work does look like Martin and Ryman, but once one understands the way they are built a whole new level of meaning is attained through a notion of materiality and labor. Schwabsky in Art Forum points out the title of Ha’s painting is called “Conjunctions” referring to paint and support merging. This emphasis of the painting acknowledging and giving primacy to support has to have come out of the French connection. Or maybe the France based Hungarian Hantai who influenced them.

What I missed in not reading thoroughly the Rubinstein piece is his discussion of the know-nothing attitude of zombie formalism. And Schjeldahl’s dismissal of the art that issued from French theoretics. American Art could stand on its own.  It has an innate swagger that I talk about here  Of course, it is well-known that none of the zombie formalists espouse that label or see it as definitive of their work. Rubinstein said that its freedom from theory maybe makes it susceptible to the kind of mercenary flipping that Robinson described in his essay. The joke about the stock market being just cans of sardines comes to mind: “These sardines are not for eating. They are for buying and selling” said a business friend of my father when I inquired years ago about a current stock market boom. The French artists build their art on the shoulders of Maoist and Marxist revolutionaries that want to change the world for the better. Zombies are neo-liberal merchants who I refer to as needing to reduce art to merchandise

I remember in High School staying at the Ritz Carlton at a room rented by this friend of my father who merchandized toothbrushes. There was a supermarket toothbrush display set up in the room. I vaguely recall the name of the salesman. Lev Nevinson or Nev Levinson. I learned later from my dad that the salesman ended up in prison for fraud or some other corrupt activity. In my mind he is conflated with Arthur Miller’s “Death of a Salesman”. Bleakly pushing goods around for a cut in the action. It was a side to my father that he did not want to dwell on but I do recall on several occasions where he talked about other business acquaintances who wondered about what it all meant. A story of a successful lawyer friend who would turn the lights out in his office and touch in the dark all the accoutrements of his trade including awards et alia.

My artist friend Addison Parks who had something of the priest about him would periodically find defects in my character once blamed my father for having some nefarious influence on me. At the time I dismissed his attempt to subject me to deep analysis as way off base especially in so far as my father created an image of himself that I accepted as a decent man who cared about the welfare of those around him. There must have been some fear on the part of Addison that my art was not all hunky dory and not just the child’s garden to play in that he described in the invitation of my first solo show at Crieger-Dane in Boston. What he must have sensed that scared him as it does many other people was a rather nihilistic notion that maybe the secret garden to play in is enshrouded in a kind of void. That the primal thrust is not to creating harmony but rather a raw Nietzschean will to power and its attendant destruction of what is.

I recently received a link to a blog post by the abovementioned Mark Stone about the late work of Miro. My gosh it is a grim exploration of the canvas as battleground. Gone is the playful child’s garden that so influenced Calder.   Had Calder who clearly saw child’s play in the work of Miro been aware of a nihilistic streak in his work? My attempt to create a good guy/bad guy dichotomy in my Calder/Warhol essay been misguided. Are they both bad guys? Had Calder’s playmate in the playground always been an enemy of painting. Schjeldahl quotes him from early on:

“I want to assassinate painting,” Joan Miró is reported to have said, in 1927. Four years later, the Catalan modern master elaborated, in an interview: “I intend to destroy, destroy everything that exists in painting. I have utter contempt for painting.” Peter Schjeldahl on Joan Miro

This grimness seems to be the other side of the Dada coin. Maybe the jump into the surreal has more to the do with an embrace of the void rather than the child’s garden.  Stone seems to see that this no longer as a critique of capitalism and commodification as Miro wishes to attempt but rather the status quo of art and the world.