The Puppetmaster of Lodz Opens June 21 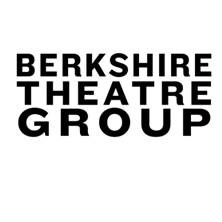 The cast will include Joby Earle as Finkelbaum, Lee Sellars as Popov/Spencer/Weissfeld/Weissman, Julia Gibson as the Concierge and Jesse Hinson as Schwartzkopf; with set design by Jason Simms, costume design by Antonia Ford-Roberts, lighting design by Japhy Weideman and sound design by Scott Killian.

Tickets to The Puppetmaster of Lodz are $45. Tickets to preview performances of The Puppetmaster of Lodz may be purchased at the discounted price of $35. Tickets may be purchased at either the Colonial Ticket Office or the Stockbridge Campus ticket office, which opens for the summer on May 25, 2012. Contact the Stockbridge Campus Ticket Office at 83 East Main Street, Stockbridge by calling 413-298-5576. Contact the Colonial Ticket Office at 111 South Street, Pittsfield by calling 413-997-4444. Ticket purchases can also be made online at www.berkshiretheatregroup.org. The Ticket Offices are open Monday-Friday 10am-5pm, Saturdays 10am-2pm or on any performance day from 10am until curtain. All plays, schedules, casting and prices are subject to change.

A Jewish man has escaped from one of the most notorious concentration camps in Germany only to be yet again imprisoned in an imaginary world. Herr Finkelbaum weaves a story of longing, while caring for his beloved puppets and clinging to a lost reality. Try as he might to create a world far from the tragedy of the camps—he and we are finally faced with the question: will this horrifying war ever end? The Puppetmaster of Lodz is a gripping story of memory and survival.

Joby Earle, who will be portraying the puppetmaster, was an original cast member of the New York production of War Horse, in which he helped bring to life Joey, the horse. Earle is a Yale School of Drama graduate and currently teaches at the Stella Adler Studio of Acting. Lee Sellars, who will be appearing as multiple roles, has been seen in the Broadway revivals of Talk Radio and West Side Story. Julia Gibson, who will be portraying Finkelbaum's protector, has over 20 years experience as a professional actor and has performed on Broadway and in major theatres in New York City. Jesse Hinson, who will be portraying Schwartzkopf, has appeared at Berkshire Theatre Group in Macbeth and Moonchildren.

When asked about the essence of the play, director Brian Roff stated, "I think we sometimes forget that once that awful and unimaginable war was over, so many of the survivors had to grapple with their full lives ahead of them. To oversimplify what the play is about: for the survivors, the war is over, but it will never be over. It's hard to imagine how anyone can reconstruct a normal life after having been in the camps. The Puppetmaster of Lodz is the story of Finkelbaum's attempt to do just that.”

In regards to the puppetry inherent in The Puppetmaster of Lodz, Roff commented, "many of the plays and works of theater that most stick with me have involved puppetry, often in unconventional ways… I'm lucky to have Emily DeCola, an amazing puppet designer and puppeteer here in New York making the puppets and working with us through rehearsals…When we first see an inanimate object as what it is – like the chair – and then we see it come alive, the whole time seeing how it's done, that's when I'm most amazed.”

Finally, Roff commented "In the end, even though this war will continue to haunt him – no one can escape its history – there clearly still is hope.” This harrowing story of survival and imagination will start Berkshire Theatre Group's summer theatre season off running.

For more information about the performance, please visit our website at www.BerkshireTheatreGroup.org