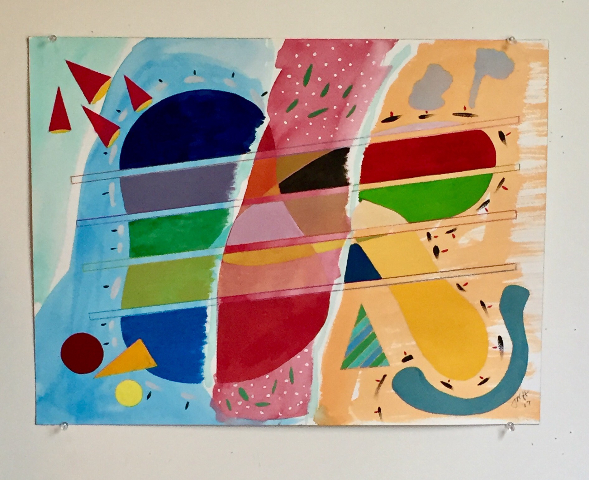 A series of recent gouache on Arches paper abstractions by Jane Hudson. Images courtesy of the artist. 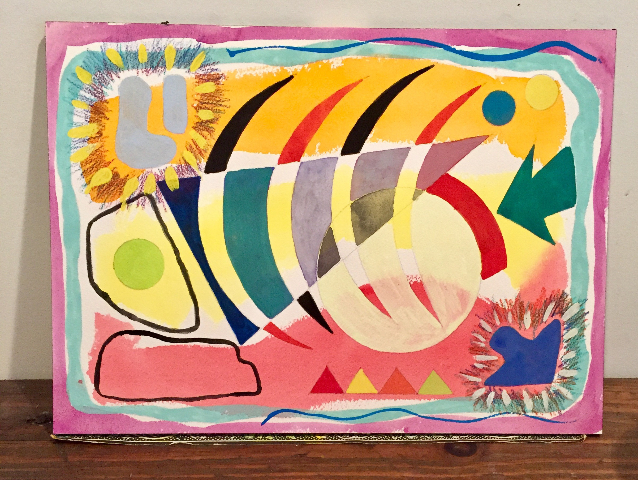 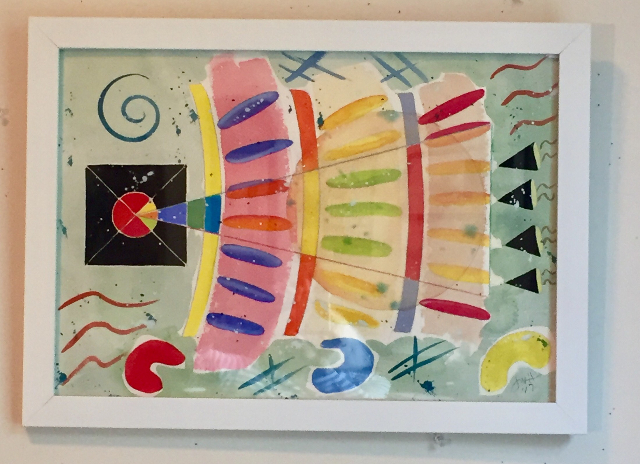 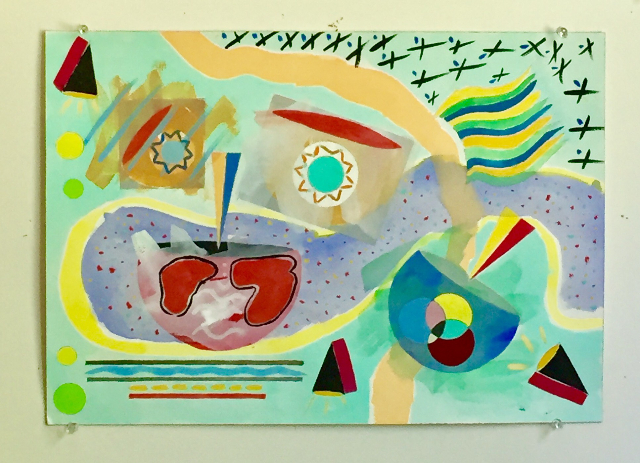 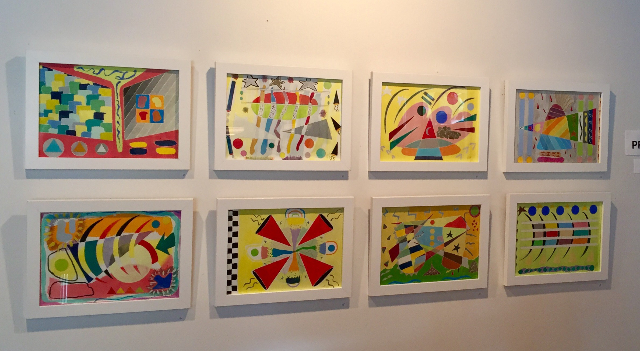 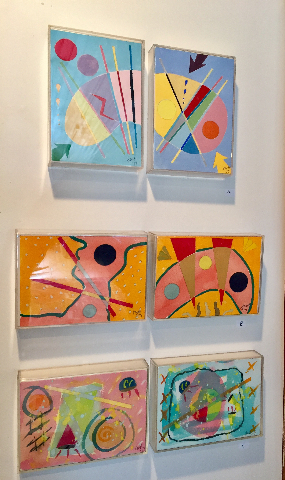 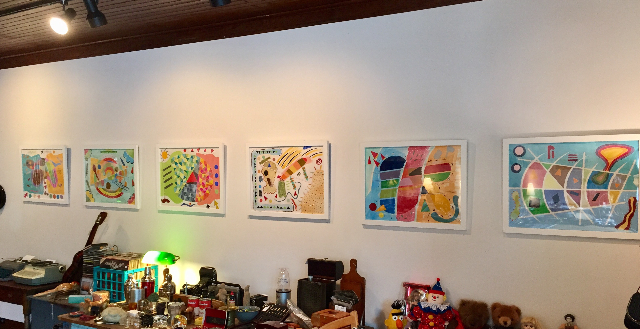 Most recently she has been creating a series of abstract works on paper. When we spoke she was preparing for an exhibition at Hudson Art in Williamstown.

When we met decades ago she was a poet and teacher of English at Lexington High School. I still have a hand-made, limited edition of her verse.

She reinvented herself as a conceptual artist, theorist and punk rocker.

The daughter of an actress mother and classical pianist she inherited an oedipal antipathy to these art forms. But in her DNA were the familial roots that informed her as a rock steady performer and bass player/ vocalist for a spate of bands starting with The Rentals.

That legendary punk group famously opened for the British group, The Clash, which launched their American tour at the Harvard Square Theatre.

With Jeff Hudson and their basset hound, Jelly, they moved to a loft in New York and plunged into the underground. From which they reemerged as teachers at the Museum School.

Early on they ran the alternative Atlantic Gallery by carving out a part of their loft. During a formative phase of the emerging new Boston art scene they were the first to show many now established artists.

They have again come full circle with Hudson Art a gallery at 112 Water Street in Williamstown.  Jane will show a new series of abstract works in gouache on paper from June 17 to August 12. The show will open with a reception Sunday, June 17 from 3:30 to 5:30 PM.

Since moving to the Berkshires several years ago they have been a visible presence. They operated Hudson's Antiques at various locations including North Adams, Williamstown, and MASS MoCA.

They have also performed memorably at MASS MoCA, Williams Inn and The Lodge during the annual Billstock, as Jeff and Jane, as well as solo artists. They continue to compose and record music.

During a recent conversation Jane expressed the pleasure of working with the demanding medium of gouache and exploring the paradigms of abstraction established by Kandinsky  and the modernists. Looking at the works evokes the Russian artist and his inventive patterning but with pop and zany colors.

It is typical of Jane to start with traditions and then run them through an internal ringer until they emerge as something fresh and deeply personal.

As Jane puts it.

As an artist I have worked in many media: poetry, performance, painting, video and music! Each iteration fills a particular need of mine to engage with materials and situations. At this stage of my life, I have time and space to return to the thoughtful process of painting.

I am following the directive of early modernism, it's color, radical form and the space of 'Thought  Forms', the extended vocabulary coined by Kandinsky. The palette is saturated and joyful, the forms are playful yet evocative. The discovery opens like a lotus!