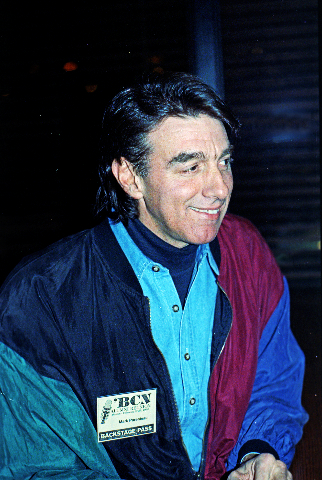 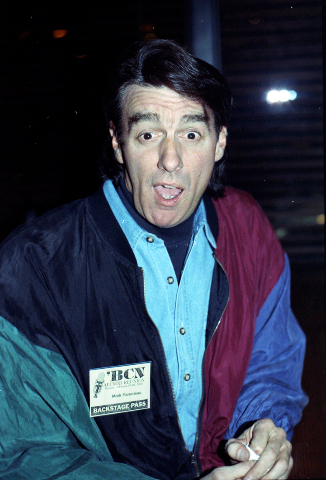 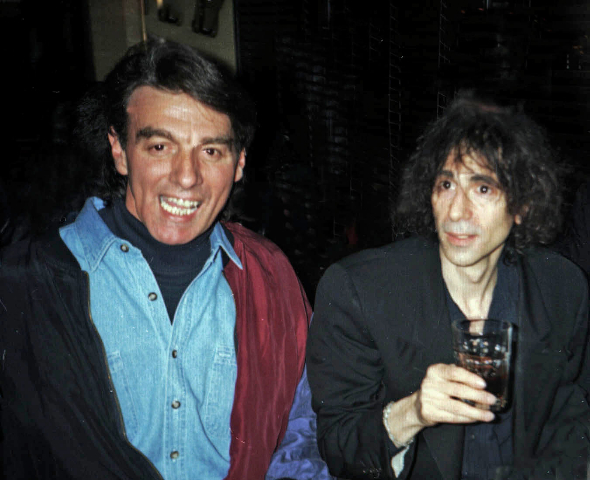 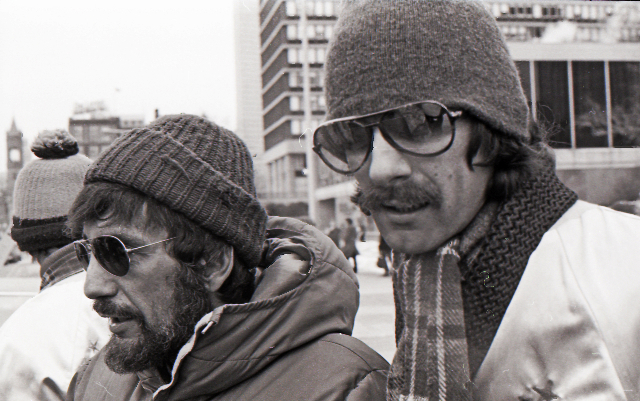 With Charles Laquidara on the picket line in 1979. 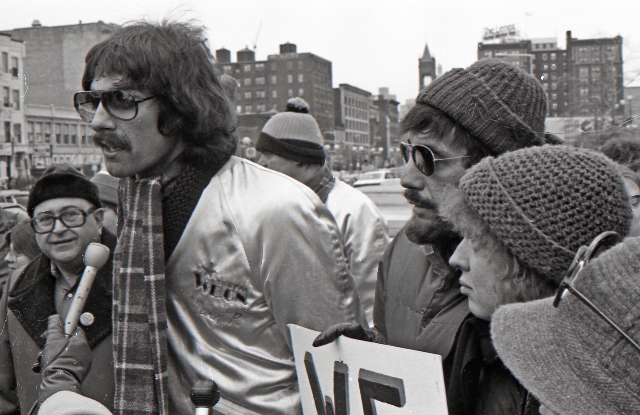 Talking with the media during the strike.

When FM station WBCN was the Rock of Boston, during what is considered to be a golden age, Mark Parenteau, for some two decades dominated demographics during the all important afternoon drive time.

On every level on air and off he was a larger than life presence. It contributed both to his phenomenal success as well as tragic demise.

Fighting long term illness he died on June 3, 2016 from complications following surgery at the age of 66.

A Worcester native, Parenteau began his career at 15 on WORC-AM in his hometown. He worked at WLLH in Lowell and WKNR and WABX in Detroit before returning home to Massachusetts, first landing at WCOZ before connecting with WBCN.

The first rock DJ for WBCN was Peter Wolf who left to focus full time as lead singer for the J Geils Band. Taking a page from the pioneering KSAN in San Francisco there was a shift away from formulaic Top 40 radio. DJ’s were set free from constricting play lists and broke hits selected from albums. Free form radio transformed the medium and brought FM to a level playing field with more commercial AM stations.

There were live concerts and studio sessions. The station played a seminal role in breaking local and national rock acts. The DJ’s were active in the rock community checking out emerging bands and hanging with major acts coming through town.

A pop up appearance during a ‘BCN broadcast was a regular occurrence.

The station was founded by FM pioneer T. Mitchell Hastings. A true eccentric he experimented with every possible format. With some reluctance the station morphed from a late night broadcast with Wolf to all day rock programming.

Ron Della Chiesa, a long term DJ at WGBH-FM and the voice of the BSO, got his start with the original WBCN. He told me that Hastings told him to play records from three bins marked “Fast, medium and slow that had been devised by the then program director.” There were always surprises when working for Hastings.

In what was initially viewed as a betrayal the station was sold in 1979 and some staff were fired. In solidarity the staff went on strike and eventually returned to work as usual.

Parenteau was prominent on the picket line as were such ‘BCN personalities as Charles Laquidara, Jim Parry, Carter Alan and program director Oedipus.

Later Parenteau departed for a station in Washington, D.C. There he was prosecuted for luring teens for sessions of booze, pot and sex. He served three years. It ended his career and brought him to years of demise.

As the golden age of Boston rock ebbed and flowed radio formats tightened and became more corporate. There was strong competition for ‘BCN’s demographics and its format while widely cloned lost its critical edge.

In 2009 when WBCN’s era ended Parenteau told the Phoenix “As FM stations popped up and became successful all across the country, 'BCN was one of the original hippie FM rock stations. There were just a handful of them. I remember going to an alt-media conference at Goddard College in the summer of '69. Rolling Stone was there, I think the Phoenix was there, and all the key newspapers and all the radio stations got together while college was out for this psychadelic love-in -slash- conference. It was like, How are we going to handle this new power? All of a sudden the record companies were making millions of dollars; they were changing from 45s to 33s; the concert business was about to take off in a huge way. It all turned into the power base that's now known as FM.

“It was great to be part of that ride. There's nothing like that nowadays. We could be political if we wanted; certainly Charles Laquidara was. In my case, I leaned toward making things funny. I championed all the comedy stuff. I had a comedy segment on my show that became the biggest ratings draw BCN had ever had. Everyone would get in their car at 5 pm and listen, because everyone--old or young, black or white, gay or straight--loves to laugh...”

Parenteau will be remembered as one of the most evocative and creative on air rock personalities when for appreciative audiences the music and alternative culture really mattered.