Huntington Theatre Company Gets A Reprieve

Theatre To Stay Put on Avenue of the Arts 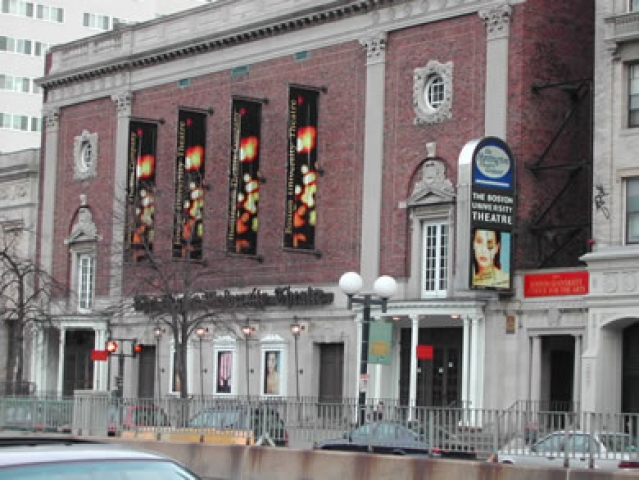 On Thursday afternoon, Mayor Walsh declared, “The Huntington Theatre Company is here to stay, on Huntington Avenue where it belongs. From the very beginning we have been committed to bringing the key players to the table in order to maintain the Huntington’s home on the Avenue of the Arts.”

In his speech, Mayor Walsh said, “The theatre’s legacy is rich and diverse, from its commitment to the works of famed African American playwright August Wilson, to its innovative partnership with Codman Academy Charter Public School. The Huntington is one of Boston’s great cultural treasures. I am thankful for the shared commitment of John Matteson and his team to our goals, and I look forward to the bright future of this theatre.”

Michael Maso said, “We are deeply grateful to Mayor Walsh and his administration for their essential role in helping find a solution which will allow the Huntington to not only continue to produce ambitious, large-scale works in a renovated and expanded Huntington Avenue theatre, but also to expand and enhance our services to audience members, young people, our neighborhood, and the theatre community of Boston.

Following Maso, John Matteson of QMG Huntington, LLC said, “We would like to thank Mayor Walsh, his staff and the BRA for their guidance through this process. We look forward to a long relationship with the Avenue of the Arts and the new Huntington.”

“The Fenway community is so appreciative of the Mayor and his team's accomplishment in keeping the Huntington Theatre Company on the Avenue of the Arts in the Fenway Cultural District," said Kelly Brilliant, Executive Director of the Fenway Alliance, Inc. “The Huntington is a backbone not only for a dedicated, engaged arts audience in Boston, but is also a tangible presence, and intellectual and emotional touchstone in our community — the Fenway.  On so many nights and afternoons, the theatre is a buzzing gathering place in the Fenway Cultural District.  A great neighbor who welcomes us all, lifts our spirits and challenges our minds with fresh ideas and diverse perspectives — all in the form of powerful art.”

“Having long-term control over our mainstage theatre on a year-round basis is a huge step for the Huntington,” said Artistic Director Peter DuBois. “It means that we can explore additional artistic programming and partnerships throughout the year, and ensures that the Huntington can nurture future generations of theatre artists and arts organizations.”

The Huntington is a local economic driver in the City of Boston, employing over 400 staff members and artists and generating more than $19 million annually in economic activity. Through its education programs, the Huntington provides programs for more than 33,000 youth and community members annually, many of them from Boston’s neighborhoods.

More details will emerge in the coming months as the design and review process of the development is finalized, and in order to succeed the Huntington will embark on a major new capital fundraising campaign.

The City of Boston is currently leading Boston Creates, Boston's cultural planning process, designed to create a long-term plan to prioritize, coordinate, and align public and private resources to strengthen cultural vitality in the City. Over the past year, the Boston Creates team undertook an extensive community engagement, holding three town halls, 118 community conversations, more than 80 focus groups and meetings, an online creative engagement participation survey and a crowd-sourced mapping of cultural assets. Using the data obtained through the process, the team worked closely with the Boston Creates Steering Committee and Leadership Council to develop a draft plan for public feedback. The final plan will be released this summer.

ABOUT THE HUNTINGTON THEATRE COMPANY

The Tony Award-winning Huntington Theatre Company is Boston’s leading professional theatre company and a cornerstone of Boston’s theatre community. The Huntington helps drive the local economy, enhances education for youth in Boston and across the Commonwealth, and helps build a vibrant, thriving community on the Avenue of the Arts and in the South End. The Huntington Theatre Company draws 200,000 audience members a year to its two venues – the BU Theatre on Huntington Avenue and the Calderwood Pavilion at the BCA in the South End. The Calderwood Pavilion at the BCA was Boston’s first new theatre complex since 1925, and in addition to serving as the Huntington’s home for new plays, it services as an artistic hub for dozens of smaller theatres, performing groups, and community organizations each year.