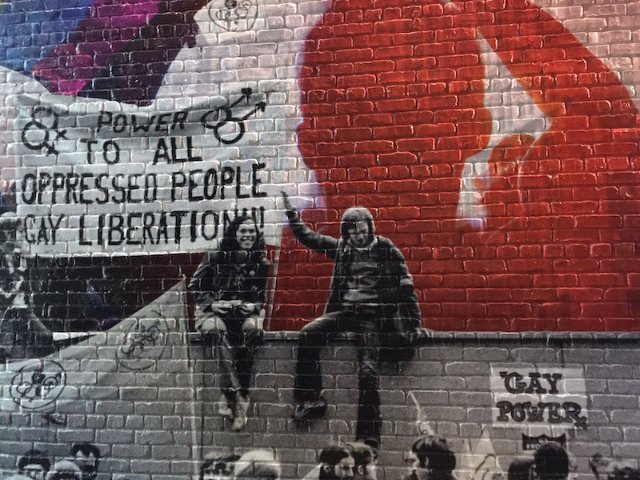 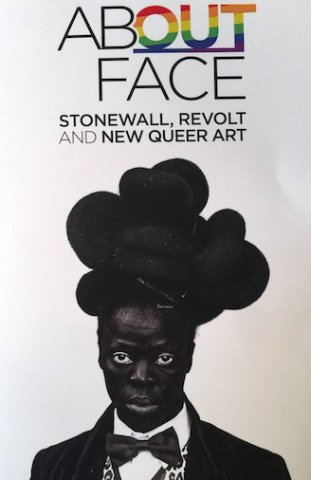 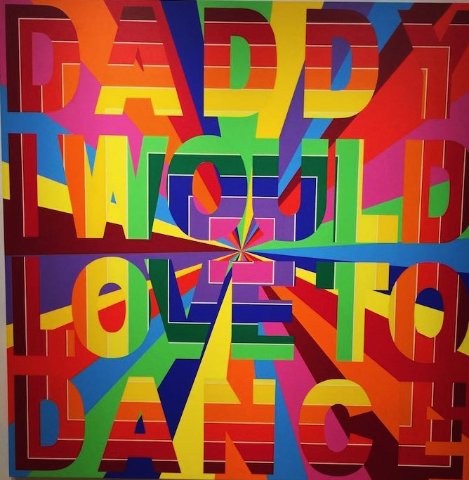 Deborah Kass courtesy of the artist. 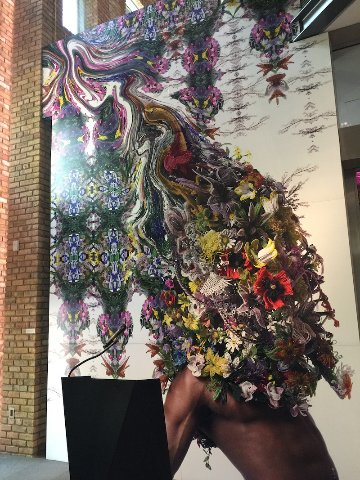 About Face: Stonewall, Revolt and New Queer Art commemorates the 50th anniversary of the Stonewall riots, a spontaneous rebellion by gay activists after a police raid on a gay bar in Greenwich Village. The new exhibit at Wrightwood 659 in Lincoln Park takes Stonewall as a stepping off point to show a broad survey of queer art and artists before and after Stonewall.

Curated by Jonathan David Katz, Ph.D., activist, art historian, writer and university professor, the exhibit features almost 500 works of art in every conceivable media by more than 40 artists from a dozen countries. The artists are trans, female, male and intersex, as well as of African, indigenous, Asian or Latinx descent. Together, Katz says, they form a collective queerness defined by “trans-ness” and metamorphosis. Katz pushes back at the idea that Stonewall was the beginning of something, that gay and straight are two divided communities. “This is an exhibition about our common humanity,” he says. “We can no longer speak about identity in singular terms—we are always many things at once.”

The exhibit is divided into four sections that move from political resistance to the transition beyond stable identity categories. The sections are Transgress (aggressively resist hierarchies), Transfigure reframing identity stereotypes), Transpose (the give and take between queer and non-queer), and Transcend (works that go beyond identity categories).

Katz led us on a gallery tour during the exhibit’s press preview last week. The first section gallery opens with five large-scale works by Canadian artist Attila Richard Lukacs, bold expressionistic and aggressively political. He’s an outstanding artist of his time, Katz says, and not exhibited in the U.S. Another surprise in this section is the photography by Harvey Milk, the assassinated San Francisco political activist. Katz described how he found the dramatic black-and-white images, featuring sculpted men in motion, at the San Francisco Library. They have rarely been shown before.

The range of styles, ideas and imagery in the About Face exhibit is almost too much to grasp in one visit or describe in one article. These are some highlights.

Arthur Tress is another of the many photographers whose work is shown here. Both Tress and Peter Hujar, whose work appears in the next section, focus on the male body, using dramatic black and white images, with strong light and shadow effects. (The work of celebrity artist Robert Mapplethorpe in the 1970s and ‘80s seems derivative of these earlier artists. Mapplethorpe is not included in this exhibit, Katz said, because of the effort to highlight unrecognized artists.)

The South African artist Zanele Muholi is featured with several powerful black-and-white works. The image “Phaphama, at Casselhaus, North Carolina,” is shown on the cover of the gallery’s program book and on publicity cards. Muholi’s project Faces and Places documents the presence of lesbian, gay, transgender and intersex individuals in South Africa.

Amos Badertscher, a Baltimore artist, is represented by images of street culture, city people typically undocumented—sex workers, drug addicts, queer and trans folks and hustlers. His detailed black-and-white images are printed with wide borders, which are covered with his handwritten notes about the occasion of the photo. His works create a narrative of Baltimore street life.

Alice O’Malley, who Katz called an East Village “court photographer,” uses a large-format 1950s view camera and black-and-white film to take beautiful formal portraits of her subjects with natural light against simple backdrops. She takes photos for publications like Vogue and the New York Times Style magazine and teaches at the International Center of Photography in Manhattan.

As you reach the third floor, letterpress posters by Carl Pope fill the wall before you. His posters mimic old-style text-only billboards but his messages are contemporary comments on race, blackness and the African American experience, sometimes borrowing ideas and quotes from films, songs, poems and news articles.

Deborah Kass’ paintings draw from pop art, often reworking well-known images or using bold text against a vividly colored background. Her 1998 painting “Daddy I Would Love to Dance” is featured in the Transpose section. Her painted aluminum sculpture OY/YO commissioned for Brooklyn Bridge Park is currently installed in front of the Brooklyn Art Museum.

Del LaGrace Volcano, a self-described “part-time gender terrorist,” is a person of many identities. The array of Volcano’s self portraits show the artist in many different guises and personas to advocate visibility for differing gender and sexual identities. Volcano lives in Sweden and exhibits internationally.

In an astounding seven-minute video, Colombian artist Carlos Motta is being crucified upside down. He also works in other media, such as sculpture, text-based blood paintings and wood engravings in which he addresses the historical suppression of identities, focusing especially on oppression caused by colonization and religion.

We were able to talk with San Francisco filmmaker Anthony Cianciolo, who is making a documentary about artist Jerome Caja, whose work is shown on a significant wall space on the gallery’s fourth level. Caja (who died in 1995) created miniature works showing imagery such as birds, clowns, rotten fruit and broken eggs that allude to desire, death and body degradation due to AIDS. He often used materials such as cosmetics, nail polish, whiteout, newsprint and even a friend’s ashes. To appreciate Caja’s work, you will need to inspect the details of each small work. Cianciolo says he has recorded 120 hours of film and hopes to see the film released in 2021.

Jonathan David Katz curated the 2017 Art AIDS America exhibit at the former Alphawood Gallery. The Alphawood Foundation, which takes socially engaged and activist art as its mission, funds the About Face exhibit. Its other exhibits have included Then They Came for Me, an exhibit on Japanese internment camps in the U.S. during World War II, and Ai Weiwei: Trace in Chicago, featuring Lego block portraits of 100+ activists and political prisoners.

About Face: Stonewall, Revolt and New Queer Art continues at Wrightwood 659, 659 W. Wrightwood Ave., through July 20. The gallery is open Wednesday-Saturday. A limited number of free tickets is released at 10am on Mondays for that week. Tickets also may be purchased for $20. Walk-ins are not accommodated. Note to parents: Some of the subject matter of the exhibit may not be appropriate for children.