Tuesdays with Woodie King on Theatre 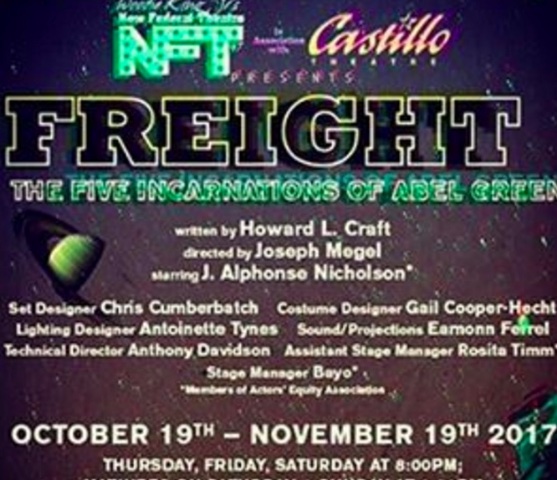 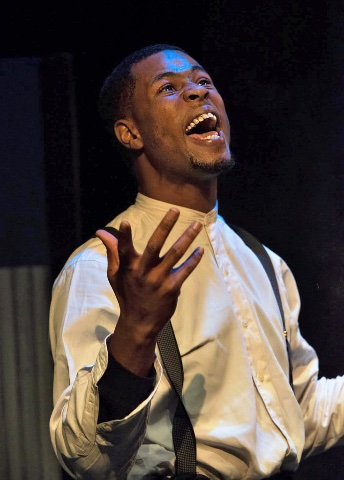 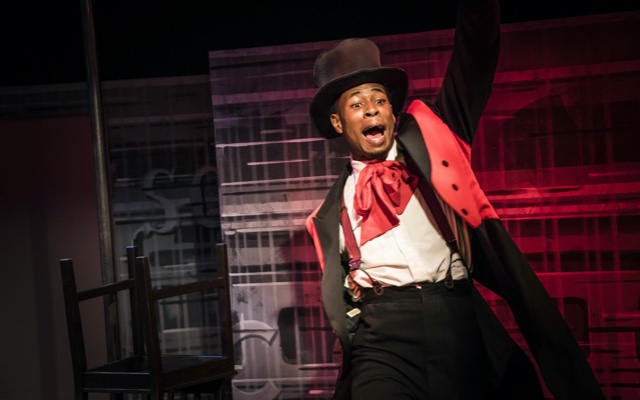 The New Federal Theatre mounted an indomitable and arresting production of "Freight" in the fall of 2017.

Now we find out how this came about.   Howard Craft started life as a poet and novelist.  His father, who spent a lifetime on his own novel, working in the wee hours of the morning every day before work, set the stage.  Craft one day saw an ad for a play competition.  He was not a playwright. How to become one?  He went to the library and read every one of August Wilson's plays he could put his hands on.  Wilson 101 helped him complete a work and submit it.  To his amazement, he won.  And he won $250.

On the left side of his desk sat a stack of rejection letters from publishers of proposed novels.  On the right side sat a $250 check.  Suddenly Craft was not a novelist. He was a playwright.

The North Carolina art museum in Durham was having a tour for important donors.   Several short pieces were to be performed before various paintings.  Craft was asked to contribute.  He had certain actors in mind.  Two turned him down.  In the meanwhile, he had met J. Alphonse Nicholson.  Nicholson kept begging for the role.  Craft kept telling him he was too young.  Finally he let him read.  It was evident from the first phrase Nicholson shaped that he was the man for the role.

Flash ahead to New York where Nicholson was preparing to audition for a role. He phoned Craft and asked if he could use the ten minute bit.   Craft said, "It's yours."

Nicholson got his role, but the producers were interested in the bit he had auditioned.  They kept asking, "Is there more?"  "Is there more?" Nicholson asked Craft.  "There is now," smiled the playwright.  And so "Freight" was born.

Nicholson is a familiar figure on TV series like "Blue Bloods."  He and Craft have become close friends and now collaborate on developing projects.

What does it take, asks King, to craft a career?  Both playwright and actor agree.  Relationships, hard work, focus and the brilliant hand of producer/directors like Woodie King, Jr.

The lovely actress, director and playwright Elizabeth Van Dyke joined in to ask questions and bring questions from the audience.

This was a lively informative and uplifting afternoon.  When Craft was asked if he would re-tool "Freight" to include recent events, he said no.  A work is a work.  When it is finished, it is complete.  Go on to new work. Bring new insights and new art forward.

Here is the program for the rest of the month.  Join in.

Director Petronia Paley and playwright Larry Muhammad on the birth of the production, "Looking for Leroy."

All events are free but registration is required and donations will be gratefully accepted.  To register, send an email to: nftvirtualprograms@gmail.com.