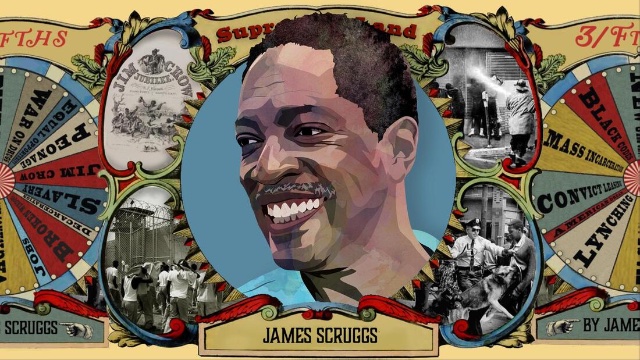 HERE has always been on the cutting edge of multi-disciplinary art. In 2005, they produced Disposable Men by James Scruggs. Scruggs presented the black man as the object of fear in communities which rise up against innocent men of color. Amadou Diallo, shot 41 times on his doorstep in New York in February 1999 was his jumping off point.

Scruggs had hoped at the time that he was putting the nail in the coffin of community uprisings against non-violent black men.  Nails were in fact placed in coffins, coffins of more black men.  We hope again that George Floyd is the final resting place of systemic political racism.  Let us pray that our hopes are realized this time.

It was the image of King Kong, black, fierce and an ape on view that had seered Scruggs' imagination.  He came to understand his own father's fear of doctors.  The syphilis coursing through Tuskagee airmen was left untreated as doctors researched the disease.  A long list of black men who died as the mob prevailed ended the show.  The list has of course swollen since 2005.

Eight video streams. music, live performance and audience interaction make this a lively and forceful presentation.  Kristin Marting, the executive director of HERE, directed.  She has a gift for uniting various art forms in a single, driving whole.

Scruggs does not want to redo the piece for our times.  Instead of a one-man show, he would like to write for several actors, representing different types of men and different ages.  HERE, with its powerful commitment to telling stories of our times would be the perfect venue for the new show.