Was a Curator for Williams College Museum of Art 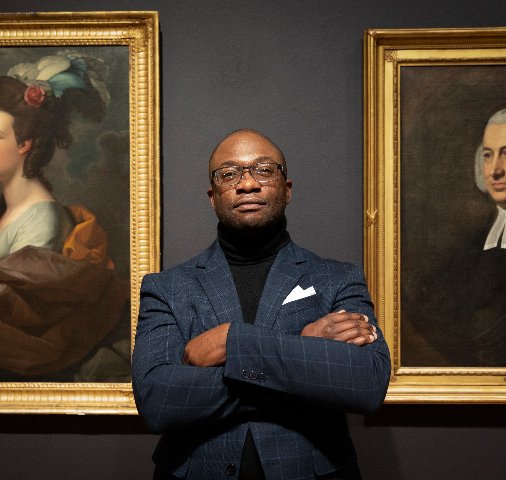 Ballard is currently curator of American art at the Williams College Museum of Art, in Williamstown, Massachusetts, where he was previously assistant curator from 2017 to 2019. He is also affiliate faculty of the joint graduate program in the history of art at Williams College and the nearby Clark Art Institute. Ballard is known to the Williamstown community as an innovative curator and dedicated mentor. He specializes in the art and visual cultures of the United States as well as 17th- and 18th-century art of the British, Portuguese, and Spanish colonies in the Americas. His research interests include 18th- and 19th-century portraiture of the Atlantic World, the history of photography, artists Thomas Eakins and Benjamin West, and the material and visual cultures of religion.

In his role at the Harvard Art Museums, Ballard will join the Division of European and American Art and oversee the museums’ collection of pre-20th-century American paintings, sculpture, and decorative arts. He will work with colleagues across the museums and campus to reimagine the presentation of the art of the Americas and to acquire new objects that will diversify and expand the field. Within Harvard’s rich ecosystem of museums and arts entities, as well as programs in American and African American studies, Ballard will also identify potential collaborative opportunities around campus, including with curatorial colleagues at Harvard’s Peabody Museum of Archaeology and Ethnology.

“Horace’s scholarship and curatorial vision, combined with his experience in engagement and teaching at academic museums, make him an ideal addition to our team at a critical moment,” said director Martha Tedeschi. “My colleagues and I are excited to welcome him and look forward to working together closely on the ongoing rethinking and reframing of our galleries and collections, with the goal of presenting new perspectives on the definition of American art for the 21st century.”

“I believe in the capacious potential of academic museums to refine the ethics of our attention,” said Ballard. “The Harvard Art Museums have long been a laboratory for innovative, multidisciplinary approaches to the material and visual cultures of human civilization. I spent time in the collections as a graduate student, and I experienced firsthand the power of art to incite empathy, wonder, and sociopolitical change. The field of American art is in a period of reckoning and reflection; I am thrilled to be joining the Harvard Art Museums at such an exciting moment.”