A Gambler's Guide To Dying 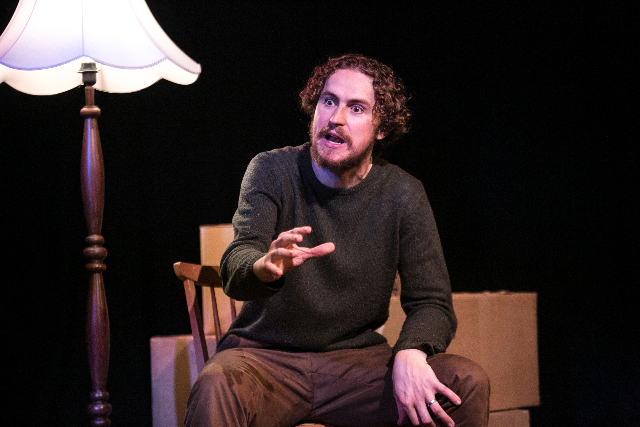 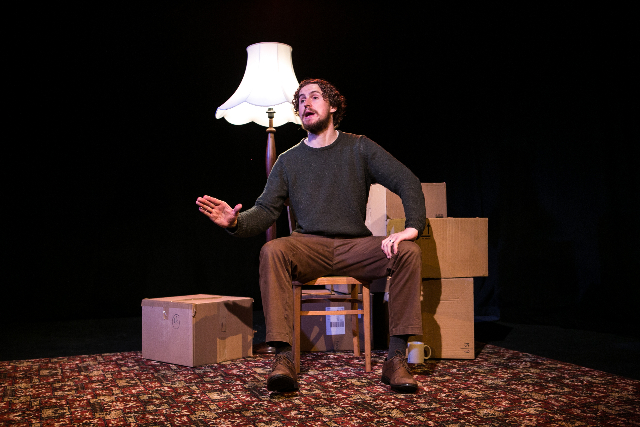 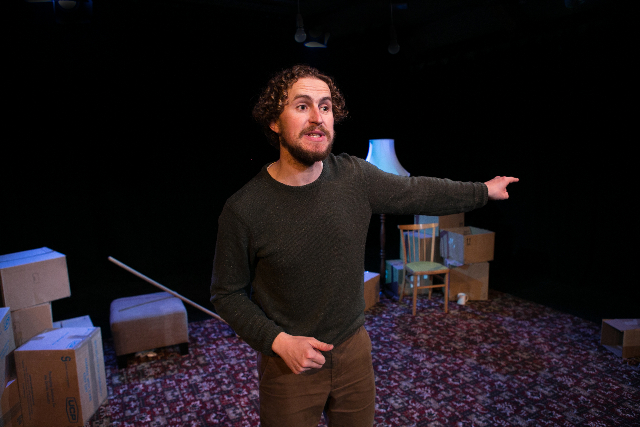 The US Premiere of A Gambler's Guide To Dying showcased a Scottish actor/playwright who handled the storytelling style of this one hour and fifteen minute monologue with charismatic flair.

Gary McNair's rapid delivery, talking at a mile a minute pace matched the fact that life flies by in a flash. He wove a magical tale that was filled with facts and fiction taking on the role of narrator of his grandfather's  extraordinary life through the persona of his grandson.

The Spoleto Festival offering at the Emmett Robinson Theatre at College of Charleston was a perfect venue. It was intimate enough for the audience to concentrate on every word uttered by McNair in a Scottish accent that was melodic and delightful.  His monologue, however, may have been challenging to those not familiar with the rhythm of a Scottish brogue.

McNair is a graduate of the Royal Conservatory of Scotland and uses his training well. He could have been delivering Shakespeare as he was so well poised. Clad in casual sweater and scruffy pants, he sported a slight beard and  shoulder length hair giving him a youthful, disheveled, preppy appearance.

The set was as disheveled as McNair in a most appealing way. The stage was filled with brown packaging boxes of the size that would fit a small microwave. There was also a plain chair and lamp. The set looked like either a garden shed or an attic. This worked well for McNair to jump around from box-to-box and chair to floor. At one point he assumed a yoga pose. All this action occurred while reciting the monologue without missing a beat. The lamp and drum beats majestically coordinated with McNair's dialogue.

McNair's granddaddy was portrayed as a most important influence in his grandson's life. Through the art of storytelling he conveyed a tale of both a real and a fictitious man who strove  to be extraordinary.

Grandpa Archie Campbell was different things to many people, but to his grandson, he was a hero. Put aside the unflattering adjectives of liar, cheat, rascal, gambler and dishonest villain. The complex but oddly endearing character has a gambling addition and doesn't honor his debts. You are only guaranteed two things in life, life and death. Man tries to make plans but the Grim Reaper prevails.

Archie Campbell became famous, or infamous, when he won a bet that made him a rich man. Then life threw him a curve ball. He was diagnosed with terminal pancreatic cancer. Typically he wages a bet to live longer than predicted. The grandson, with compassion and humor, shared the tale of woe he felt for his grandfather's plight. There is a special bond that permeates this monologue between grandson and grandfather.

The audience felt the pain as this poignant play evoked for all of us the loss of loved ones.

Gary McNair is a theatre-maker based in Glasgow, Scotland who enjoys both directing and acting. Clearly, he learned a lot from his grandfather's story which is so richly told. .

There was a compelling takeaway from this superb performance. Enjoy what life has to offer and raise the bar as high as it will go. Do this for the sake of a legacy to be shared with loved ones left behind.