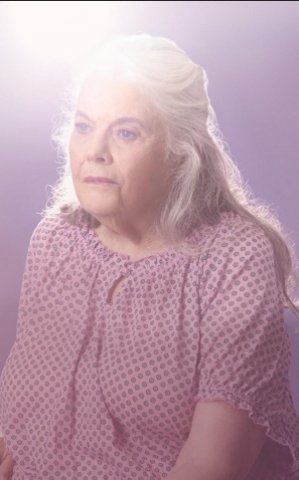 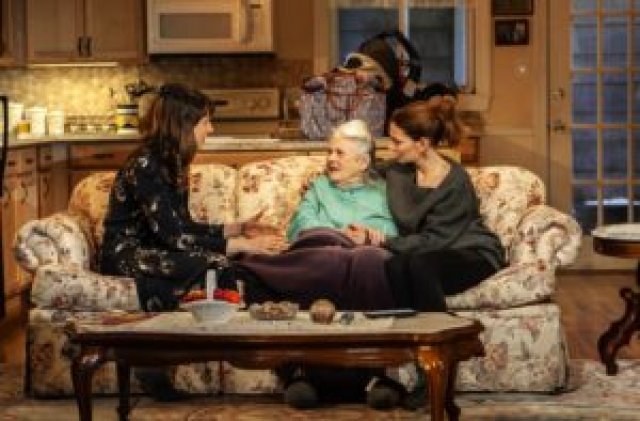 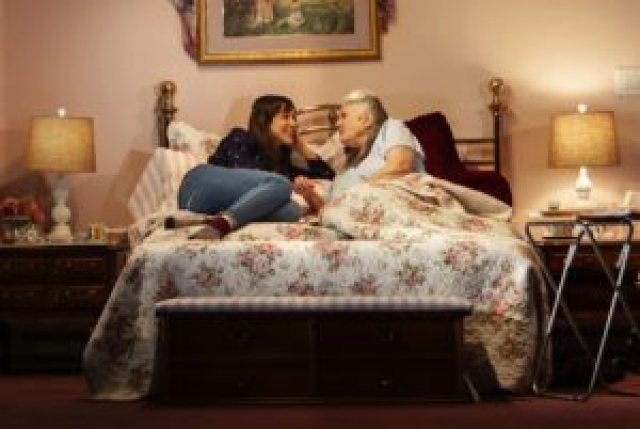 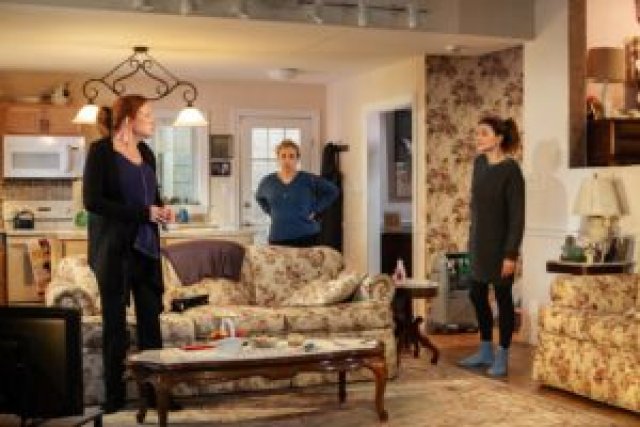 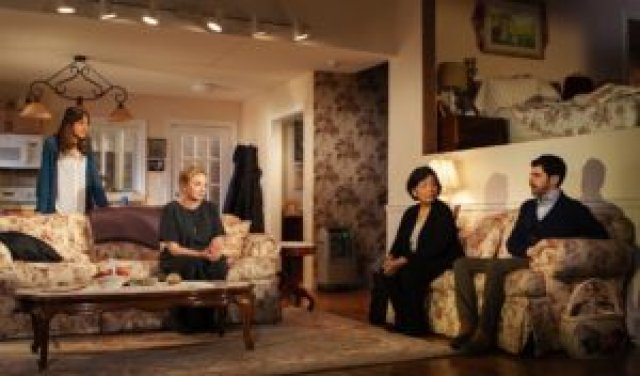 Brian Miskell, a social worker, reports that he is feeling better. J. Smith-Cameron and the hospice leader played by Mia Katigbak look on. 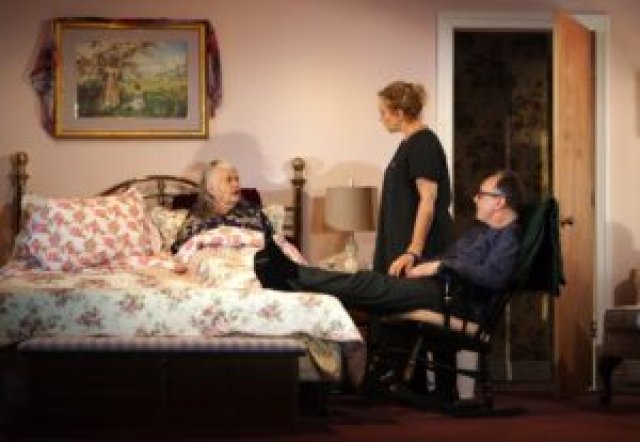 An Armenian Grandmother lashes out at two of her children, played by J. Smith-Cameron and Paul Lazar. 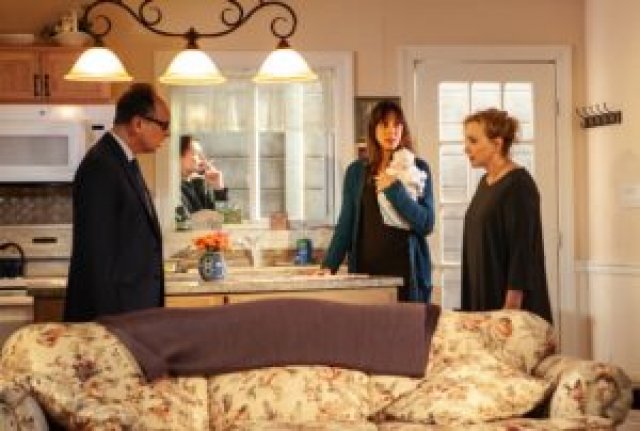 No resolution for Paul Lazar, Heather Burns, a great-grandchild and a daughter, played by J. Smith-Cameron.

Peace for Mary Frances by Lily Thorne is produced by The New Group at the Pershing Square Signature Center. It is in many ways a tough play, a domestic drama set during the final weeks of hospice at home. How hospice works is textbook true, with a hospice nurse, a social worker and someone performing day- to-day nursing duties.

At first Mary Frances, who has decided to die, wants no strangers in her home helping her to exit. By the end strangers, like the charming home aide played by Melle Powers, seem to be preferable to warring siblings. If at some point in life we do not make peace with our parents, development is arrested. None of Mary Jane’s children have come to terms were her. Each has a different form of arrested development.

In the play, it is easy to see why they are stymied. Mary Frances is cantankerous, willful and apparently beat her children. Lois Smith is commanding in the role.

One daughter is an incurable drug addict. Another earns her living doing astrological readings online. The son is a lawyer and this gives him a good excuse to spend as much time as possible away from the house.

Money is a big issue. It usually is. But that’s because so many more subtle family struggles go unresolved when money is front and foremost.

The drama has been written in bits which are separated by a bell like sound. Tyler Micoleau handles the sound effectively. Time changes without note. Perhaps it feels this way when you are on a death watch. All moments, hours, days flow into one. Jessica Pabst's lighting helps to transition scenes.

It is common for daughters to be at each other’s throats in families, particularly when a mother is as insensitive and mean as Mary Frances. This is an Armenian family, a group well-known for having a low boiling point.

Mary Frances prefers her drug-addicted daughter Fanny. Is this wish to do well by Fanny what gives Mary Frances peace at the end? Or are the increasingly heavy doses of morphine, given to make her death painless, the equivalent of a peaceful passing?

The brother, like many men in families, uses his work as an excuse not to be involved. Paul Lazar captures the role in a defensive passivity. He is the child who stands over the mother at the end, and declares that she was a good mother. Someone has to keep up the family myth.

The second daughter has raised daughters of her own, although there is a suggestion that she beat them, just as her mother had beaten her.

Characters and relationships are portrayed in snippets. In the blink of an eye, it is difficult to catch the mood or the outline of a portrait. Mia Katigbak as the managing hospice provider is appropriately flat. The social worker (Brian Miskell) suggests that he is feeling better. This appears to be his goal, which may be why the mood in the household is so full of rage and disappointment. Making the characters as ugly as they are has the advantage of making them seem real and also the disadvantage of making them seem real. Only the two granddaughters think they’ll miss Grandma. She provided them an orderly home to visit and regular meals to look forward to when they were young. Love often skips a generation in families.

While many truisms are on display in the play, it has a more documentary than a dramatic feel. Perhaps this is because the playwright is new to theater having spent most her career as a documentarian. Lila Neugebauer directs for moments of touching humor and bald fury. The subject matter is important to present.