MoMA Streams "Right On" from The Last Poets

Produced by Woodie King Jr and Directed by Herbert Danska 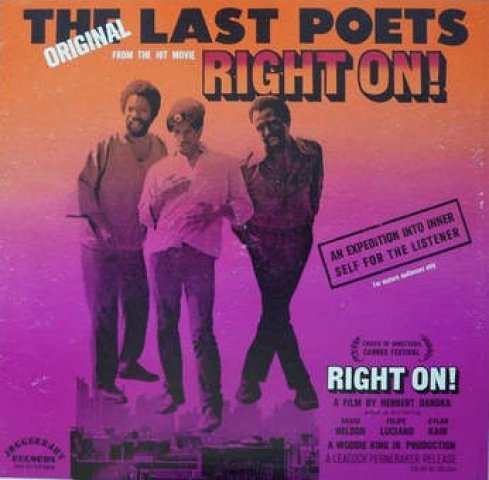 Right On! with The Last Poets streaming on MoMA. 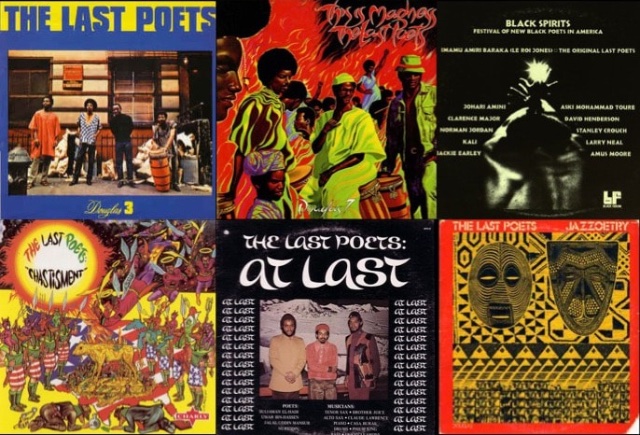 The Last Poets were formed on Malcolm X's birthday in 1968.  Ellis Haizlip was producing the first black television show, Soul on Chanel 13.  Black voices were rising from the streets and rooftops.  You cannot underestimate the importance of the Last Poets' influence on the future of black music.  Their lyrics are poetic and almost unbearably strong.

The film is a raw blend of poetry, music and theater.  We enter a world framed by voices, throats, backbones and breath.  We are led into a new sonic landscape.  Emerging from the hustle and flow of the hood, the drums beat a steady forward motion from a rooftop view of the world.  The bottom row of church pews is now on top. We sense a new world coming.  It has taken a very long time.

The Last Poets influenced hip hop and artists up to Kayne West, Was, DST and Common.  Outspoken, politically engaged voices still look to them.

Right On! was not screened often after its original release. MoMA's restoration premiered at the Museum in 2013.

Where did the Last Poets go after Right On!? Felipe Luciano followed the advice of mentor-poet Amiri Baraka and shifted his creative energies into the explicitly political  Puerto Rican militant organization the Young Lords. It had formed in 1969 a year prior to the debut of Right On! Now he continues to “serve the people” as a well-known New York City community activist, frequent political commentator, and media producer.

David Nelson changed his name to Dahveed Ben-Israel and then to Dahveed Nelson and has relocated to Ghana where he continues to recruit other African descendants to develop ties with the West African country through repatriation. Gylan Kain has relocated to Atlanta where he continues to (re)create under the nom de plume “Kain the Poet: a Rap-Rock-Indie-jazz-holy roller-existential-blues poet.” And channeling the Yoruba trickster god Eshu in the form of an Afro-surrealist bluesician, he wrote on his now defunct website: “Ye that hath seen me, hath seen Baby Kain and no one cometh to my father except by me. My name is Kain The Poet and I just got here!”

Watch Right On!  here through June 18.