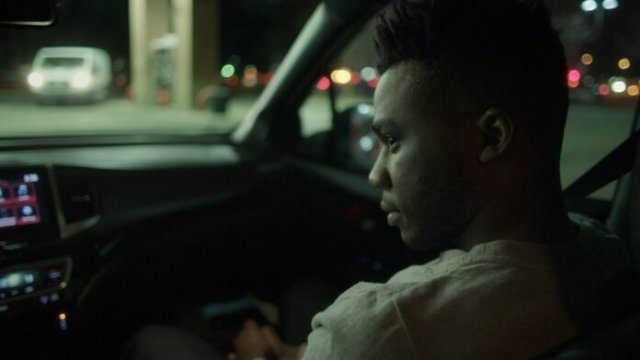 The Coronavirus Pandemic (Covid-19) for the last four months has thrown the entertainment industry into chaos resulting in film and live theatre postponements and shutdowns from coast to coast.

Presently in the world of theatre and film there are no venues open to serve film festival fans.  The Palm Springs ShortFest festival held in June, was adversely impacted. Every year the festival normally anticipates thousands of fans and filmmakers from all over the globe to attend.  This year’s annual Palm Springs ShortFest hit a speed bump. The worldwide coronavirus pandemic killer forced festival officials into presenting their acclaimed festival but just not in brick and mortar buildings this time.

For the first time in the festival’s history, ShortFest, will not host an in-person event.  Instead, the  Palm Springs ShortFest, one of the most prestigious film festivals and the largest film market for short films in the world, remains undaunted and will present a ‘virtual festival’ that will run from June 16 through June 22, 2020.

It may not be the ideal format that these young and gifted filmmakers submitting their films for presentation were expecting, but the more than 6000 plus short films submitted from sixty-nine countries has been curated and whittled down by Artistic Director Liliana Rodriquez and her co-director of programming Linton Melita, along with their programming team to a manageable 332 films for this ‘virtual’ festival. It’s going to be a learning experience for all: filmmakers, writers, directors, producers, distributors, short film devotees, and ShortFest officials.

Submitted and accepted films will be available on the festival website: www.psfilmfest.org for free viewing during the festival dates.  Also, according to festival officials film industry executives, filmmakers, animator/technicians and creative artists will participate in virtual classes and panels; enriching this first ever virtual festival experience.

332 films may sound like the festival programmers have over programmed the event for a five day festival schedule. However, it’s the film-goers who support and favor the short film format that drives the festival officials every year to broadly program subject matter when finalizing the total number of selections to present.  The filmmaker artists who create these films prefer to tell their stories in various running time increments, without adversely affecting the stories, be they 5, 15, 30 or 45 minutes in length.   Most filmmakers write and create films to please themselves first, and hope their stories will resonate with an audience.

Criteria for what constitutes a short film generally ranges from two minutes in length up to 59 minutes.  This year’s ShortFest films delivers lots of insights and emotions neatly wrapped in comedies, action films, mystery, romance and dramas, the same as feature films do.  If this short genre in storytelling appeals to you then this festival is definitely the film festival for you.

According to Co-director of programming Linton Melita, this year’s festival is particularly strong in animation. With fifty films in the animation category alone, it gives audiences a wide selection of subject matter to see, appreciate, and enjoy.

Without putting my critic thumb on the scale before the festival even begins let me say some buzz surrounds the animated films: “If Anything Happens I Love You”, the subject of grieving is the main thrust. “Per Aspera Ad Astra” which garnered a special mention from the Jaipur International Film Festival in January of this year before the Covid-19 pandemic arrived, follows a hen who is a housekeeper trying juggle her family life, her job and her mother.

In the documentary category both co-directors of programming Liliana Rodriquez and Linton Melita discussed the subjects of immigration, women’s healthcare and reproductive rights that films will cover. “Welcome Strangers”, directed by Dia Sokol Savage, follows a woman who helps with a non-profit taking in people released from Immigration and Customs Enforcement (ICE) detention in Colorado.

Juried Award category winners will be announced Sunday, June 21 by the committee presenting them with their awards and cash prizes worth $25,000, including five coveted Academy Award qualifying films into the 2020 Oscar considerations list for the 2021 Oscar’s ceremony.

For information on how to become part of this popular film festival go online to www.psfilmfest.org or call 760 – 322 -2930 for additional information.