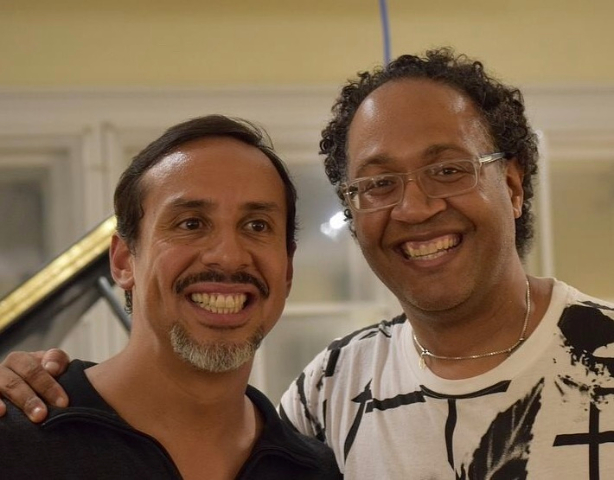 The Sonicals: Joel A. Martin and George Lopez 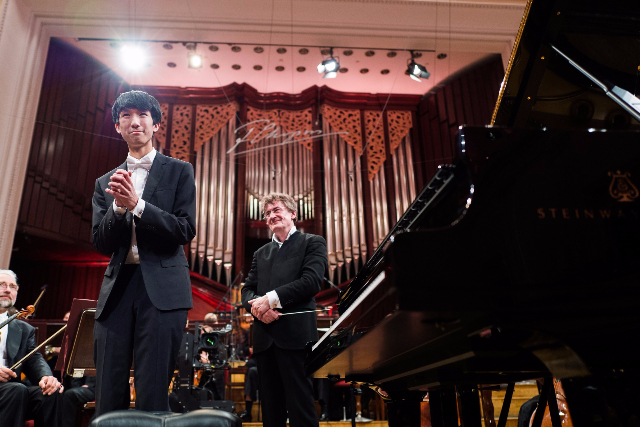 Eric Lu at the Chopin Finals 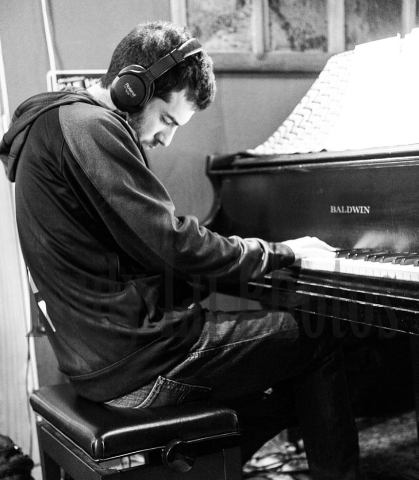 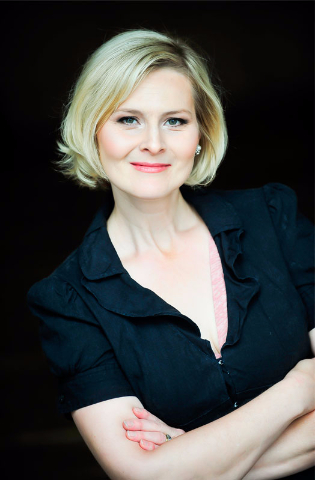 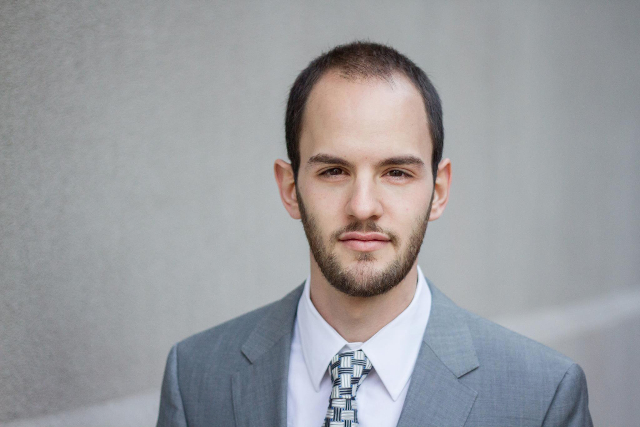 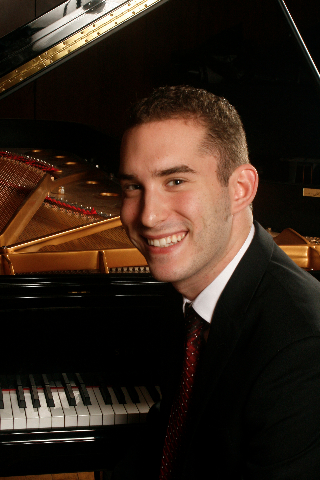 The Bennington Center for the Arts, in collaboration with Summer Sonatina International Piano Camp, will be offering a five-week Friday night concert series beginning in June. Summer Sonatina is a  camp for aspiring young pianists based in Old Bennington, Vermont.

After a week of intense keyboard work, Summer Sonatina celebrates with out-of-town Friday night excursions to regional performing arts centers so that the students can experience exceptional musicianship first hand. This year, however, Friday night events proved hard to find, and so Sonatina Director Polly van der Linde determined that she would instead craft her own program for The Bennington Center for the Arts.

The series will feature a duo piano ensemble known as the Sonicals, comprised of faculty members at Summer Sonatina, whose signature sound is a fusion of classical and jazz styles. Young piano savant, Eric Lu, will treat us to Handel, Brahms, Mozart and Prokofiev. Soprano, Sylvia Stoner and pianist, Noah Palmer will present a program entitled “Wonder Women” that includes selections from Schubert and Wolf to Poulenc and Satie to Copland and Bernstein.

Locally grown award-winning jazz pianist, Nick Hetko, will present a rare solo piano concert featuring his signature stellar grooves. And finally Mackenzie Melemed, an alum of Summer Sonatina, returns to the Bennington Center for the Arts for a third time in his young career to close out this series with an ambitious program including Bach, Haydn, Beethoven, Liszt and more.

For the residents of Bennington and beyond, this concert series offers a unique opportunity for music lovers to experience fantastic musicians in the beautiful close-to-home setting of The Bennington Center for the Arts at an affordable price.

THE SONICALS, featuring Joel A. Martin and George Lopez

Pianist/producer/composer/arranger Joel A. Martin is the creator of Jazzical®, a marriage of classical of jazz, and more. He has been featured as soloist with the NY Philharmonic, El Paso Symphony, Springfield Symphony Orchestra, Philadelphia Orchestra, Hartford Symphony, and countless other symphony orchestras.  Joel, at 17 years of age, was the youngest pianist ever, and the first African American pianist, to compete in the 1985 VanCliburn International Piano Competition. In the Fall 2017, Joel collaborated with Kathleen Battle in an historic return concert at the MET Opera House showcasing “Underground Railroad: A Spiritual Journey” to a packed audience of 4,000 people and will be joining her on an international tour for the rest of the year. www.jazzical.com

For this program, Joel will be joined by George Lopez, Bowdoin's Robert Beckwith Artist in Residence, and a dynamic performer, educator, and lecturer for over 25 years. Known in Europe, South America and the US for his "...kaleidoscopic colors and clarity of conception..." (LA Times) in the standard repertoire as well as being a champion of newly written works, Mr. Lopez is comfortable in styles of music ranging from jazz, ragtime to more contemporary styles of improvisation. In 2016 he toured Philadelphia, NYC, the Bay Area, Seattle, Mexico and around New England, making his first visit to Cuba last May to give masterclasses and concerts with the Aries Trio. He created the "Music in the Museum" series at Bowdoin College and has consistently sells out to audiences who enjoy his creative and engaging lecture recitals on the relationship of music to art and ideas.

19-year old pianist Eric Lu is rapidly building an international reputation as a young pianist with enormous promise, and a distinctive musical voice. A native of the Boston, Massachusetts area, Eric Lu won the 1st prize at the 2015 US National Chopin Competition in Miami, and recently, won the 1st prize and audience award at the 2017 International German Piano Award in Frankfurt. Eric has collaborated with orchestras around the world and has received invitations to perform in many important international venues in just the past two years. The New York Classical Review dubbed him a musician of “exceptional musical sensitivity”, and Michael Moran from the Duszniki Festival proclaimed, “The tone he produced was luminous, the articulation spellbinding and exciting, the legato and bel canto desperately moving.” Following his performance of Rachmaninoff Piano Concerto No. 3 during the final of the International Piano Award, the Darmstadter Echo wrote, “Lu received thundering applause after a sheer unbelievable performance of the work. Oscillating between melancholy and turmoil, he follows the expressive themes of the work with sensitivity, peeling out melodies with fascinating clarity from the virtuosic, densely-written piano part.”www.ericlupianist.com

Nicolas Hetko is an award winning pianist and composer from Cambridge, NY.  He has shared the stage with the likes of James Moody, Matt Wilson, Chris Potter, Buddy Guy, and Dave Holland at countless clubs and concert halls around the world.  This past year he was the grand prize winner of the Six String Theory Competition, went on tour with Lee Ritenour and recorded a track for him.  He holds two ASCAP Jazz Composer awards and three awards from Downbeat Magazine for his compositions and performances.

Before the age of 18, Hetko was selected for the Betty Carter Jazz Ahead Residency, Brubeck Jazz Colony, and the Gibson/Baldwin Grammy Jazz Ensemble.  He was a Grand Finalist in the Nottingham International Jazz Piano Competition and the Jacksonville Jazz Piano Competition, and was a recipient of the prestigious Stamps Scholarship at the University of Miami. Nick Hetko now resides in New York City where he performs and records regularly with a variety of artists spanning an array of different genres as well as leading his own trio, Three Leaf.  In addition to his piano playing, Nick also is an adept producer and is involved in the mixing and mastering of projects for both himself and many other artists. www.nickhetko.com

Soprano, Sylvia Stoner, she has performed across the country in opera and theater including at the Des Moines Metro Opera, Shreveport Opera, Opera Omaha, Union Avenue Opera, Kentucky Opera, Lake George Opera, Lyric Opera of Kansas City, Kansas Concert Opera and the Kansas City Puccini Festival. She has performed various chamber works including Resphigi’s Il Tramonto in Italy with Orvieto Musica, as well as contemporary classical with the NewEar Ensemble, and early music with the Spencer Consort.  She most recently was the soprano soloist in the “Dona Nobis Pacem” by Vaughan Williams with the Battenkill Chorale Chorale, and in Beethoven’s “Mass in C” with the Skidmore Chorus, and performed “Knoxville:  Summer of 1915” with the Skidmore Orchestra. Most recently she created and performed the role of Emily Dickinson in a new work of music-theatre called “Sister—Show me Eternity” which premiered in upstate New York and toured in Nebraska, and will be performed in Minnesota this fall.

She was a regional winner of the National Council Auditions for the Metropolitan Opera, and a finalist in the Marcella Sembrich competition, the Naftzger and NATS competitions.  Acting credits include the national tour of Terence McNally’s MARIA CALLAS:  MASTERCLASS, as well as productions with the Kansas City Repertory Theater, the New Theatre, the Metropolitan Ensemble Theatre, Starlight Theater, and Quality Hill Playhouse. She obtained her Doctorate of Musical Arts Degree with honors in vocal performance at the University of Kansas and is currently the Artist-in-Residence in Voice at Skidmore College. www.sylviastoner.com

Acclaimed conductor and pianist Noah Palmer will accompany Ms. Stoner for this program. Mr. Palmer is the Artistic Director of the Northern Berkshire Chorale in Williamstown, Massachusetts and accompanist for Albany Pro Musica, the Capital Region’s leading choral ensemble. He is also Musical Assistant for the Broad St Chorale and Orchestra in Kinderhook, NY. As a choral conductor he has led, among other groups, the Sage Singers and the Vermont Symphony Orchestra Chorus. He has performed as a soloist and chamber musician in the United States, Europe, and China.

Twenty-two-year-old pianist Mackenzie Melemed began performing concerts at a young age, notably for senior citizens, charitable organizations and at local schools, where he encouraged students to share their talents within their communities. Melemed has performed at The White House, Carnegie Hall and in recital throughout the United States, Czech Republic, Finland and Japan. He has won numerous national and international piano competitions, including 5th prize at the 2012 Gina Bachauer International Young Artists Competition, 1st prize at the Hamamatsu Piano Academy Competition, and most recently 1st Prize at the Iowa International Piano Competition. Melemed graduated with the Bachelor of Music degree and will be finishing up his Master of Music degree as a student in the accelerated B.M./M.M. program at The Juilliard School. Melemed studies with Robert McDonald and enjoys foreign languages, recently completed studies in Finnish at Columbia University, and will be participating in the Maj Lind Piano Competition in Helsinki in August. www.mackenziemelemed.com

In addition to this Friday night concert series the students of Summer Sonatina will be offering free performances at the Bennington Center for the Arts every Thursday evening at 7pm as a showcase of the skills they have been working on during the week.

The Bennington Center for the Arts is located at 44 Gypsy Lane in Bennington, VT and boasts seven large galleries, a covered bridge museum, a collection of Native American artifacts and art works, studio space and a lovely 315 seat theater equipped with a world class Fazioli piano.

The theater will open at 7:30pm and all concerts will begin at 8pm.  Tickets are $15 in advance and $20 at the door, children 12 and under are admitted for free. Tickets may be purchased by calling The Bennington: 802-442-7158. More information can be found at www.TheBennington.org or www.Sonatina.com.