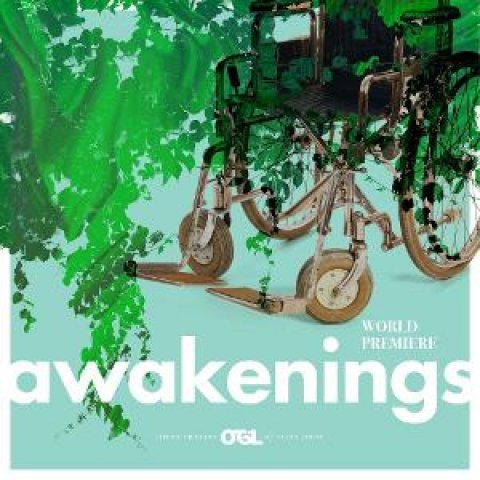 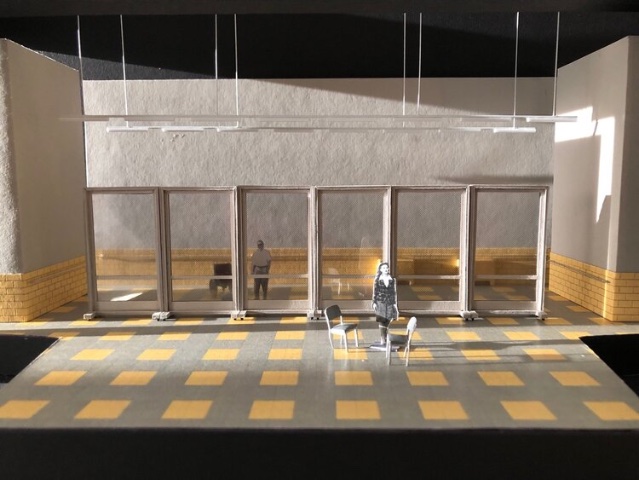 Set by Allen Moyer for Awakenings at Opera Theatre of St. Louis 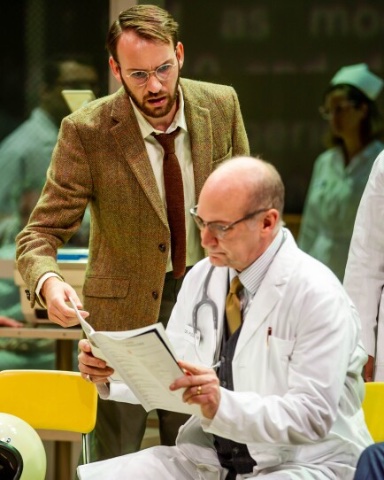 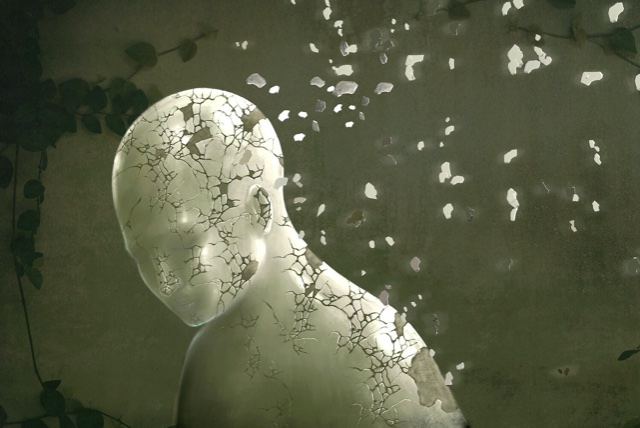 Awakenings asks the question: What does it mean to be human? 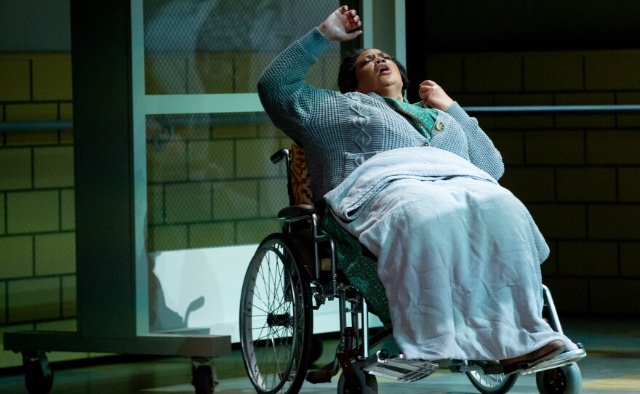 A patient emerging from 'sleep' overcomes awkward gestures for a moment. 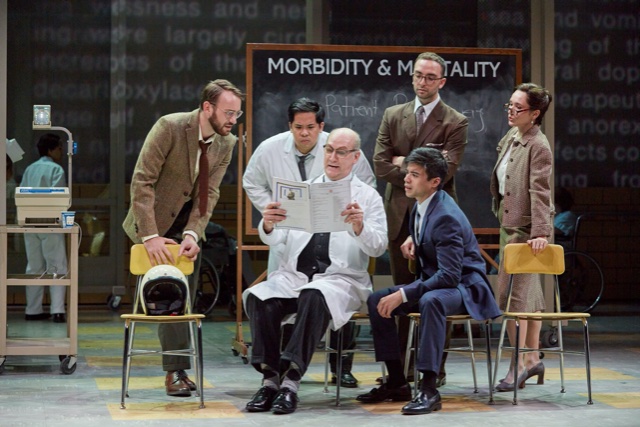 Awakenings challenge the medical profession to step outside the box. 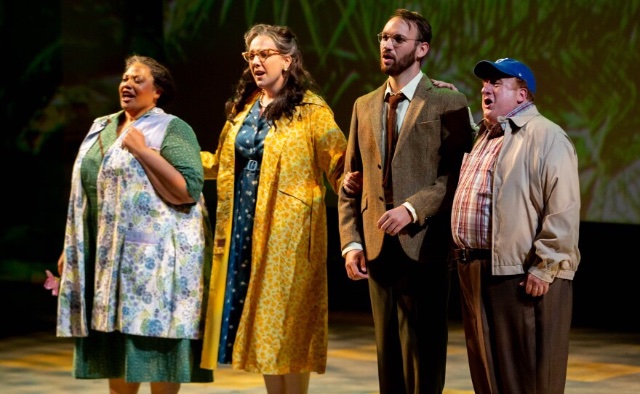 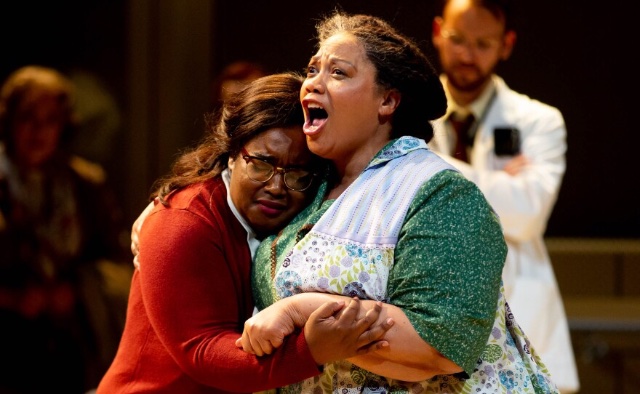 Adrienne Danrich embraces her daughter after decades of sleep. 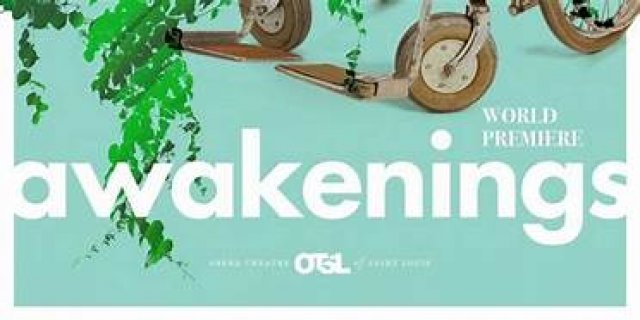 Awakenings is a new opera by the very American opera composer Tobias Picker. In the past, he has musicalized the stories of Judith Rossner, Theodore Dreiser, and Stephen King. Now he takes on a story told by a good friend, Dr. Oliver Sacks.

The Opera Theatre of St. Louis takes advantage of a story’s arc to make scenic points. Moving panes of glass form an entrance way to the world of the sleeping in a Bronx long-term facility.

When encephalitis lethargica hit the world it came in second place to the Spanish flu epidemic, which killed over fifty million people. To this day, the cause of what came to be known as 'sleeping sickness' is not known.

A young British doctor, Oliver Sacks (sung beautifully here by Jarret Porter), had emigrated to the United States. He took what at first appeared to be a thankless job in a long term care facility.  Paralytically shy himself, Sacks was able to emerge from  his own shell when he reached out to patients in his neurology clinical  practice.

He was never a man to give up. Reading medical literature, he was startled to discover L-Dopa, a drug that was helping Parkinson’s patients. Jerky gestures, often frozen into bizarre positions, characterized Parkinson’s and also often cropped out in his ‘sleeping’ patients.

Sacks persuaded his supervisor, sung with great complexity and force by David Pittsinger, to allow him to use the drug on one patient. When it succeeded with Leonard L.,  other patients joined the experiment.

This is the awakening. Portraits drawn by Sacks in his own writing are now expanded into spoken music, arias and even duets.

Standing out in this touching group is Adrienne Danrich, who made her mark recently at Lincoln Center as Mrs. Dickson in the opera version of Lynn Nottage’s Intimate Apparel.  Here she is a grandmother, trapped in her body, who is released to embrace her now grown daughter and a new grandchild. Danrich, a writer and poet as well as a singer, is a St. Louis native. She is curating a song fest on June 21st.

She brings her sensitive soul to bear on her role as Miriam. The awkward shuffle of feet, the jerky hand motions and body shivers, are in retreat at the center of the opera, when it appears for a moment that the new drug is going to work.

This moment gives the audience a sense of what it is like to be born, to come into life. It is the opera’s center. Composer Picker makes the most of the moment, supported by his husband, the librettist Aryeh Lev Stollman.

Singers Susanna Philips, Jared V. Esguerra, Daniela Magura and Marc Molomot each add to our understanding of these patients, their struggle, their triumphs, and their slip back into a stattue state, locked back in themselves as best we know forever. Yet life is ever present on the stage.

Sacks was a botanist and wrote about flowering plants. His description of Charles Darwin, on hands and knees with his children in the backyard garden of his home, using their noses to transfer pollen from one flower to the next, just as a bee might, is for the ages.

One stunning scene in the opera has Sacks and a group of patients visit the New York Botanical Garden to relish the sights and smells of flowers.  Again Picker captures botanical sounds in notes.

Neurologists like Sacks exempt nothing from the domain of science as they develop the physiology of the mind.  Released from his ‘shyness’ as he practiced, Sacks could daily face the richness of human life and the world’s complexity.  Picker and Stollman capture a physician confronting the total being of his patients. Sacks knew that if he did not bring all his senses to bear on his ‘treatment,’ he would be unable to treat them.

The drug did not work. Sleeping sickness remains a mystery.  Yet this opera celebrates life and discovery.  Sacks’ own homosexuality, a mystery to him for so long, also begins to be discovered in this telling of his story.

With James Robinson's subtle direction and under the baton of Roberto Kalb, Awakenings is a moving contribution to opera literature.